This $4.9 Billion Deal Would Create an Australian Gambling Powerhouse 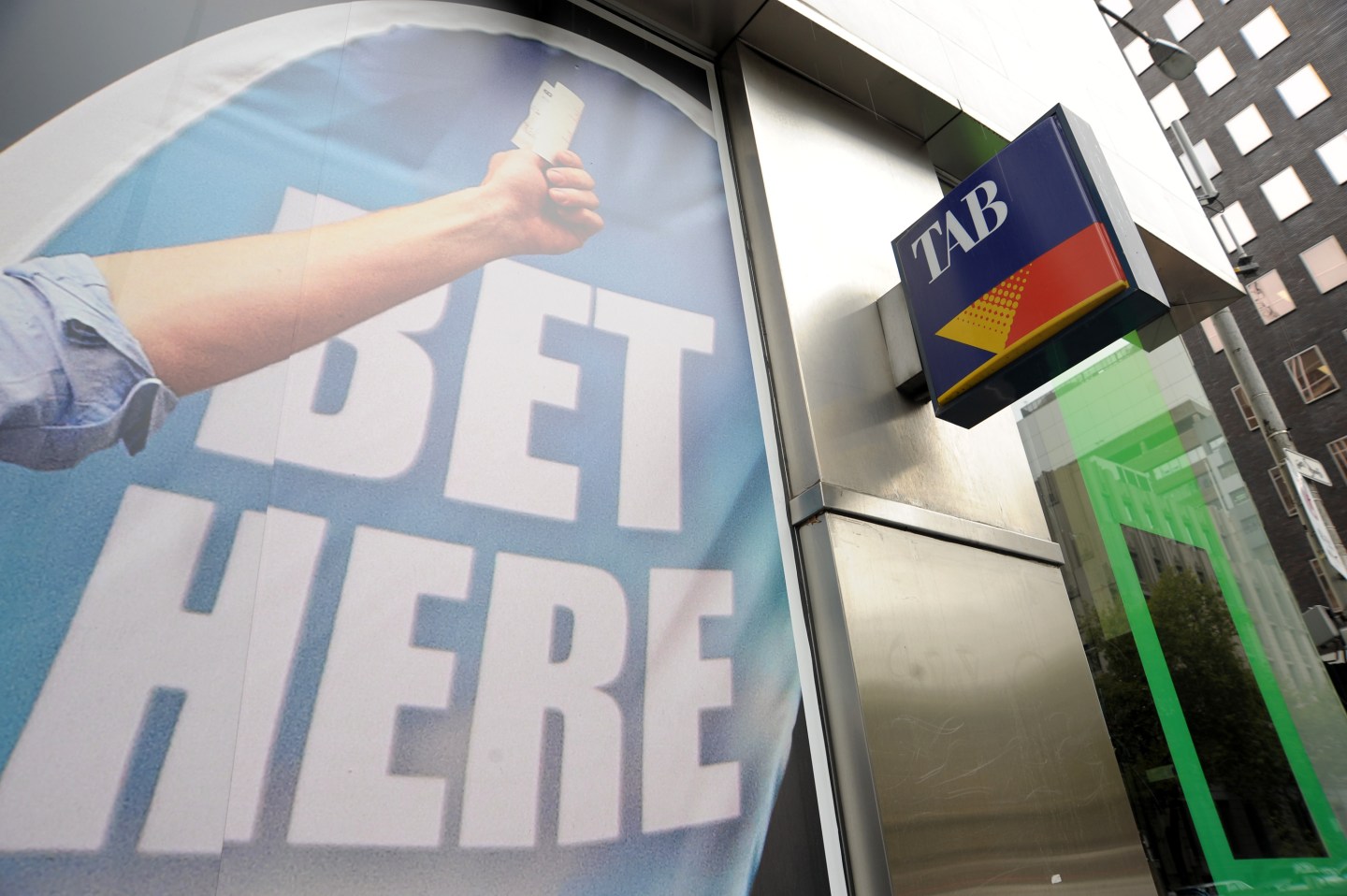 Australia’s Tabcorp Holdings has agreed to acquire rival Tatts Group for around A$6.4 billion ($4.9 billion), forming a gambling powerhouse in an effort to fend off a growing challenge from overseas online rivals.

Tabcorp, Australia’s biggest horse racing and sports betting company, made a primarily scrip offer with a cash sweetener to buy leading lottery operator Tatts equivalent to A$4.34 per share – a 20.8% premium to its closing price before the deal was announced.

The acquisition comes at a time of consolidation in the global gambling industry, and as online betting rivals such as Britain’s William Hill and Ireland’s Paddy Power gain market share in Australia since the deregulation of gambling licenses in 2012.

“The offshore bookmakers have been consolidating and have been penetrating our domestic market,” Harry Boon, chairman of 135-year-old Tatts, told analysts in a teleconference. “The merger of these two businesses creates a stronger platform for us to compete nationally and globally.”

The merged company will have an enterprise value of A$11.3 billion ($8.7 billion) if the deal gains approval from the competition regulator and Tatts shareholders, with completion expected in mid-2017.

“The transaction we are announcing today will create a strong and diverse gambling business well placed to innovate, invest and compete in a rapidly evolving market,” Dwyer said.

Tabcorp and Tatts combined will have 31% of the Australian online betting market, which is growing rapidly at a time when the offline market is declining, Morgan Stanley analysts estimate.

Tatts shares rose by as much as 18% to A$4.24 after the deal was announced, while Tabcorp’s shares were trading as much as 3.2% higher.

This is the third time Melbourne-based Tabcorp and Brisbane-based Tatts have tried to merge since 2006. Anti-trust regulators blocked the deal 10 years ago, and the two firms failed to agree on a proposed merger of equals last year.

While the competition watchdog will scrutinize the latest merger, Deutsche Bank analysts said it should be approved given the more competitive market since 2006.

Australia’s horse and sports betting business is worth A$3.5 billion a year in revenue terms, market research firm IBISWorld says.

The gambling sector elsewhere has also seen substantial consolidation, as bookmakers and online casino companies struggle with tougher rules, higher taxes and the need to remain at the cutting edge of online and smartphone gaming.

Europe’s bookmaking and gambling industry, for example, has seen significant movement among its top players, from Paddy Power, which joined forces with Betfair, to Ladbrokes .

William Hill, Britain’s largest bookmaker and a fixture on the country’s high streets, was until Tuesday in talks with Amaya, the company behind PokerStars online casino.

“The company will be big enough to fend off international competition and they are completing a A$500 million share buyback, further tightening what would be a strong balance sheet,” Matthew Felsman, a wealth adviser at APP Securities, said in an email to Reuters.