Google Stock Is at an All-Time High 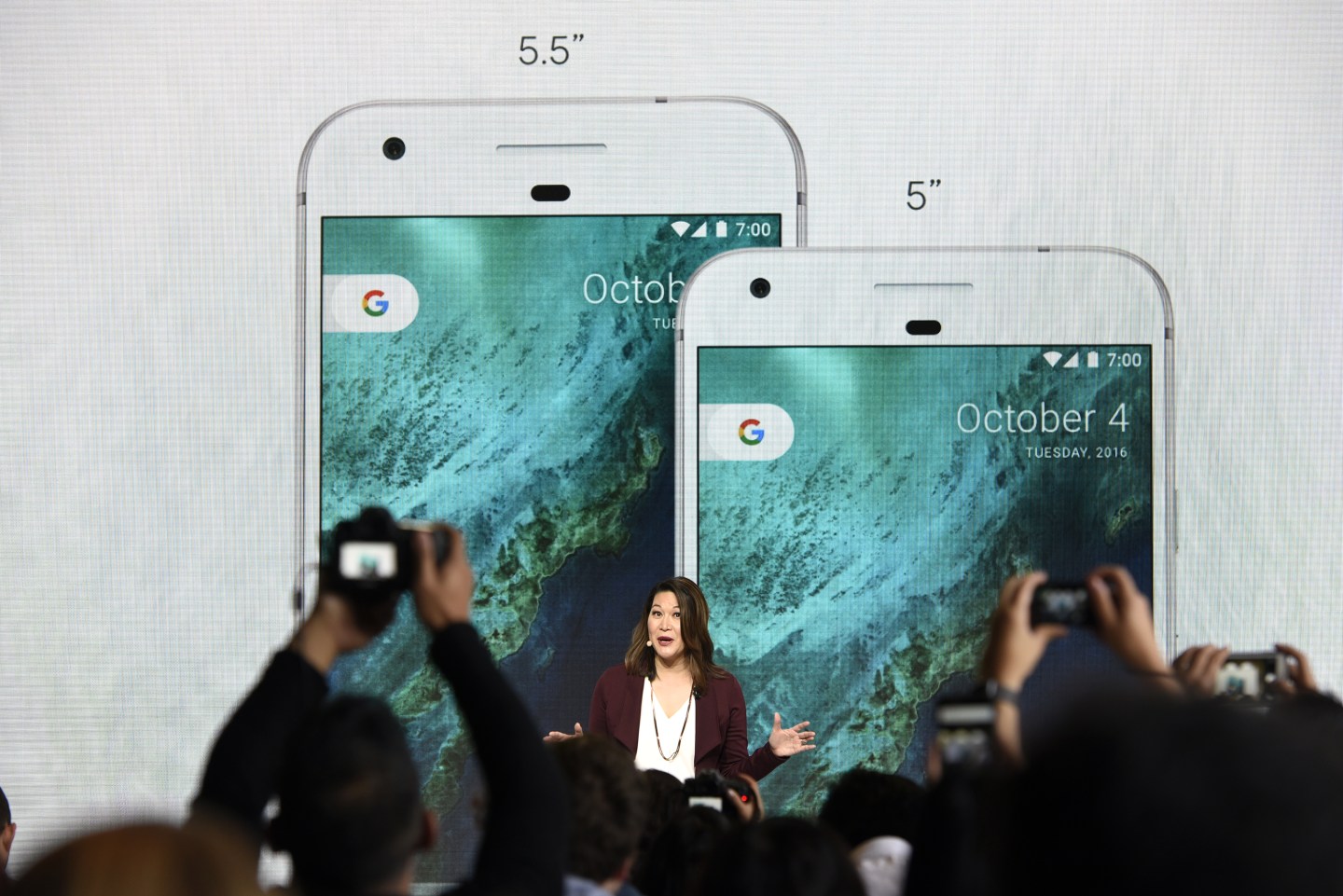 Sabrina Ellis, director of product management for Google Inc., discusses the Google Pixel and Pixel XL smartphones during a Google product launch event in San Francisco, California, U.S., on Tuesday, Oct. 4, 2016. Google is embarking on a wholesale revamp of its mobile phone strategy, debuting a pair of slick and powerful handsets that for the first time will go head-to-head with Apple Inc.'s iconic iPhone. Photographer: Michael Short/Bloomberg via Getty Images
Michael Short—Bloomberg via Getty Images

Google has created an undeniable threat to the Samsung Galaxy and Apple iPhone, tech critics decided.

After reviewers declared the Internet giant’s new smartphone, the Pixel, a glowing success, Alphabet’s stock reached an all-time high of $828.84 Wednesday, adding some $16.7 billion to the company’s market cap and pushing its valuation to $571 billion.

The tech world has praised the Pixel, which was designed by Google but manufactured by HTC, for its long battery life, sleek design, smart AI, great camera, and clean interface.

The Verge deemed the smartphone a “home run,” while Wired wrote that “an iPhone running Android is exactly what I’ve been waiting for.” Other publications, such as Gizmodo, have been less excited about the smartphone, calling it “too dumb and ugly to replace your iPhone.”

According to the Google Store, all iterations of the Pixel XL with a 5.5-inch display are now out of stock. The 32GB, 5-inch, blue Pixel is also sold out as of Wednesday. The phone goes on sale in stores Thursday.

The phone, which starts from $649 for a 32GB model, also has excellent timing. Apple recently released its new iPhone 7 that failed to make huge waves, while the Samsung Galaxy Note 7 has made headlines due to its penchant for catching on fire.

But some Wall Street analysts are hesitant to praise the Pixel, pointing to Alphabet’s shaky track record for hardware. Its Android-run Nexus devices, and even the Chromebook, have failed to catch on, Macquarie Securities pointed out a day after the Pixel was announced. Though for Google, those efforts may have been a test—a way for the company to pave the way for a more wide reaching device.

Google is set to release its third-quarter earnings Oct. 27.