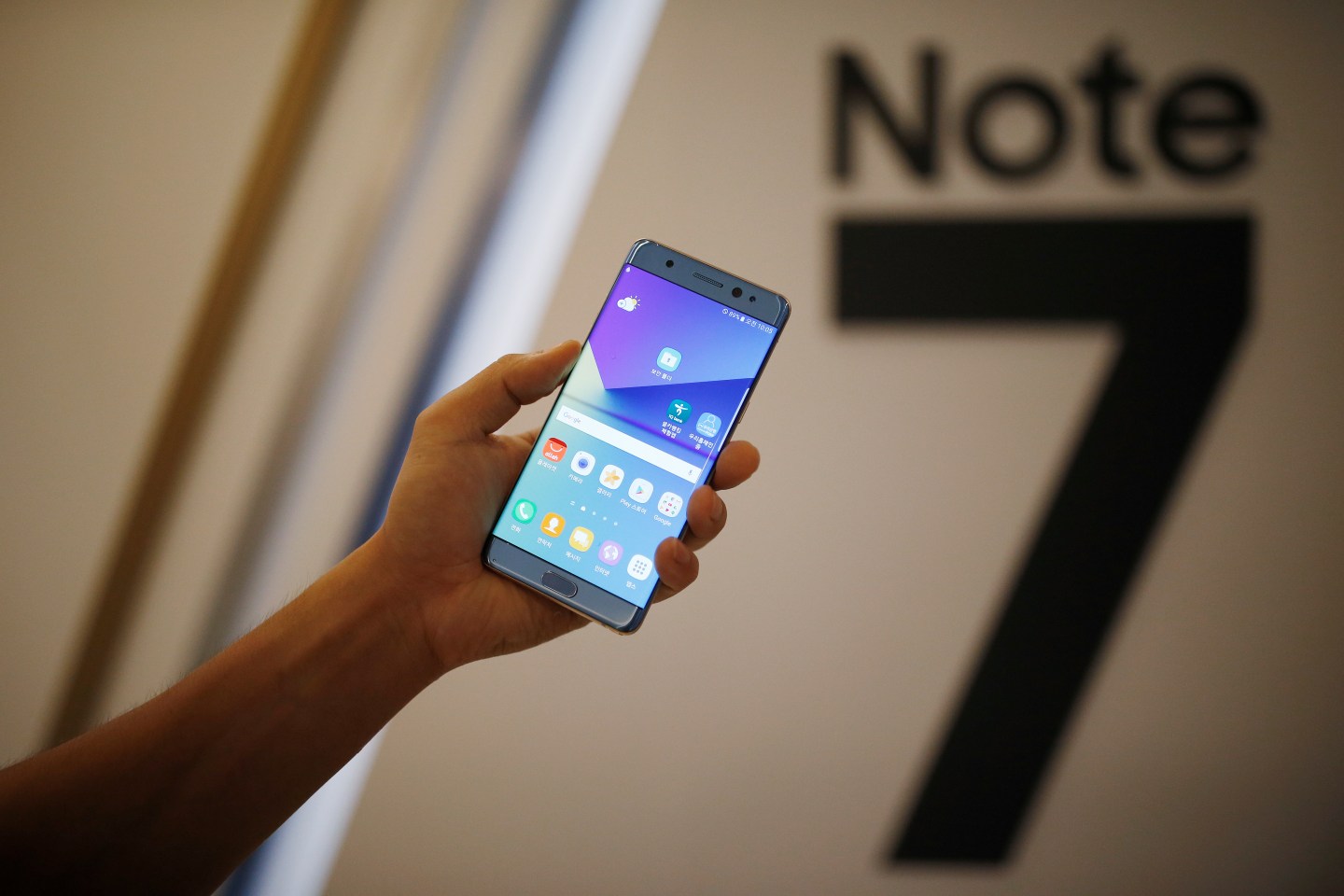 The company is building booths in airports where passengers can return their explosion-prone smartphones to help guard against them being carried aboard airplanes in violation of a federal ban announced last week. The booths, which Samsung calls “customer service points,” reported on earlier by technology site The Verge, are in countries including the U.S., Australia, and South Korea.

The move comes after a number of first-run and replacement Galaxy Note 7s overheated and exploded or caught fire, prompting Samsung to discontinue production. The Federal Aviation Administration and its overseas counterparts are trying to prevent passengers from bringing the phones onto airplane because of safety fears.

The airport exchange booths, which are located before travelers reach security screening, have customer service representatives on hand to facilitate the exchange. Samsung says that people who turn in the devices at airports will receive a new smartphone immediately, though the company didn’t say which models customers would get. The employees at the service booths can transfer a person’s number and data, and have their trade-in credit applied to their next bill.

Samsung’s booths illustrate how desperately the company wants to get the Galaxy Note 7 out of customer hands. Recent estimates from mobile research firm Aptelligent said there were still more than a million Galaxy Note 7s in use worldwide as of last week.

Customers looking to bring a Galaxy Note 7 on a plane should think twice. On Friday, the FAA issued an emergency ban that makes it a federal crime to fly with the Galaxy Note 7 punishable with a fine up to nearly $180,000 per day and up to 10 years in prison.