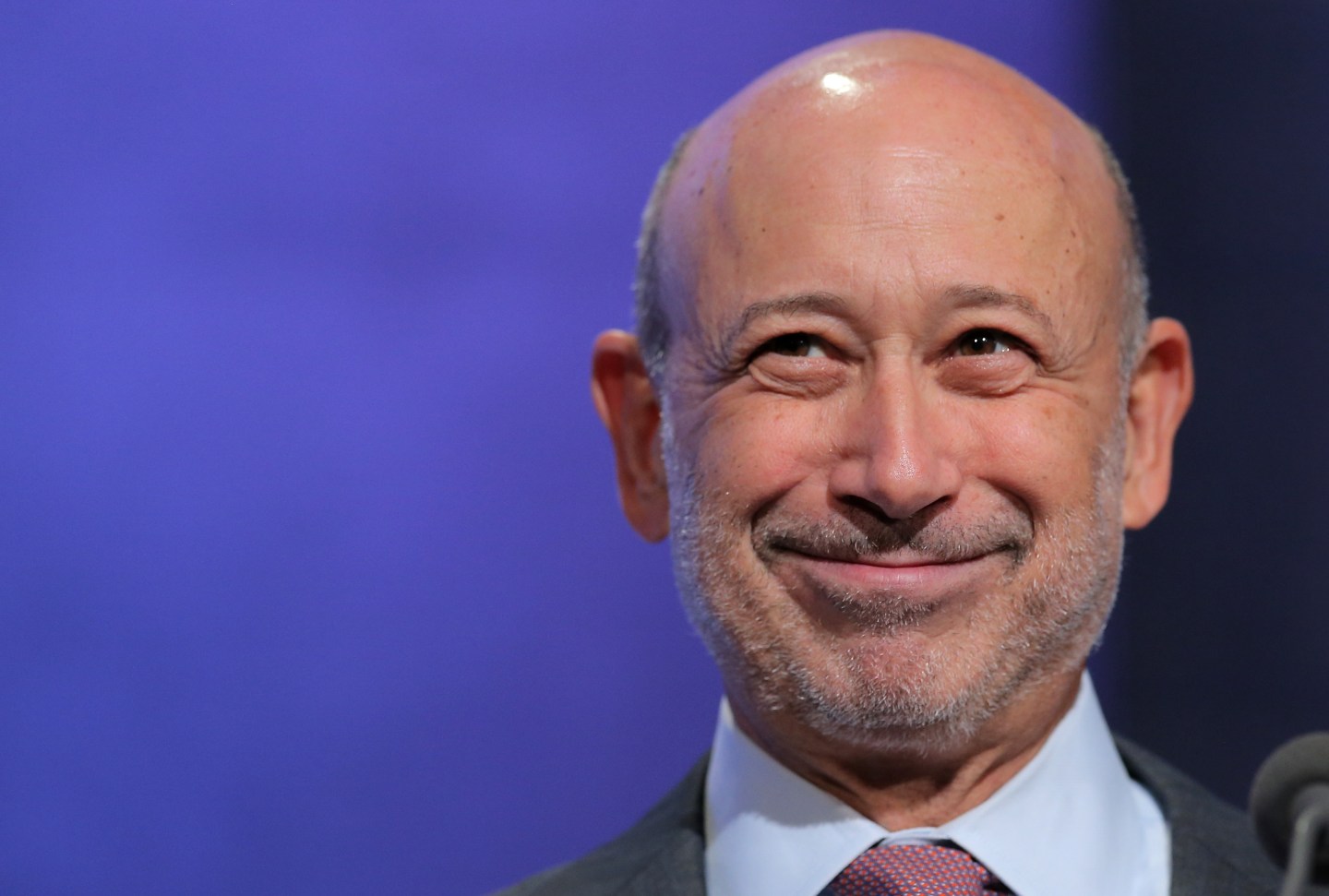 Analysts on average had expected earnings of $3.82 per share, according to Thomson Reuters I/B/E/S.

It was Goldman’s second straight rise in quarterly profit after four quarters of decline.

Analysts had expected revenue of $7.42 billion.

Goldman joins J.P. Morgan Chase (JPM), Citigroup (C) and Bank of America (BAC) in reporting stronger revenue from trading, which got a boost from Britain’s surprise vote to quit the European Union as well as from uncertainty about monetary policy in the United States and elsewhere.

Goldman’s chief rival, Morgan Stanley (MS), is due to report results on Wednesday, wrapping up what has been a better-than-expected reporting period for big U.S. banks.

The bank’s annualized return on average common equity – a measure of how well a company uses shareholder money to generate profit – was 11.2 percent in the quarter and 8.7 percent for the first nine months of the year. Many investors think ROE should be at least 10 percent to cover the cost of capital.

Goldman, like other big banks, has been slashing costs and streamlining its businesses to help make up for sluggish revenue from trading and investment banking as well as to meet stricter capital requirements imposed after the financial crisis.

Goldman embarked on a cost-saving program earlier this year that it hopes will result in annual savings of $700 million.

Investment banking revenue, which includes income from advising on mergers and acquisitions as well as underwriting bond and share offerings, fell 1.2 percent to $1.54 billion.

Goldman Sachs topped all banks globally in M&A fees in the quarter, a slow one for deals, but trailed JPMorgan in revenue from underwriting bond and equity offerings, according to Thomson Reuters data.

Net provisions for litigation and regulatory proceedings fell to $46 million from $416 million.