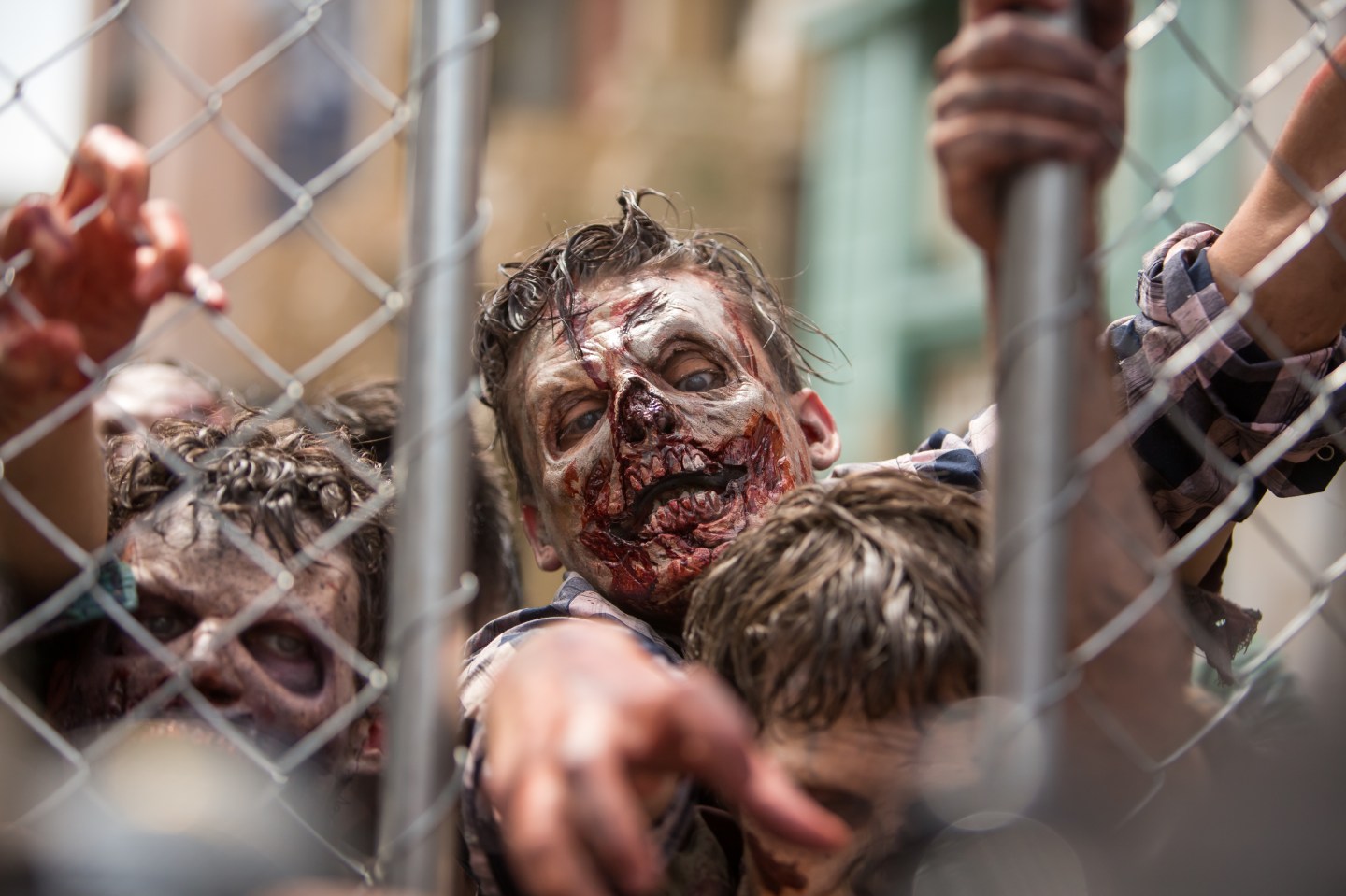 That’s the question someone asked me the other day, after Salesforce.com (CRM) publicly swore off a bid to buy the pioneering messaging company. Twitter’s stock had fallen 30% from the peak of its deal-rumor-fueled high. Google (GOOG), Disney (DIS), and Microsoft (MSFT) were all said to be uninterested as well. My immediate response: “Oh, that’s easy: It becomes a zombie.”

A zombie is a company that people once were interested in that joins the ranks of walking dead. Software maker Sybase was a zombie for years before SAP (SAP) finally bought it. Blackberry (BBRY), once known as Research in Motion, recently recognized its zombie status by discontinuing the product line that made it famous, smartphones. Zynga (ZNGA), the “social” gaming company, has groped in the dark for four years now, more highly prized for its real estate than its prospects to release hit games.

Its rich valuation of $12 billion notwithstanding, Twitter is on its way to zombiehood. Though Twitter (TWTR) loses gobs of money, it does generate a small amount of cash. Its losses are a result of spending an amount equal to 30% of revenues on equity grants to its employees, a non-cash expense. The small cash flow plus an ample balance sheet mean Twitter could last for years. Yet it isn’t growing and doesn’t earn money. More, its compensation expense is a Silicon Valley-inflicted Catch-22: Without the stock grants it won’t be able to attract talent, further diminishing its growth prospects.

Fortune’s Mathew Ingram surfaced a hedge fund manager who thinks Twitter is ripe for buyout by a cost-cutting private-equity firm. That seems unlikely as asset-light tech firms don’t lend themselves well to financial engineering. There’s a reason, after all, that investors in Salesforce opposed the purchase CEO Marc Benioff was keen to make. They saw Twitter’s finances hurting the cloud software leader, which itself isn’t yet profitable.

Being a zombie can’t be fun. But the living dead tend to stay that way for a long time.

Have a lively week.