Why Tesla Is Partnering With Panasonic on Solar Tech 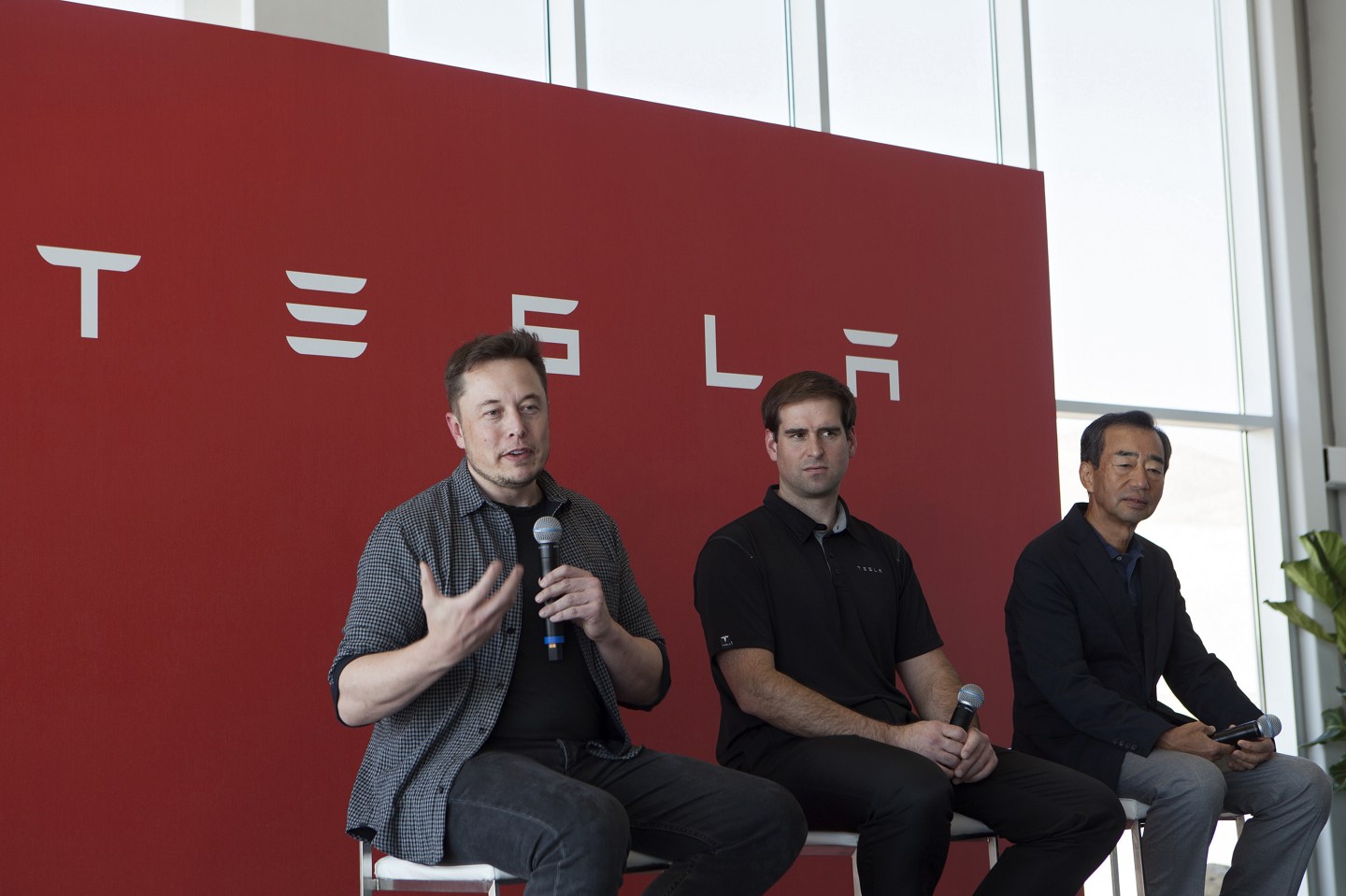 Electric car maker Tesla Motors, which is in the process of acquiring solar company SolarCity, liked its battery deal with Japanese giant Panasonic so much that it plans to do something similar for solar technology. It’s a deal that could indicate the limitations of SolarCity’s current solar manufacturing tech as well as the growing influence that Tesla CEO Elon Musk is having on SolarCity as the companies get ready to merge.

On Sunday night, Tesla (TSLA) dropped news that, contingent of Tesla’s acquisition of sister company SolarCity (SCTY), the combined companies plan to work with Panasonic (PCRFY) to make solar cells and modules at a factory in Buffalo, N.Y.

Tesla said that the automaker plans to use the Panasonic solar cells and modules for a panel that will work with Tesla’s batteries for homes, buildings, and the power grid. Panasonic already plays a major role—in regards to both battery manufacturing and investment—at Tesla’s huge battery factory, which is under construction outside of Reno, Nev.

Tesla’s new Panasonic solar deal could indicate that the Silevo technology is not yet ready to make solar cells at large volumes and at a commercial scale. It’s particularly difficult to scale up newer manufacturing technology and make it low cost enough to be economic.

Update: A spokesperson for SolarCity says that the: “SolarCity/Silevo technology remains an important and applicable component of the end solar module. Both SolarCity/Silevo and Panasonic have been working on similar cell architecture on similar process equipment already. Together we will combine the best cell components from both and integrate them into the new solar module that will be produced in Buffalo, NY.”

The collaboration also shows Musk and Tesla are having a growing influence on SolarCity, as it undergoes the planned merger. Musk appears to be using the same playbook as he’s used for Tesla’s battery factory for SolarCity’s solar manufacturing factory. Musk actually indicated a couple months ago that he might work with a large solar company on solar panels at the Buffalo factory.

In August, on a SolarCity earnings call, Musk (who joined the call for the first time) said that the company had been discussing if it wants to partner with a big solar cell manufacturer to make its solar panels. Solar cells are the core parts of the solar panel that convert sunlight into electricity. Dozens of solar cells are arranged like a honeycomb into a solar panel.

Musk explained that the company has been “entertaining some discussions with strategic partners on solar cell manufacturing.” He added that “some of those could head in an interesting direction.” Musk also noted that SolarCity would still assemble solar modules, which make up a panel, and would produce the overall solar roof system.

Musk emphasized that SolarCity’s “default path” would still be to “continue with the cell engineering internally,” and grow that team. But he also remarked that “there may be some merit to bringing in a strategic partner as Tesla has with the battery cell manufacturing.”

For more on Tesla’s Gigafactory, watch:

Critics have long questioned whether or not SolarCity could effectively scale up the startup Silevo’s manufacturing technology. Silevo was founded in 2007 and developed a new type of solar cell design that uses silicon combined with other materials to make the cell more efficient and to generate more electricity from the sun.

But traditional silicon solar panels have taken many decades to become as cheap as they are today. Panasonic has been working on solar cells and panels for forty years.

At an event this summer at Tesla’s Gigafactory, Panasonic’s executive vice president Yoshihiko Yamada said that Tesla and Panasonic have moved from a relationship of supplier and customer to a partnership that is something “quite new for business.”

This story was updated on October 18th at 7:45 am pacific time to include comments from SolarCity.