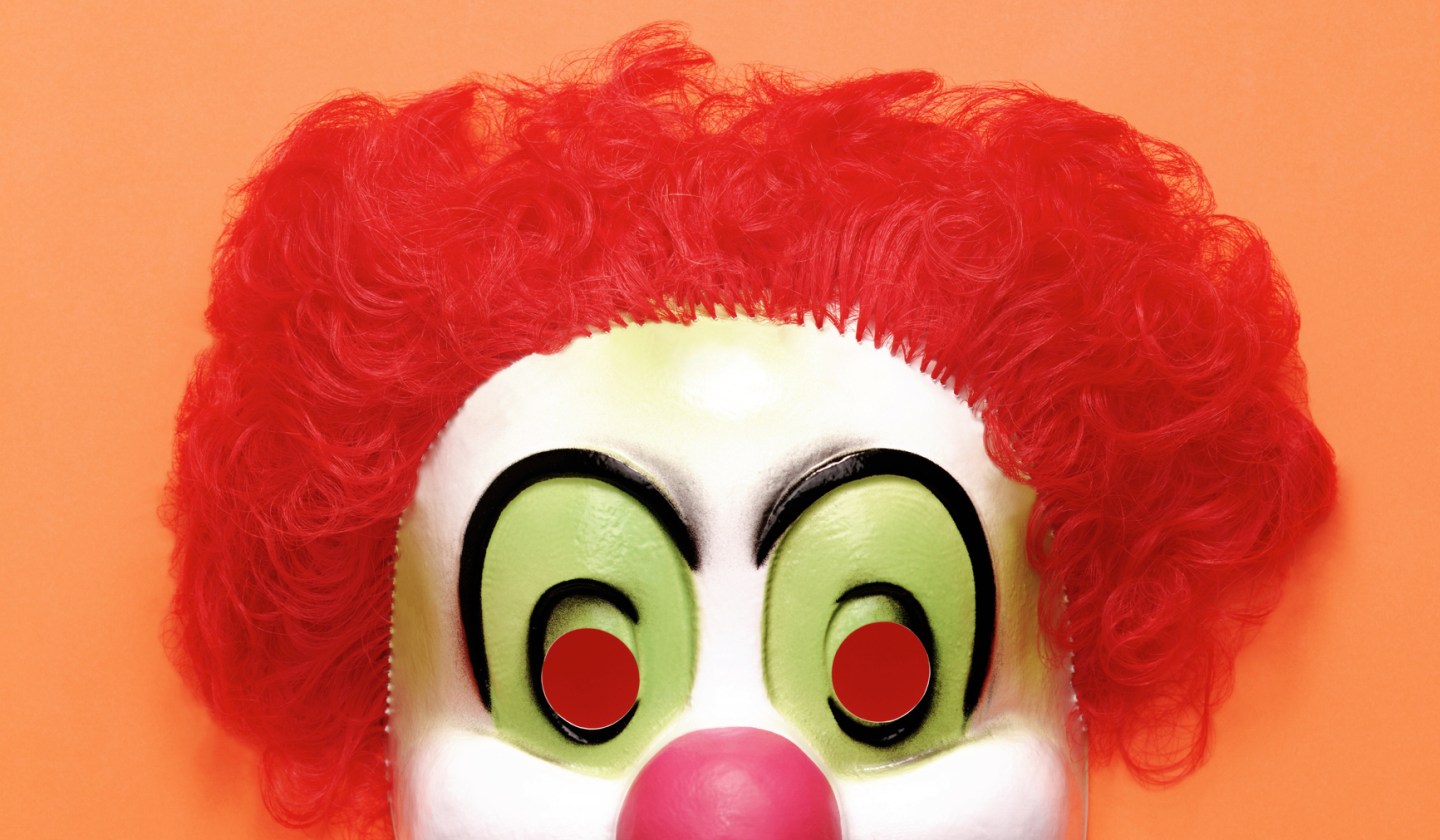 The scary clown insanity has claimed a new victim. Target said this weekend it is removing all clown masks from its 1,800 stores and online shopping site.

The move was “out of sensitivity for the issue at hand,” a Target (TGT) spokesman told the Minneapolis Star-Tribune on Sunday.

The store’s decision follows a move last week by McDonald’s (MCD), which is putting its famed Ronald McDonald on leave while the baffling fad of frightening people by dressing up like a clown and lurking in dark areas continues.

Nationwide clown sightings started in earnest after unconfirmed reports of clowns trying to lure children into the woods in August in South Carolina. Sightings have now been reported in more than two dozen states with school lockdowns and arrests linked to them.

“Given the current environment, we have made the decision to remove a variety of clown masks from our assortment, both in stores and online,” the company said.

Target’s move comes just two weeks before Halloween, an occasion on which Americans will spend about $8.4 billion, according to the National Retail Federation.