McDonald’s Is Putting Ronald on the Down-Low 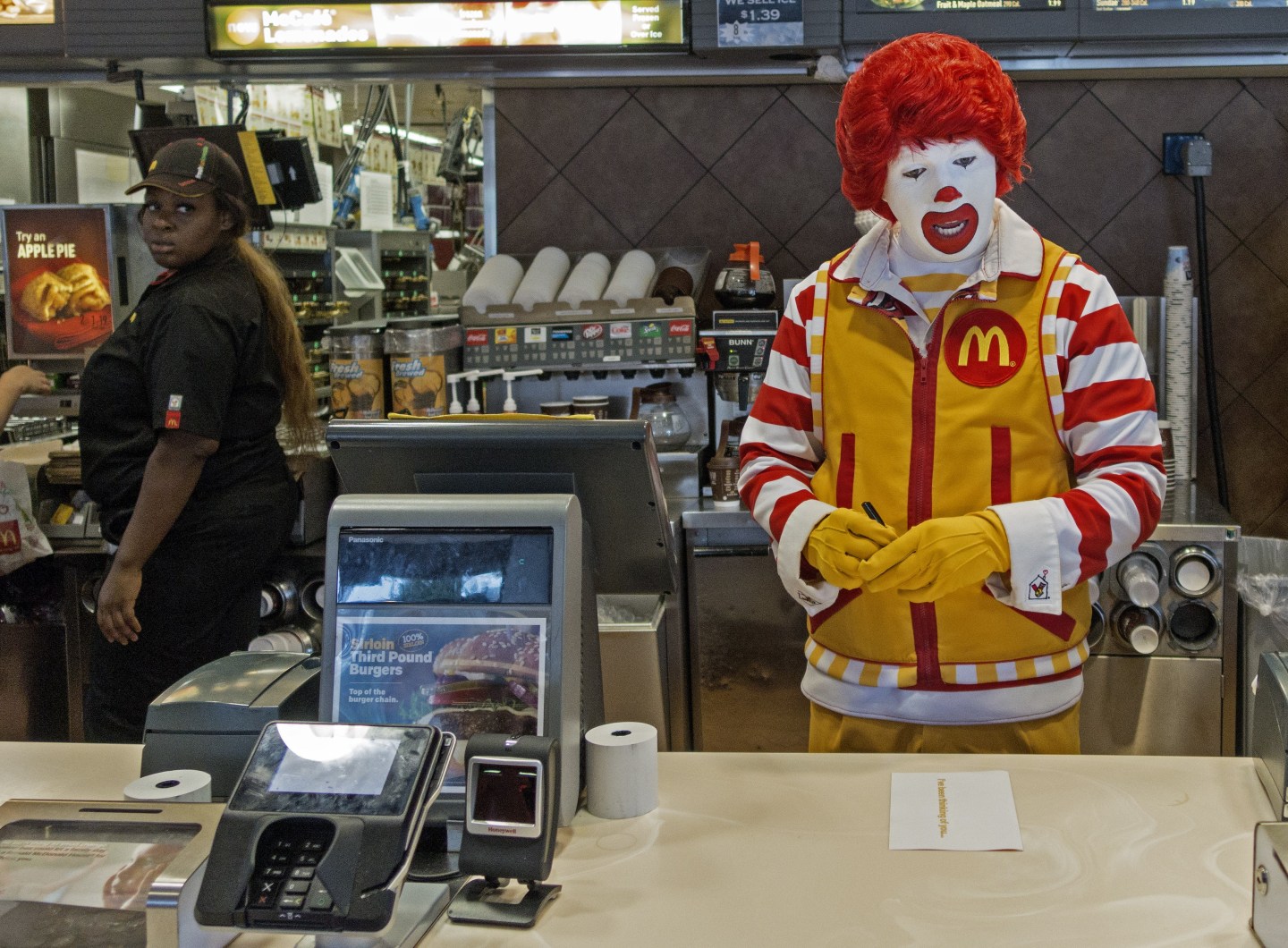 McDonald’s (MCD) and its franchisees are giving Ronald McDonald a lower profile until the current clown sightings outbreak eases.

The burger chain’s decision Tuesday comes in the wake of scary clown sightings across the country that have led police to respond in many cases. The sightings started in August in South Carolina after unconfirmed reports of clowns trying to lure children into the woods. Scary clown sightings have now been reported in more than two dozen states.

So while Ronald McDonald is a key marketing tool for McDonald’s, he is going on the down-low for an undetermined amount of time.

“McDonald’s and franchisees in the local markets are mindful of the current climate around clown sightings in communities and as such are being thoughtful in respect to Ronald McDonald’s participation in community events for the time being,” a McDonald’s spokeswoman told Fortune by email.

The clown hysteria has fueled both fear and fascination even as police and ordinary citizens, including horror novelist Stephen King, have urged the perpetrators to knock it off.

Hey, guys, time to cool the clown hysteria–most of em are good, cheer up the kiddies, make people laugh.

Clowns have long terrified both children and adults, tapping into some primordial fear, and long been the center of horror movies. Time reported earlier this week that criminologists and psychologists theorize that the basis for the fear is that clowns’ heavy makeup and paint depict extreme emotions on their faces that hide their true identity and feelings. A group of clowns is fighting the backlash, organizing a rally and launching a #ClownLivesMatter hashtag on social media.

And with McDonald’s trying to keep its U.S. turnaround on track, the fast-food chain hardly needs to deal with an irrational fear of clowns potentially keeping customers away.