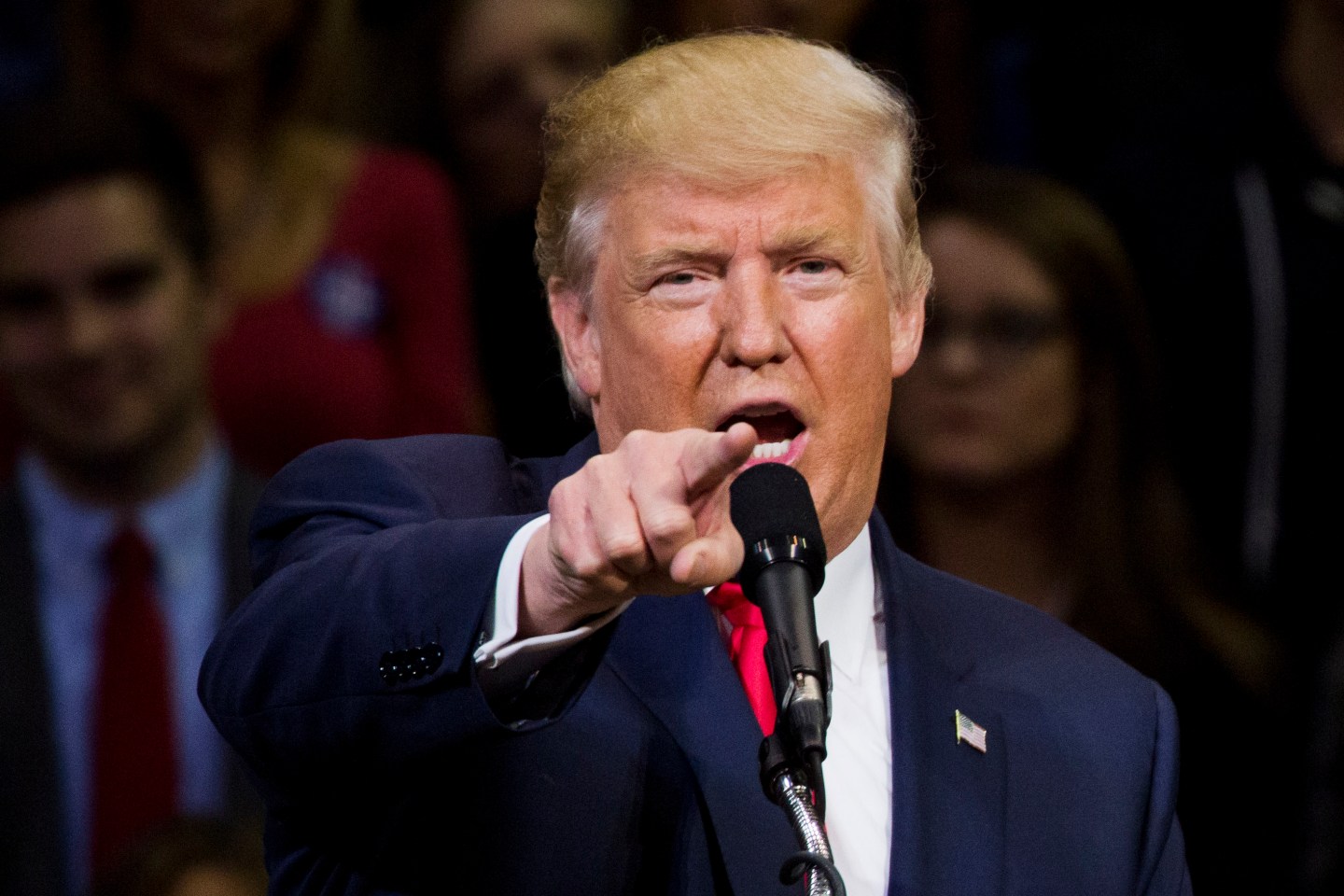 Twenty-nine of the nation’s most prominent backers of the conservative legal philosophy known as “originalism” have signed a statement opposing Donald Trump’s candidacy for president, notwithstanding Trump’s avowals of support for that doctrine and his pledge to appoint judges who would apply it.

“Our Constitution vests in a single person the executive power of the United States,” the statement says. “In light of his character, judgment, and temperament, we would not vest that power in Donald Trump.”

“Trump’s long record of statements and conduct,” their statement continues, “have shown him indifferent or hostile to the Constitution’s basic features—including a government of limited powers, an independent judiciary, religious liberty, freedom of speech, and due process of law.”

In an interview Calabresi said that the signatories comprise “a pretty comprehensive list of most of the leading originalists in the legal academy.”

Calabresi clerked for late U.S. Supreme Court Justice Antonin Scalia and later collaborated with him on an influential 2007 book about originalism. He also co-founded, while a Yale Law School student, the Federalist Society, a highly influential group of conservative lawyers, law professors, and law students.

The Originalists Against Trump statement specifically takes aim at the argument that many Trump supporters have made to reluctant conservatives, which is that Trump would—unlike Democratic candidate Hillary Clinton—at least make conservative or originalist appointments to the U.S. Supreme Court. Trump has, in fact, provided a list of his potential High Court nominees, who appear to fit that mold.

Although the signatories all oppose Trump, they do not necessarily support Clinton.

“We happen to see Trump as uniquely unsuited to the office,” they write, “and we will not be voting for him.”

Though originalism has different formulations, it’s generally the view that phrases in the Constitution should be interpreted the way they would have been understood at the time their were written and ratified—typically in the eighteenth or nineteenth century. Its strongest advocates on the Supreme Court have been Justices Scalia and Clarence Thomas.

In an email to Fortune, Calabresi elaborated on why he signed the statement. First, he wrote, “I do not believe Trump will honor his promises on judges, but will instead appoint bullying cronies like Chris Christie.”

Second, he continued, “as important as the Supreme Court is, there are other things that are much more important, like defense and foreign policy, and Trump is by temperament unable to do a good job at these. Trump is impulsive, totally lacking in self discipline, and petty and vindictive.”

“This has been a most painful election,” wrote NYU professor Epstein in an email to Fortune. “At present I would vote for neither [candidate] because I believe that there is a certain minimum respectability that a candidate must achieve to be worthy of support. On policy, there are a few more issues on which Trump has better views than Clinton, chiefly on domestic regulations and taxes. But his views are dreadful on so many other issues, and his obvious instability has to be of enormous concern. I don’t think that voting no on both is an evasion of duty.”