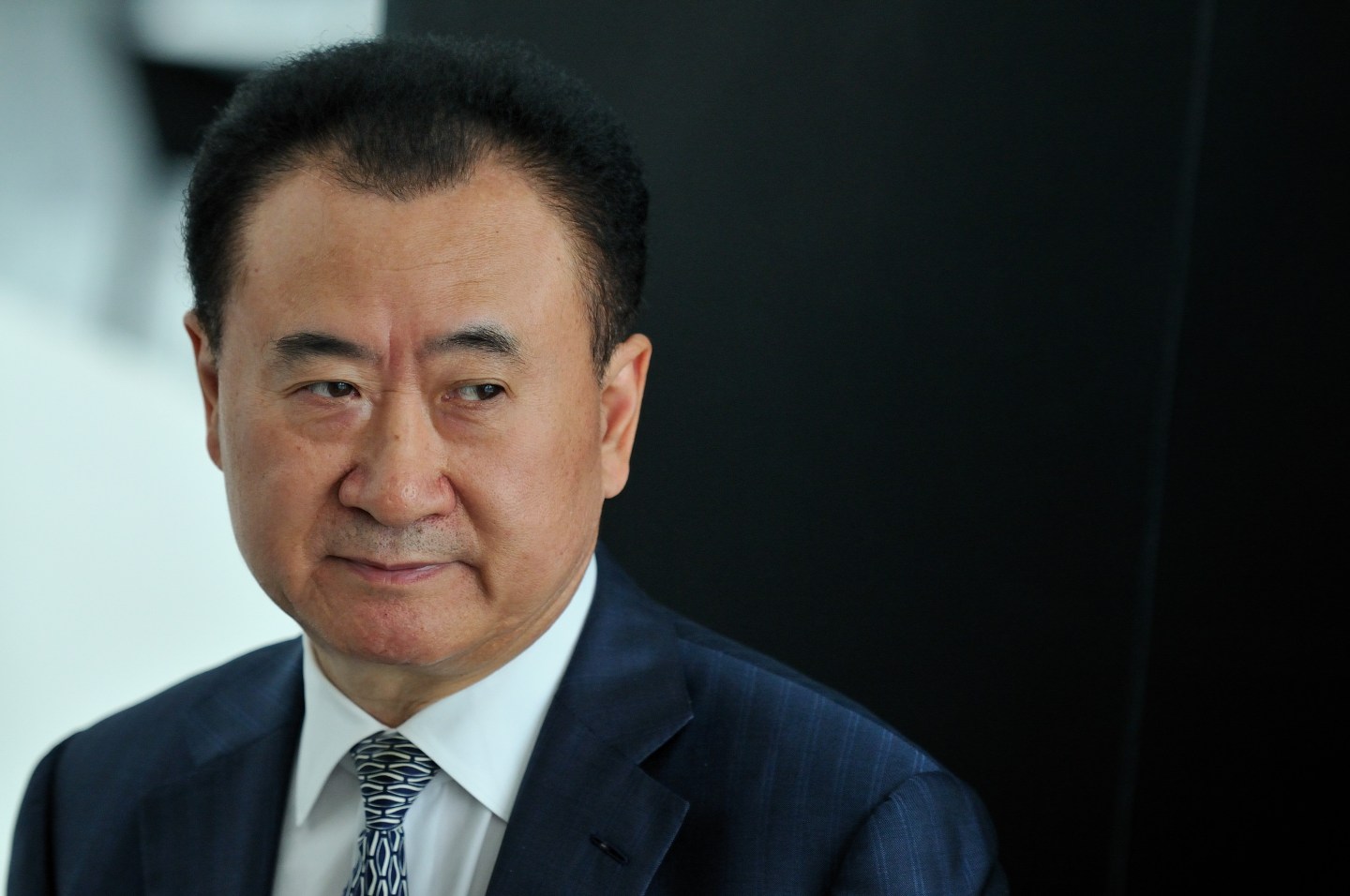 DALIAN, CHINA - SEPTEMBER 11: (CHINA OUT) Wang Jianlin, Chairman of the Dalian Wanda Group, speaks during a session at the World Economic Forum Annual Meeting of the New Champions at Dalian international conference center on September 11, 2013 in Dalian, China. The three-day forum, also known as 'Summer Davos', opened on Wednesday in Dalian with the theme of "Meeting the Innovation Imperative". (Photo by VCG/VCG via Getty Images)
VCG VCG via Getty Images

China’s Dalian Wanda Group plans to unveil a subsidy scheme to attract Hollywood filmmakers to its new multibillion-dollar studio in the eastern Chinese city of Qingdao, a person with direct knowledge of the plan said.

The chairman of the property-to-entertainment conglomerate, Wang Jianlin, is expected to unveil the scheme, which offers to subsidise 40% of production costs, at an event hosted in Los Angeles on Monday evening.

The subsidy will be jointly funded with the local Qingdao government, said the person, who asked not to be identified.

The subsidy will apply to feature films and television shows. Costs eligible for the rebate include stage and equipment rentals, set construction and local accommodation.

A Qingdao government spokesman said he was not familiar with the plans.

Wanda’s billionaire chairman is building a footprint in Hollywood through a series of deals, part of China’s growing investment in the U.S. entertainment industry.

With the Qingdao studio, Wanda will be competing with dozens of U.S. states and countries including Britain and New Zealand that have lured filmmakers out of Hollywood with tax incentives and rebates.

For more on the movie industry, watch Fortune’s video:

Incentives typically range from 15% to 45% of certain production costs, according to tax incentive specialists, making Wanda’s subsidy among the world’s highest.

The Qingdao studio is part of a large theme park and real estate development designed to become a Chinese version of Hollywood. The studio will attract at least five films a year with production budgets of more than $100 million, alongside smaller Chinese productions, Wang told Reuters in August.