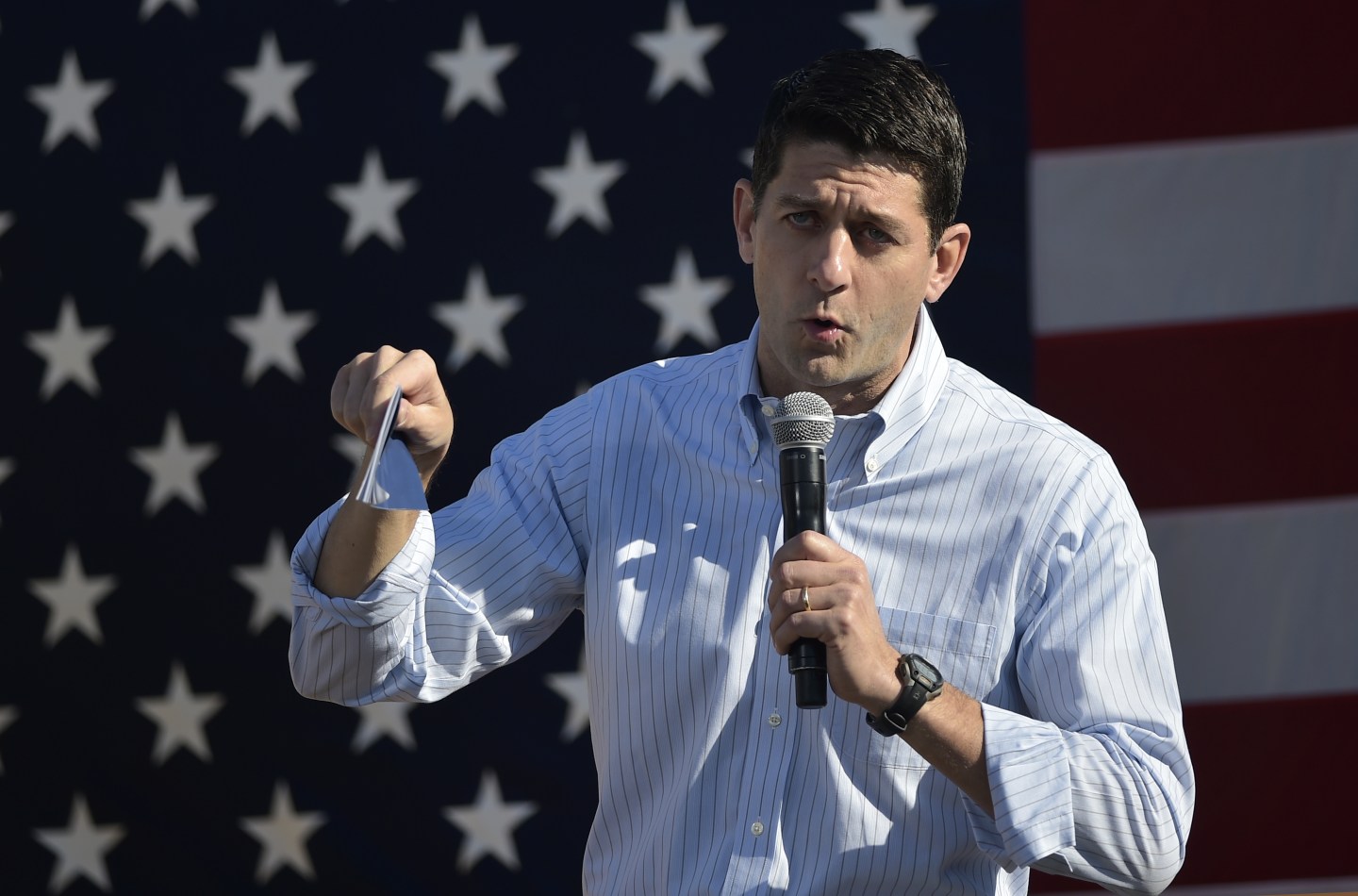 In a 20-minute speech in Madison, Wis., the nation’s top ranking Republican made only glancing references to the nominee of his own party, noted that he “doesn’t blame” voters who want to sit out the election and argued that emphasized the risks of Democrats winning both the White House and control of Congress.

When asked by a student how to pitch Republicans to skeptical liberals on campus, Ryan responded with what appeared to be a reference to Trump’s habit of tweeting attacks on his rivals.

“Don’t talk about the latest Twitter-storm from somebody,” he said. “Don’t walk yourself into some bizarre personality contest.”

Ryan and Trump’s tenuous relationship has become even more fraught in recent days after a 2005 video leaked last Friday of Trump saying extremely lewd things about women. Ryan nearly withdrew his endorsement of Trump, TIME reported in its cover story this week, and he told House members on a conference call they were free to cut themselves loose from the nominee. Trump retaliated on Twitter, calling Ryan “weak and ineffective.”

At the Madison event, Ryan told the assembled students about the history of liberal progressivism and why he favors conservative values instead. He promoted a blueprint from House Republicans on policy issues. And he acknowledged that college Republicans might be having a rough time lately.

For more on Paul Ryan, watch: