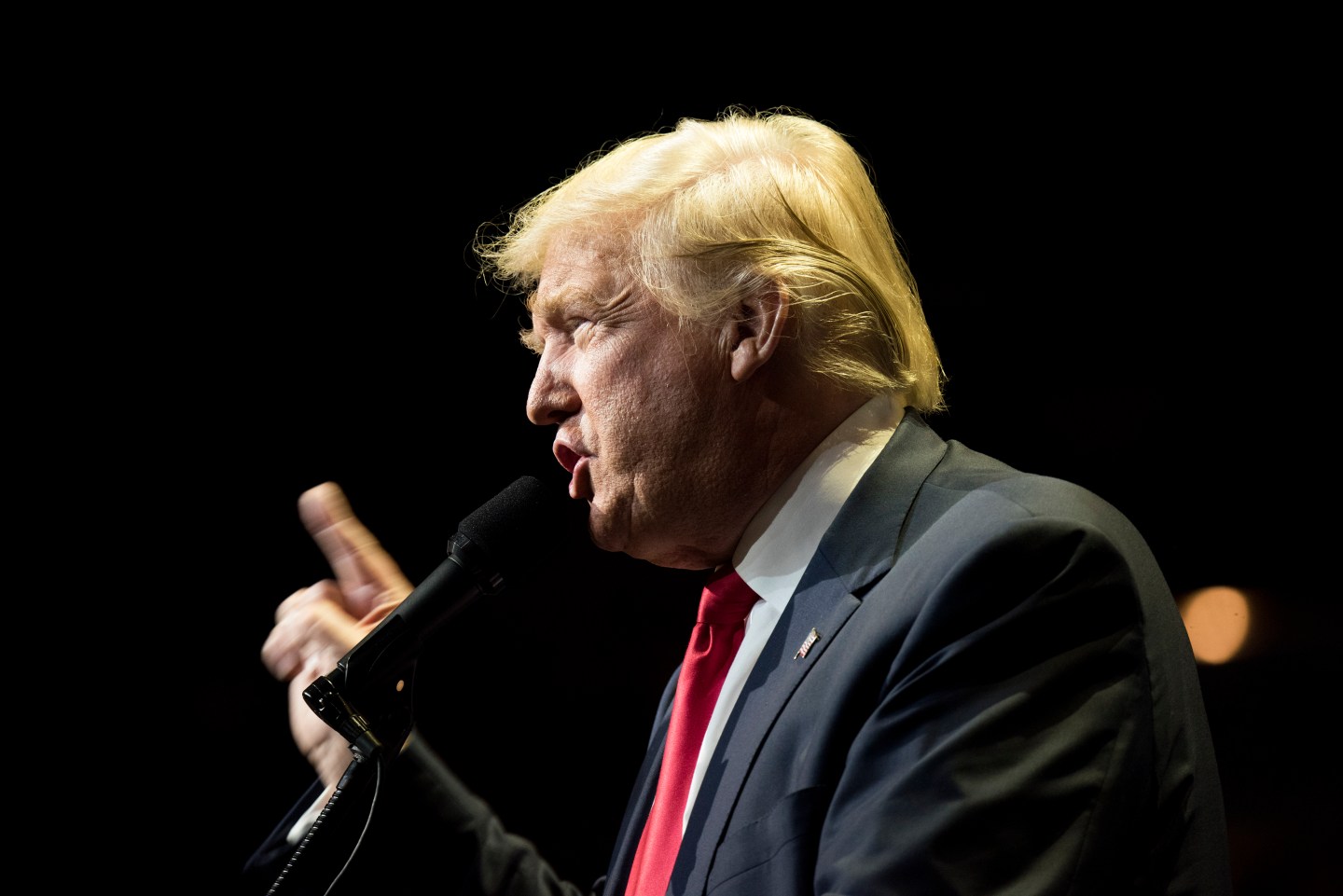 CINCINNATI, OH - OCTOBER 13: Donald Trump speaks to a crowd of attendees at U.S. Bank Arena on October 13, 2016 in Cincinnati, Ohio. Trump is campaigning in the swing state as the presidential election closes in with only 25 days until election day. (Photo by Ty Wright/Getty Images)
Ty Wright — Getty Images

Donald Trump’s alleged treatment of women sparked yet another Twitterstorm.

The hashtag #WhyWomenDontReport started to trend on Thursday, as Twitter users responded to the Trump campaign’s attempts to dismiss the latest accusations of sexual assault brought against the GOP nominee.

Following a Wednesday New York Times story featuring interviews with two women who said they had been inappropriately touched by Trump—one on an airplane more than three decades ago and the other in Trump Tower in 2005—and another story by a People writer with similar claims, a controversy erupted over why the women were coming forward now, in the heat of the presidential campaign. In response to the allegations in the Times, Trump told the newspaper, “None of this ever took place.”

CNN reported that Trump’s campaign felt the Times story was “politically motivated” and had even threatened to sue the paper. The network quoted Trump spokesman Jason Miller as saying, “It is absurd to think that one of the most recognizable business leaders on the planet with a strong record of empowering women in his companies would do the things alleged in this story, and for this to only become public decades later in the final month of a campaign for president should say it all.” A Trump spokesperson also denied the People report, as did the candidate himself.

Why didn't the writer of the twelve year old article in People Magazine mention the "incident" in her story. Because it did not happen!

Nevertheless, women (and men) used Twitter to speak up about why women often don’t report sexual assault right away—if at all. Some said the reluctance to come forward has to do with fear.

#WhyWomenDontReport: Because we face a justice system that doesn’t protect us and a culture that doesn't believe us.

Others, who have been victims themselves, expressed support for women who have come under attack. For instance, the pop star Lady Gaga, who has talked about how she survived sexual assault, tweeted her support to such women.

Check out&trend #WhyWomenDontReport to have a better understanding. For me, it was like re-living it all over again. I applaud these women.👏

Other women said that the hesitancy to report a sexual assault incident may have to do with the fact that the person who made unwanted advances was someone she knew.

Because he was my landlord. Because I was 21 and feared homelessness. Because my father told me to figure it out myself. #WhyWomenDontReport

Still others said they didn’t feel safe coming forward, suggesting that they feared retribution if they reported such incidents.

because despite feeling shameful, it feels safer to stay quiet. #WhyWomenDontReport

Beyond the chatter on Twitter, the allegations—along with the now-famous tape revealed by The Washington Post from 2005 in which Trump makes lewd and sexually aggressive remarks about women—came with a silver lining: the potential to change the way society discusses and thinks about sexual assault.

As New York Times magazine writer Susan Dominus put it, the election could turn out to be a “milestone.” She added, “Grueling and sordid or not, it has placed matters of sex, power and gender at the center of the national conversation, not off in the peripheral space typically reserved for women’s issues in media.”