Can Deutsche Bank Dig Itself Out of Its Massive Hole? 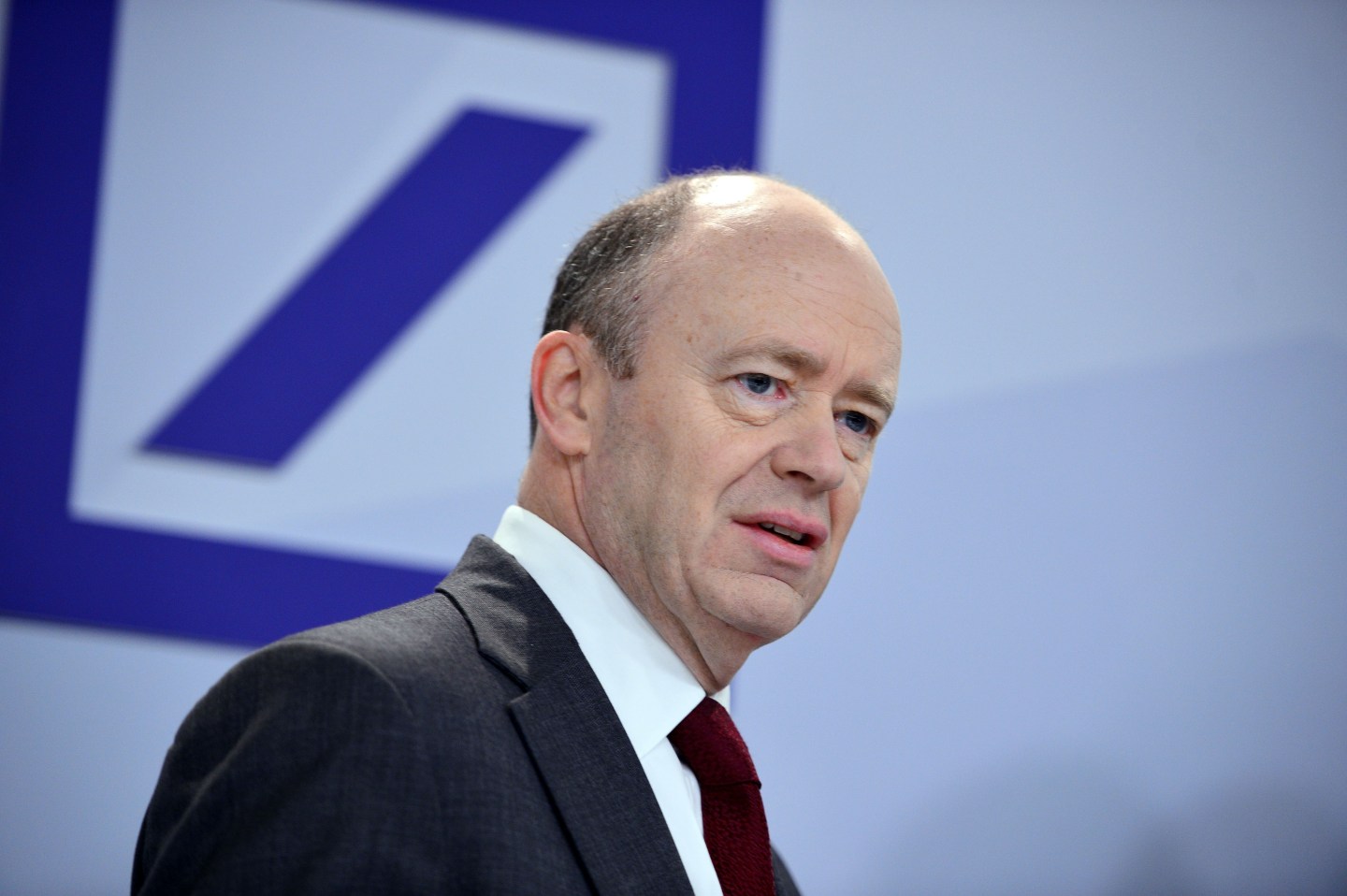 Deutsche Bank (DB) has kept a tight ship this week, with little in the way of firm news to say how it will cope with the Department of Justice’s $14 billion claim against related to misselling mortgage-backed securities before the 2008 financial crisis.

As we’ve previously said, if the final penalty is anywhere close to that figure (Deutsche says it won’t but previous settlements say it might), it will blow a hole in the capital ratios of Germany’s largest bank.

Regulators insist that banks maintain reserves large far larger than they would need to cover any imminent threat to from potential lawsuits, fines, bad loans, or losing trades. That’s to avoid bank runs, which happens when people en masse start to think that’s not the case. But when that reserve, or capital, falls below what regulators think is necessary, there are a number of ways of restoring them. All have their downsides. Here’s a brief rundown what Deutsche Bank’s options are—not of them great:

Sell More Shares: The simplest, and classic, option is to raise more equity with a share sale. The main problem with that is share holders don’t tend to like it. New shares dilute The Wall Street Journal reported earlier Friday that the Gulf Emirate of Qatar is “concerned” about the outlook-as well it might be, having made substantial losses since first subscribing to a capital increase in 2014. It has since raised its stake to nearly 10% and is now Deutsche’s biggest shareholder. The German government, buyer of last resort in many people’s minds, has reportedly ruled out taking a stake.

Cut Costs: The bank said at the start of the week it would add another 1,000 to the 3,000 job cuts in Germany it had already announced, as part of a global reduction of 9,000. It also said there would be no more cuts this year in Germany. However, a Reuters story Friday claims that chief financial officer Marcus Schenck has told staff another 10,000 may need to go. That means more restructuring costs spread over a longer timeframe, which will be awkward for CEO John Cryan to present, given that he promised 2016 would be “peak restructuring” year.

Cut Costs (II): Deutsche is notorious, at least in Germany, for the generosity of its bonus pool. Dan Davies of Frontier Analysts argues that one way of conserving cash this year would be for the whole bonus pool to be issued in the form of shares. The problem with that, is unlike a regular share sale, that wouldn’t create any more capital until the shares were exercised, which give the direction the Deutsche Bank’s stock price recently could be a while. What’s more, Cryan hasn’t given any indication yet that he’s prepared to go that far, afraid of losing top traders and bankers to competitors.

Exit Businesses: At the end of September, the bank sold its U.K. insurance business, Abbey Life, to another U.K. insurer, Phoenix for just over $1.2 billion. That was a good start, but it’s not enough. What’s more, it realized a loss on selling that business, which hadn’t been a good performer, limiting the positive impact on the capital ratio to around 0.1 percentage point. Nonetheless, Deutsche’s shares still rose on the news.

Now the rumor is that the bank could sell its asset management division, which analysts think is worth over 8 billion euros (equal to half the total value of the group at this point). This rumor first did the rounds in August. At the time Cryan squashed it. “There is one rumor in particular that I would like to dispel by making it unambiguously clear that Deutsche Asset Management is and will remain an essential part of our business model,” Cryan said at the time.

Ditching asset management would mean that Deutsche was no longer a “universal” bank, the label it has long prided itself on. In a spreadsheet comparing it with its peers, there would be an uncomfortable blank where rival Credit Suisse (CS) and UBS (UBS) had tidy little checkmarks. However, a close look at that statement doesn’t flatly rule out a partial sale, and the Financial Times reported last week that the bank is considering an IPO for the business. An IPO would have the charm of reducing risk-weighted assets, raising capital and still keeping control of a business it needs in order to be a one-stop shop for its private clients.