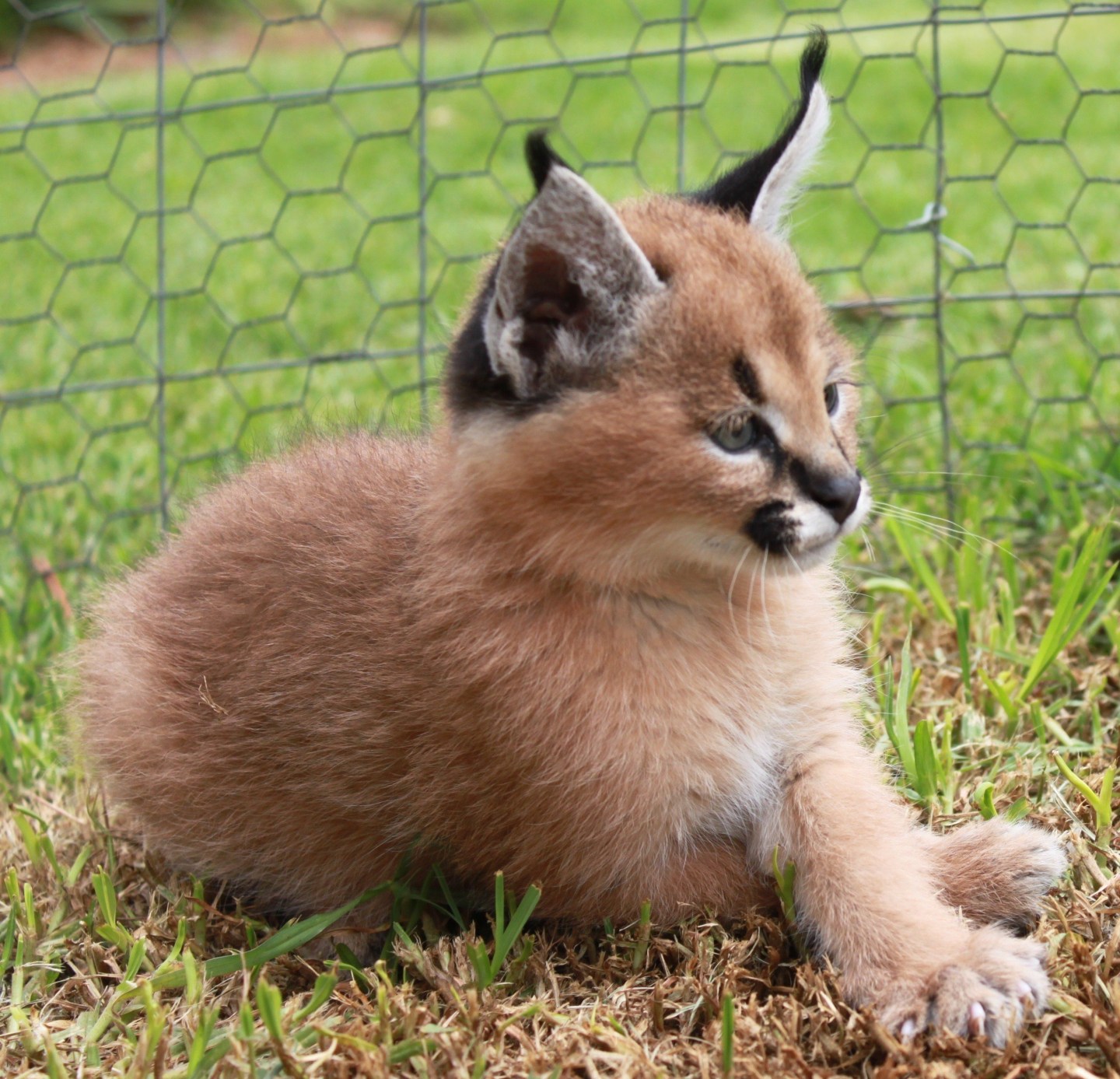 Image #: 29686294 LIMPOPO, SOUTH AFRICA - UNDATED: A caracal kitten at Loebies Guesthouse and Predator Park in Limpopo, South Africa. A BABY lion cub growls with joy as he explores his new surroundings. The cute youngster is the latest house guest of Annel Snyman, owner of Loebies Guesthouse and Predator Park in the Limpopo province of South Africa. At present the 32-year-old is required to play mum to cub Robyn, who has to be bottle-fed and winded. Loebies is home to lions, leopards, caracal, servals, as well as the 32-year-old's faithful dog Diesel and a mob of meerkats. The South African has been hand-rearing wild animals since 2009, and says the big cats have become an essential part of her life. And while nursing a lion might not be for everybody, Annel has no doubt that she has found her calling. Annel Snyman/Barcroft Media /Landov
Photograph by Annel Snyman—Barcroft Media/Landov

TripAdvisor has pledged to remove booking facilities for attractions featuring endangered or wild animals, such as petting tigers, riding elephants and swimming with dolphins. Tickets to zoos and aquariums, however, will remain available through its booking service.

According to the New York Times, the landmark decision—the first of its kind for an online tourism operation—comes after half a year of consultancy with animal welfare groups including People for the Ethical Treatment of Animals, the Global Wildlife Conservation (GWC), and the Association of Zoos and Aquariums.

“There are some areas that I think every one of these groups we spoke with would agree on, and there are some that are not universally agreed upon,” TripAdvisor’s (TRIP) chief marketing officer Barbara Messing told the Times. “We just had to […] come to our own conclusions internally about what makes sense for us.”

All attractions can still be listed in the review section of the site, however.

A 2015 study conducted by Oxford University’s Wildlife Conservation Research Unit, cited by the Times, found that between 2 million and 4 million people each year visit tourism destinations with questionable animal welfare—and that concern over welfare was rarely mentioned in online reviews.

“I think the average person would think that there’s animals there, there’s gotta be laws and regulations behind what’s happening, but that’s not the case,” GWC chief scientist Wes Sechrest told the Times.