How to Learn Something and Actually Retain It 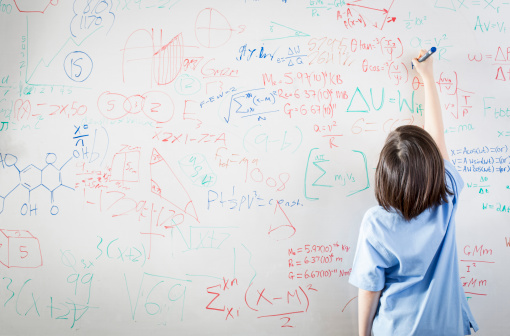 On the third day of sixth grade, my daughter, Juliet, woke up early. Before leaving for school, she had 50 state capitals to memorize for a test that day. She wanted to get 100%. This was a good goal. She also wanted to get as many right as she could while she studied. Research on learning says this was a problem.

Becoming a more efficient learner requires overcoming a paradox: The secret to making learning easier is to make it harder. But most people don’t realize this. We usually see it as a bad sign if we struggle as we study, and a good sign if we nail every answer.

That’s not how learning works. Take state capitals: If my daughter gets most of them right on a practice test, it’s a sign she’s made progress in the past, which is good. But research shows that the easier it is for her to identify the correct capital as she quizzes herself, the less she is actively learning. Retaining new knowledge is an arduous and often unpleasant process — it doesn’t feel good not knowing the right answer, but struggling to grasp for it is a sign of improvement. Coasting, meanwhile, adds little value.

Most people understand this truth when it comes to exercise: No pain, no gain. We suffer now in order to benefit later. If a rep is too easy, we grab heavier weights. The same should be true for learning.

Related: How the Tidiest Woman in the World Organizes Her Email

Below are three strategies to make learner harder — and more effective.

In one experiment, conducted by Lindsey Richland and colleagues, students at UC Irvine were tested on a type of colorblindness called cerebral achromatopsia. One group of participants were given 10 minutes to read, and commit to memory, a two-page scientific passage. The other group also had 10 minutes before the test, but for the first two minutes they did not get to review the material. Instead, they were immediately given a short test on colorblindness. Having not read the passage, they had little chance of answering questions like “What is total color blindness caused by brain damage called?” Most failed. Afterwards, they were given eight minutes to read the passage. When both groups were tested on the information later, the second group outperformed the first.

What does this mean for Juliet? For one, she could begin quizzing herself without bothering to read through the list of capital names first. Never heard the name of Wyoming’s capital? Might as well take a guess (guessing has been shown to help with learning). A retrieval attempt, in other words, can be valuable in and of itself.

Practical tip: Instead of re-reading, quiz yourself on the material. When trying to commit information to memory, read a bit, then stop, and attempt to mentally retrieve a summary of what you just read before moving on.

If Juliet can’t name the capital of Wyoming, she might be tempted to return to the state again, shortly after she reviewed the correct answer (it’s Cheyenne, for the curious). The alternative — quizzing herself on all 49 additional states before returning to Wyoming — virtually guarantees that she will have forgotten the correct answer. This doesn’t feel great. But multiple studies have shown that we learn more efficiently when we allow time to pass between study sessions; the act of forgetting and then remembering helps convert information into memory.

Alternatively, it can help to focus on the most difficult items. If Juliet is stumped by Wisconsin every time, but has California down cold, then it makes sense to only quiz herself on Wisconsin and other states for which she doesn’t know the capital.

Practical tip: Space out your study sessions so you give yourself time to learn, forget and re-learn, which helps convert information into memory.

Research shows that people often stop studying something too soon, only to find that they can’t remember it later. This happens because our perception of how well we know the material is based on our current performance. But in the upcoming days, weeks, or months, that information is likely to slide away — in other words, we routinely underestimate our tendency to forget.

Practical tip: Even if you’ve learned a lot today, you’re liable to forget much of it by tomorrow, so make sure you come back to the material. Study something a few more times even after you think you “know” it.

All of which is to say: when you are learning, be alert for signs that you are starting to succeed with ease. That means you are not learning much. If you wait a while and then return to the same material, you’ll spend the same amount of time actually studying, but learn more. Difficulty is the gift that keeps on giving.

By allowing herself to struggle while studying, Juliet got 19/20.