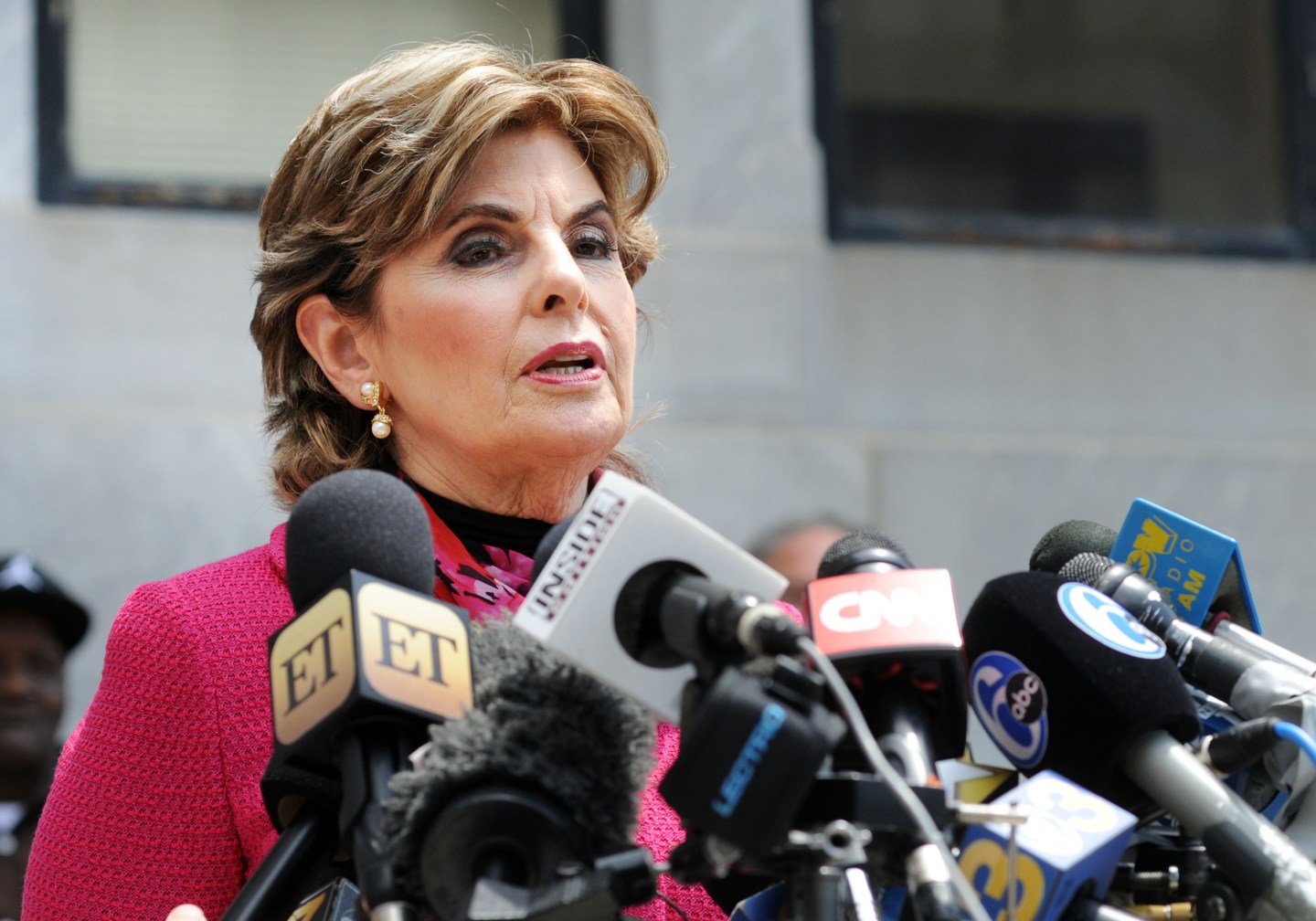 NORRISTOWN, PENNSYLVANIA - MAY 24: Attorney Gloria Allred speaks with the media after a Pennsylvania judge ruled that there was enough evidence to proceed with trial for Bill Cosby, on sexual assault charges, May 24, 2016 in at Montgomery County Courthouse in Norristown, Pennsylvania. (Photo by William Thomas Cain/Getty Images)
William Thomas Cain Getty Images

Allred appears to be challenging a statement by Mark Burnett, who created the hit NBC reality show starring Trump, that the producer is bound to “contractual and legal requirements” that prevent him from releasing further recordings.

Burnett and MGM, the parent company of the production firm responsible for The Apprentice, said on Monday that, “Burnett does not have the ability nor the right to release footage or other material from The Apprentice.” They added that “he has consistently supported Democratic campaigns.”

On Wednesday, Allred joined with women’s rights advocates to deliver an open letter to Burnett at MGM’s Los Angeles offices. They were stopped by security, according to Deadline Hollywood.

Unable to deliver the letter by hand, the attorney held a news conference, reportedly reading the following excerpt aloud:

I am writing to request an immediate meeting with you and/or senior executives at MGM with reference to the release of footage of The Apprentice. You have publicly stated that there are legal restrictions and prohibitions on releasing the tapes.

I would request and welcome a meeting with you and your attorneys in which you would explain in detail the specifics of those claimed restrictions and/or prohibitions.

In the alternative, I would propose that the evidence supporting your assertion that there is a legal basis for your refusal to release footage of Mr. Trump on The Apprentice be disclosed to a panel of three retired Los Angeles Superior Court judges who would review your claimed legal restrictions and determine if the footage of Mr. Trump can legally be released.

Releasing the tapes immediately is in the “public interest,” said Allred. “Unless there is a legal prohibition to doing so.”

Burnett has faced mounting pressure after a tape released Friday showed Donald Trump bragging about groping women, shortly followed by a former producer of The Apprentice warning on Twitter that this was “#justthebeginning.”

Allred has condemned Trump’s remarks, saying the video “shows that he has no respect for women.” Both before and after Friday’s breaking story, she said, she had been contacted by women who “allege inappropriate conduct from Mr. Trump.”

MGM release the unaired footage from "The Apprentice!" What does Mark Burnett and @realDonaldTrump have to hide? #womensrights pic.twitter.com/6PJp54JiKu

Donald Trump’s crude language about women with Billy Bush on a video shows that he has no respect for women. A phony apology is not enough.

“Your immediate attention and response is requested. Time is of the essence,” she wrote to Burnett.

Allred is a Democrat and two-time delegate for Hillary Clinton, according to The Los Angeles Times.