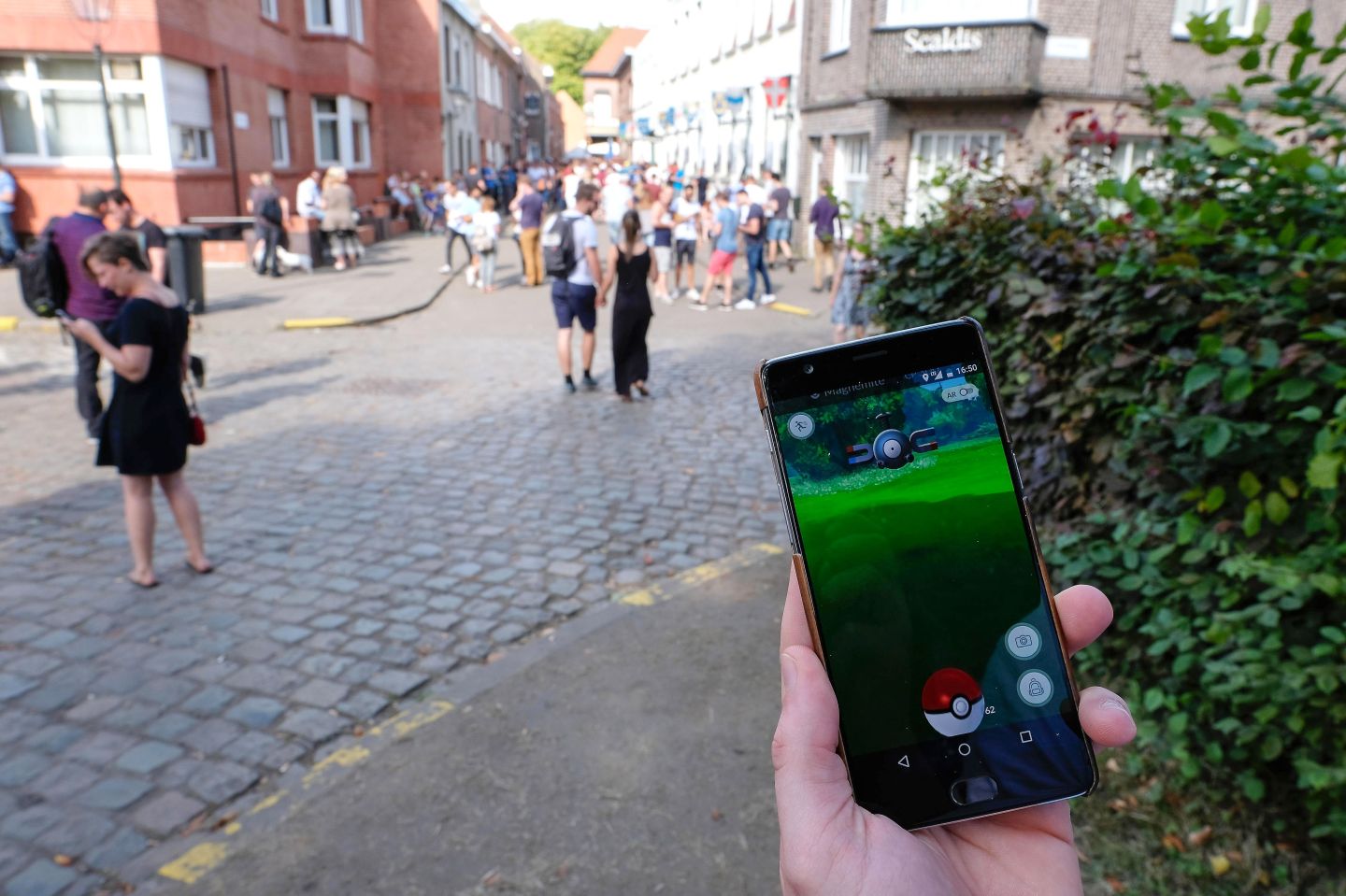 People play at the Pokemon GO augmented reality game on August 20, 2016 in Lillo, a village which harbors rare Pokemon and as been flooded with Pokemon GO hunters since the mobile game launched. / AFP / BELGA / NICOLAS MAETERLINCK / Belgium OUT (Photo credit should read NICOLAS MAETERLINCK/AFP/Getty Images)
Nicolas Maeterlinck—AFP via Getty Images

Playing Pokémon Go adds days to your average life expectancy—as long as you keep up the activity indefinitely, according to a study by Microsoft and Stanford University researchers.

The researchers found that playing the game “added a total of 144 billion steps,” collectively, to people’s daily step count. That amounts to an extra 192 steps daily per user.

Using a bit of extrapolation, the researchers tied these gains to potentially vast improvements in public health. Assuming the players (aged 15 to 49) continued participating at that rate indefinitely, “this would be associated with 41.4 days of additional life expectancy,” the researchers calculated.

In the United States, where 25 million people reportedly play the game regularly, the researchers estimated that “this would translate to 2.825 million years additional life added to US users.”

That’s a big “if,” of course. The study tracked participants only for 30 days before and after the researchers deemed they had started to play the game. Projecting their results to some far out point in the future is an incredible stretch, especially for an activity that has all the hallmarks of a passing fad.

Though the game, developed by Niantic, a firm spun out from Google (GOOG), in partnership with Japanese game-maker Nintendo, is still massively popular, players’ engagement has already begun to taper off. The number of players has dropped by more than 10 million since peaking at 45 million in mid-July.

The study has other limitations as well. As the paper notes, the researchers based their findings on a potentially biased population sample by tracking only people who were willing and able to (a) afford a fitness tracking device (the recently axed Microsoft Band), (b) share their data with Microsoft (MSFT). This included nearly 32,000 people for the duration of the study between July and August this summer.

More interesting than the headline-grabbing claim about extending life was the method of combining search engine data with wearable data to investigate the bodily impacts of augmented reality gaming, which mixes reality with computer graphics. The researchers narrowed down the people, noted above, as players based on their search engine logs (using Microsoft’s Bing, of course).

Studying those search records, the researchers categorized anyone who queried something telling, like “pokemon go iv calculator,” a tool for determining certain stats about the fantasy creatures, as a player; whereas anyone who searched for something more general, like “pokemon go,” did not make the cut. This yielded 1,420 players out of the total 32,000 people mentioned above.

Next the researchers compared their physical activity, as tracked by the accelerometers in their Microsoft Bands, with a control group of 50,000 regular Microsoft Band wearers and with the remaining group of non-players. That’s how they arrived at their finding that Pokémon Go players hiked an additional “equivalent to walking around the equator 2,724 times or 143 round trips to the moon,” in sum.

Augmented reality games are likely to stick around, even if Pokémon Go inevitably fades away. This research is an encouraging first stab at investigating the “large potential impact that activity-encouraging games could have on society,” as the paper puts it, rosily.

To the hyped up health claims, Fortune would add a note of caution and sobriety. Despite touting longer lifespans, the study did not assess how much life a person might waste away patrolling the world for make-believe critters. And it failed to mention the possibility of getting hit by a moving vehicle, or stumbling into some other fatal accident, while having one’s head buried in a phone screen and hunting for virtual monsters.

Sorry, someone had to be the downer.