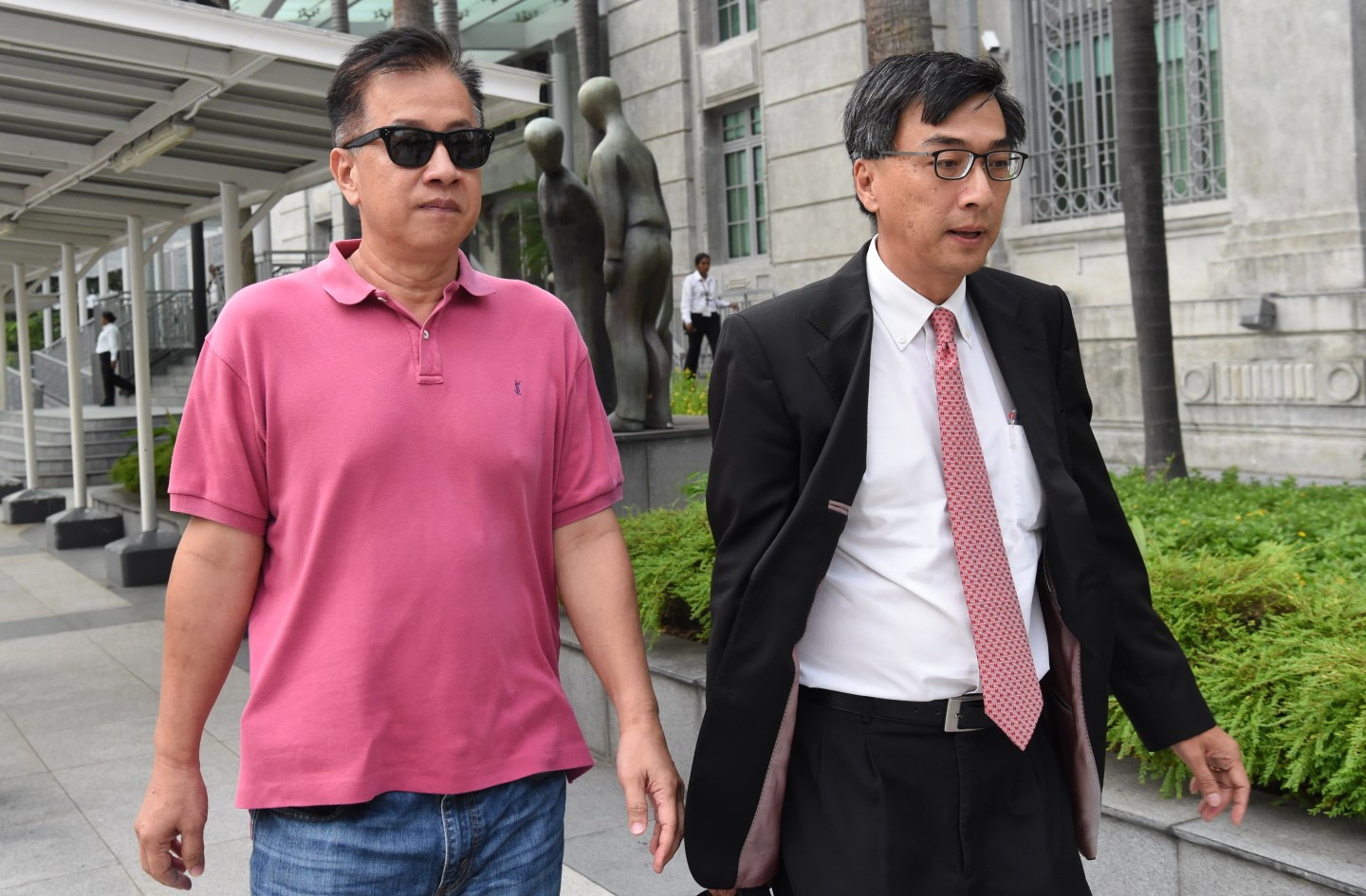 Singapore’s central bank on Tuesday shut down a second Swiss bank in the city-state and fined banks DBS and UBS in its biggest crackdown on alleged money-laundering activities connected with Malaysian sovereign fund 1MDB.

The Monetary Authority of Singapore (MAS) said in a statement it had ordered Falcon Private Bank’s Singapore branch to cease operating because of “a persistent and severe lack of understanding” of Singapore’s money-laundering controls. It also accused Falcon’s senior management in Switzerland and Singapore of “improper conduct.”

In Zurich, the Financial Market Supervisory Authority (FINMA), ordered Falcon to turn over 2.5 million Swiss francs ($2.56 million) in what the watchdog said were illegal profits.

It also said it has opened enforcement proceedings against two former Falcon executives, without citing them by name.

Zurich-based Falcon, owned by one of the world’s leading sovereign wealth funds, Abu Dhabi’s International Petroleum Investment Company (IPIC), said in a statement it “welcomes the completion of the regulators’ investigations about its involvement with the 1MDB case.”

MAS said it is working closely with Swiss financial watchdog FINMA to oversee an orderly closure of Falcon Bank in Singapore.

DBS was fined S$1 million ($728,067) and UBS S$1.3 million for breaches in Singapore’s law on prevention of money laundering.

DBS (DBSDY) and UBS (UBS) said in separate statements they would take action against staff responsible for the lapses in their money-laundering controls.

The MAS action against Falcon followed a similar move against Swiss-based BSI Bank’s Singapore branch in May, also for failing to control money-laundering activities connected with 1MDB. That was the first time in 32 years Singapore had shut down a bank.

Singapore has so far charged three former BSI bankers and others for their roles in 1MDB-related transactions.

Malaysia’s 1MDB, once a pet project of Prime Minister Najib Razak who chaired its advisory board, is the subject of money-laundering investigations in at least six countries, including Switzerland, Singapore and the United States.

The U.S. Department of Justice filed lawsuits on July 20th seeking to seize dozens of properties ties to 1MDB, saying that over $3.5 billion was misappropriated from the fund.

The lawsuits do not name Najib but say around $700 million of misappropriated funds flowed into the accounts of “Malaysian Official 1,” who U.S. and Malaysian officials have identified as Najib.

The Wall Street Journal reported last year that investigators had traced nearly $700 million from an account at Falcon in Singapore to accounts in Malaysia they believed belonged to Malaysia’s Prime Minister Najib Razak.

Both Najib and 1MDB have denied any wrongdoing.

Singapore and Zurich are two of the world’s leading wealth management centers.

FINMA said its review of Falcon had identified around $3.8 billion associated with the 1MDB Group that was transferred to accounts at Falcon between 2012 and mid-2015 and mostly moved on quickly.

“The business relationships and transactions booked in Switzerland and at Falcon’s Singapore and Hong Kong branches were unusual and involved a high level of risk for the bank both through their nature and the amounts transacted,” it said.

It said Falcon had a number of business relationships with 1MDB group companies and executed transactions amounting to around $2.5 billion via accounts of two offshore companies.

Falcon also had a client relationship with a young Malaysian businessman with links to individuals in Malaysian government circles, it said without naming him.

“The bank did not verify how this individual had been able to acquire assets of $135 million in an extremely short period of time or why a total of $1.2 billion was transferred to his accounts at a later date – a transaction which was clearly at variance with the information he had provided when opening the account,” it said.

Internal warnings from bank staff were ignored, it found.

FINMA banned Falcon from entering new business relationships with foreign politically exposed persons for three years and said Falcon would lose its license if there is any repetition of the offense.

The regulatory crackdown in Singapore comes at a time when rich Indonesians have begun to move billions of dollars from Singapore-based banks back home to take advantage of a tax amnesty.

Ravi Menon, managing director of Singapore’s central bank said in the MAS statement the board and senior management of financial institutions play a pivotal role in keeping Singapore a clean and trusted financial center.

“They must put in place robust mechanisms to detect suspicious activities, promote strong risk awareness among their staff, and empower their compliance and risk management people,” said Menon. “Most of all, they must set the tone from the top – that profits do not come before right conduct.”