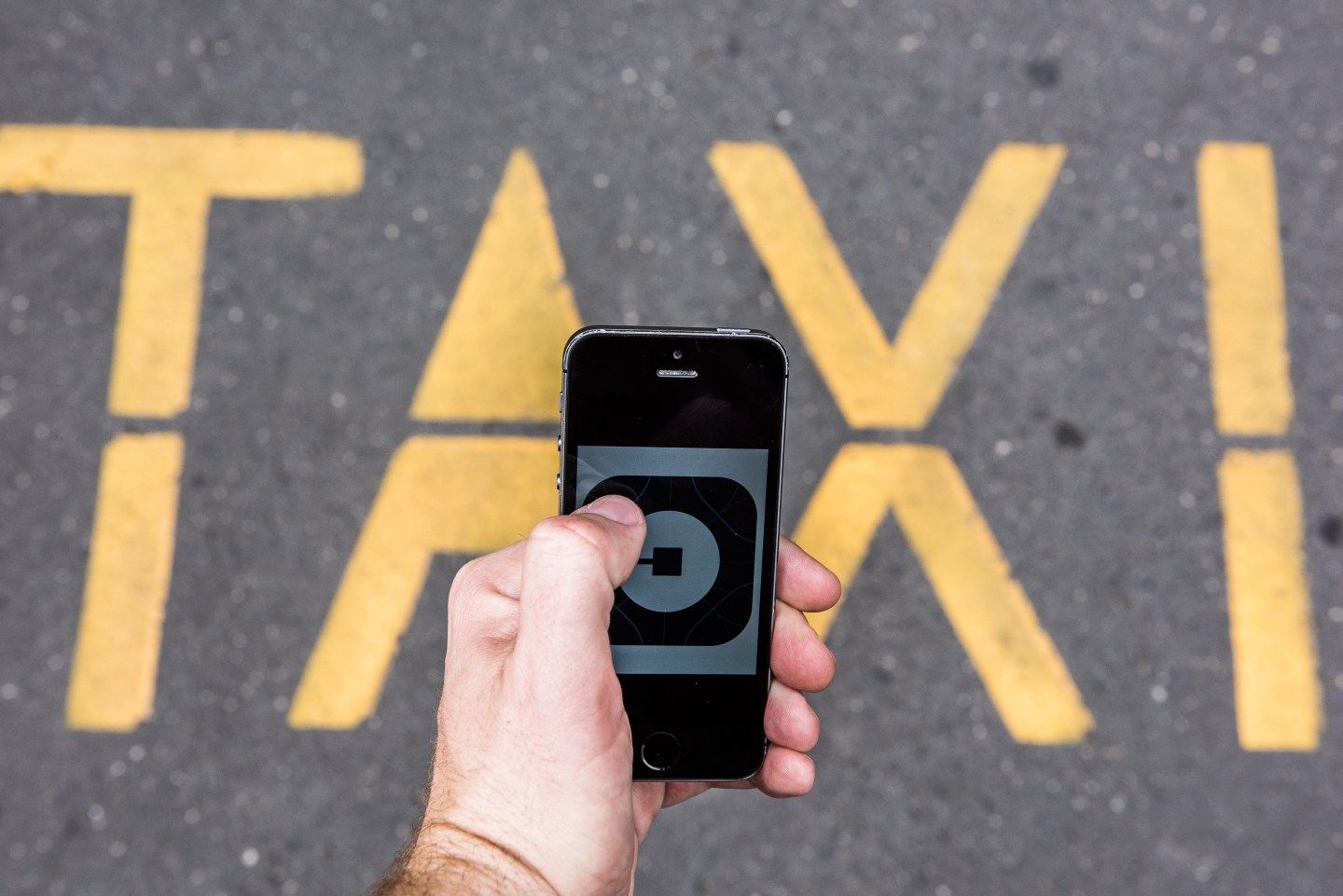 A customer holds an Apple Inc. iPhone displaying the Uber Technologies Inc. car service application (app) logo in front of a taxi rank road marking in this arranged photograph in Budapest, Hungary, on Wednesday, July 13, 2016. Uber will suspend its ride-hailing services in Hungary from July 24 following a government decision to pass a bill that allows authorities to block access to the mobile application and fine media promoting it. Photographer: Akos Stiller/Bloomberg via Getty Images
Photo by Akos Stiller—Bloomberg via Getty Images

Thousands of Portuguese cab drivers blocked access to Lisbon international airport on Monday to protest government plans to regulate alternative ride-hailing services like Uber, and vowed to maintain their blockade until their demands are met.

Travelers arriving in Lisbon queued for hours to buy metro tickets to the city centre as protesters kept competitors from U.S.-based Uber and its Spanish rival Cabify from getting to the airport, attacking those who tried to pick up or drop off passengers with stones. Several cars were badly damaged.

At one point, protesters scuffled with police, who used tear gas, fired blanks, and arrested three taxi drivers. Violence subsided when representatives of the drivers’ unions were summoned for talks with Environment Minister Joao Pedro Fernandes.

But Carlos Ramos, head of the Portuguese Taxi Federation, told reporters after the meeting all the unions got from the government was “a fistful of nothing” and said protesters will not leave the area of the airport.

The minister said that although the meeting was productive, “deep divergences remained” over cab drivers’ demands to impose limits on the number of cars not identified as cabs, which would give taxis an upper hand. He would not say when and if a next meeting would be scheduled.

After a court in June overturned a previous ruling that had banned Uber in Portugal, Prime Minister Antonio Costa has said he wants to regulate the app-based services, introducing compulsory training for drivers, shorter than that required for normal taxis, and making them pay insurance for passengers.