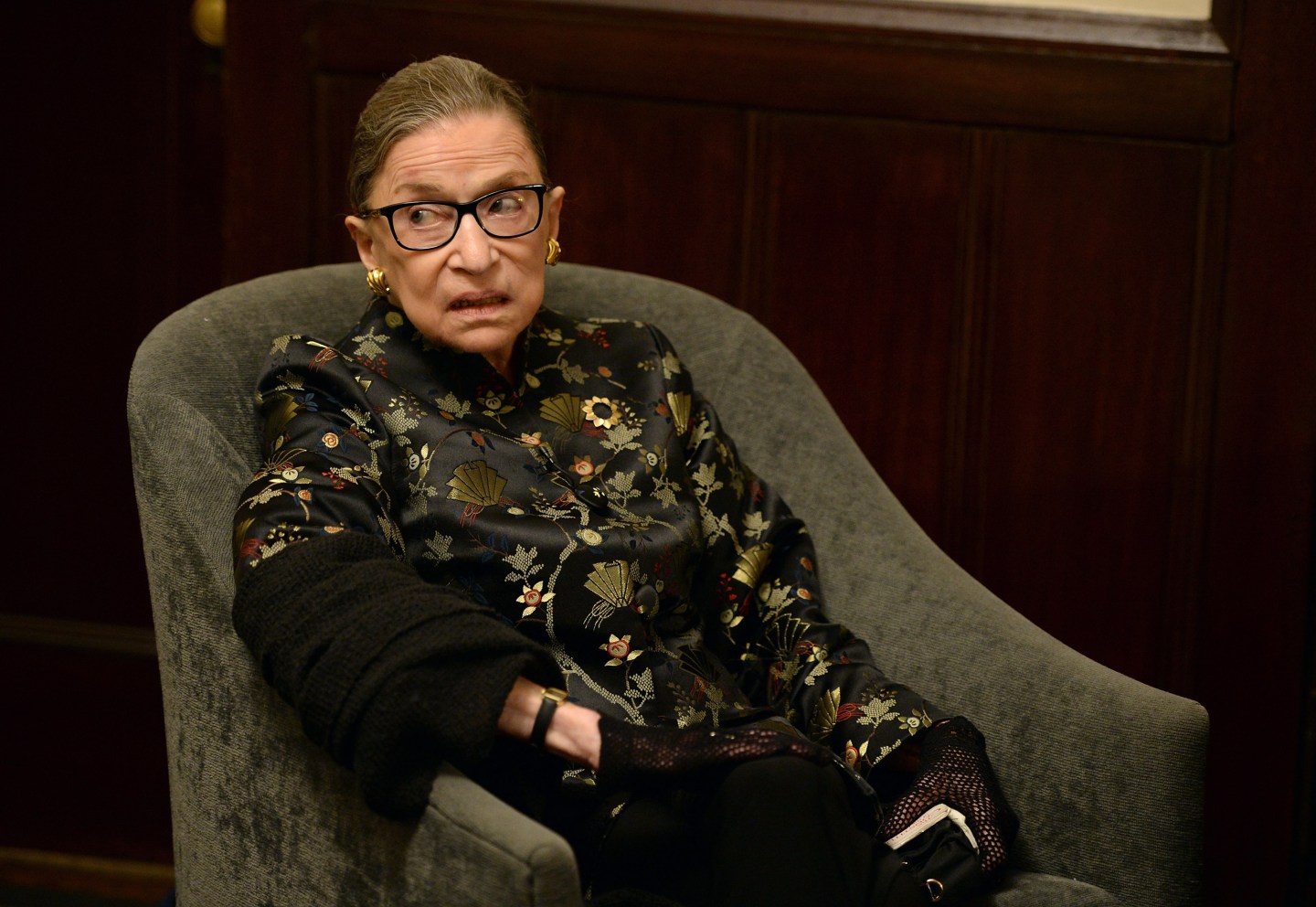 Ruth Bader Ginsburg has never been one to sugarcoat her opinions.

In an interview with Yahoo global news anchor Katie Couric, the Supreme Court Justice said the refusal of San Francisco 49ers quarterback Colin Kaepernick and other athletes to stand for the national anthem before games is “dumb and disrespectful.”

“Would I arrest them for doing it? No,” Ginsburg said, elaborating that while she disagrees with the action, it’s not a punishable offense. “I would have the same answer if you asked me about flag burning. I think it’s a terrible thing to do, but I wouldn’t lock a person up for doing it. I would point out how ridiculous it seems to me to do such an act.”

Kaepernick began taking a knee during the national anthem before NFL games as a way to raise awareness about police brutality against African Americans and other civil rights offenses. “I am not going to stand up to show pride in a flag for a country that oppresses black people and people of color,” Kaepernick told NFL Media after a game back in August.

“To me, this is bigger than football and it would be selfish on my part to look the other way. There are bodies in the street and people getting paid leave and getting away with murder,” he said.

Last month, President Obama defended Kaepernick’s right to protest, acknowledging that while it is a “tough thing” to see, the quarterback is “exercising his constitutional right to make a statement.”

The football player also plans to donate the first $1 million dollars he earns this season to organizations that fight for racial justice.