Renault Is Increasing Its Stake In Russia’s Biggest Carmaker 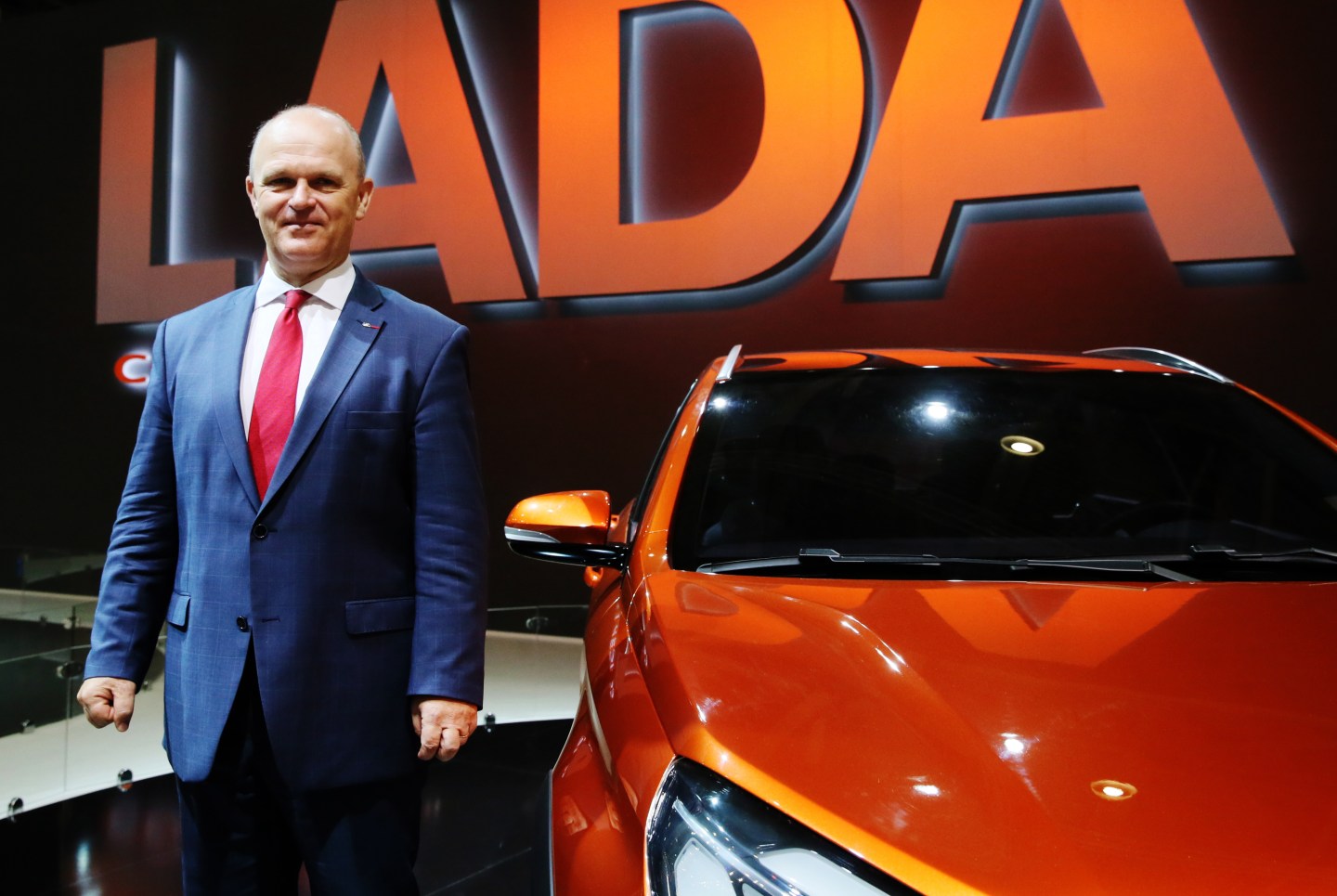 Renault is poised to raise its bet on Russia, voting with other shareholders in troubled Avtovaz to launch an 85 billion rouble (1.2 billion euro) recapitalisation in which the French carmaker may be the sole cash contributor.

Renault is to fund most or all of the rights issue put to shareholders on Monday – 30 percent of the overall capital hike – as it increases its stake in the Lada maker to more than 70 percent and consolidates its accounts as a subsidiary.

The bailout shores up Renault’s eight-year-old investment in Avtovaz, in the hope of a big payoff when the Russian economy eventually recovers from a prolonged oil price slump compounded by international sanctions. Avtovaz has contributed positively to Renault profit in only two of those eight years.

Renault-Nissan Chief Executive Carlos Ghosn acknowledged the setbacks in a recent newspaper interview, underlining upbeat group earnings achieved “in spite of the collapse of the Russian and Brazilian markets, where we’ve invested heavily.”

Renault expects the Russian auto market, which has already halved from its 3 million peak in 2012, to be down another 12 percent this year and little changed in 2017, sales chief Thierry Koskas said at the Paris auto show on Sept. 29.

Bo Andersson, installed by Ghosn as Avtovaz CEO in 2013, was replaced by Frenchman Nicolas Maure earlier this year after drawing fierce local criticism over cutbacks at the carmaker’s sprawling Togliatti plant and local suppliers.

But the cuts and new models introduced on Andersson’s watch may help the carmaker to weather the storm. Lada sales were up 5 percent in September, according to data published on Monday, bucking the Russian market’s 11 percent decline.

Now Renault is preparing to inject another 350 million euros in the December rights issue. Alliance partner Nissan and state-owned defense conglomerate Rostec – major Avtovaz shareholders until now – are not expected to take part, instead allowing their stakes to fall sharply.

Barclays cut its target price on Renault shares by 4 percent after the proposed capital increase was unveiled last month.

“While we continue to believe Russia offers long-term opportunities for the manufacturer, we cannot ignore the short-term burden,” analyst Alexis Albert said in a note.

“This is an interesting long-term positioning in Russia but we also need to admit it has been quite costly.”

The operation will cut Renault’s operating margin by half a percentage point and wipe 1.3 billion euros from its 2016 net cash position as it assumes Avtovaz debt, the bank predicts.

Renault’s Avtovaz stake is expected to reach 72.5 percent, almost double today’s level, while Nissan’s falls to 5.5 percent from 12.5 and Rostec’s to 11 percent from 25, a source close to one of the shareholders said.

The rights issue, also open to minority shareholders accounting for 25 percent of Avtovaz stock, is to be followed next year by a second stage to the recapitalisation in which Rostec and Renault both swap Avtovaz debt for new shares.