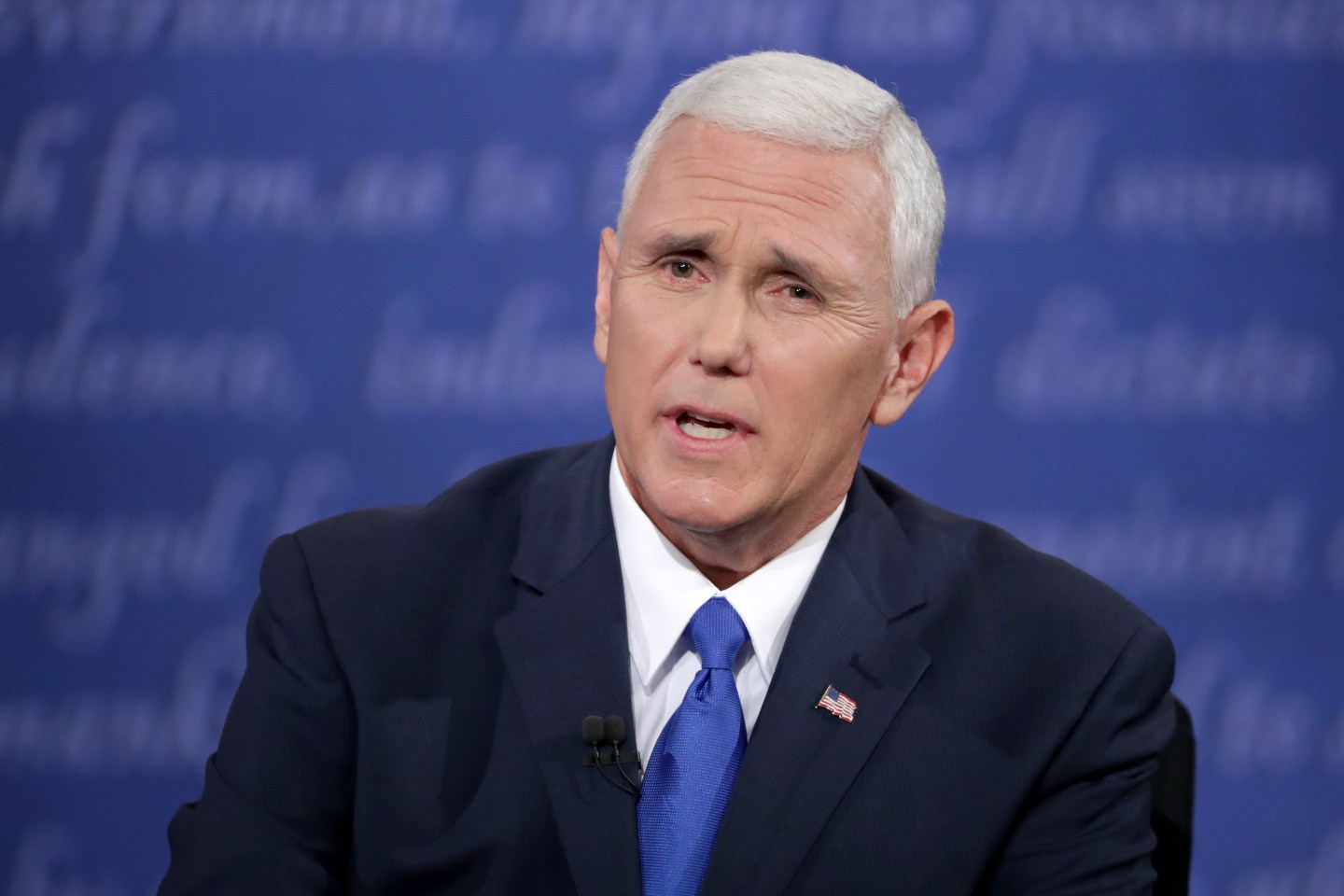 Republican vice presidential candidate and Indiana Gov. Mike Pence said Saturday that he “cannot defend” the remarks Donald Trump made about women in a 2005 conversation that surfaced on Friday.

“As a husband and father, I was offended by the words and actions described by Donald Trump in the eleven-year-old video released yesterday,” Pence said in a statement. “I do not condone his remarks and cannot defend them. I am grateful that he has expressed remorse and apologized to the American people.”

The video published by the Washington Post featured Trump boasting about being able to grope women because of his fame.

“And when you’re a star, they let you do it,” Trump says in the video. “You can do anything.”

In the past day, Trump’s comments have been condemned by Republican leaders. Several have called for him to step down, with many requesting that Pence take his place as the nominee.

In interviews on Saturday, Trump said he would “never withdraw.”