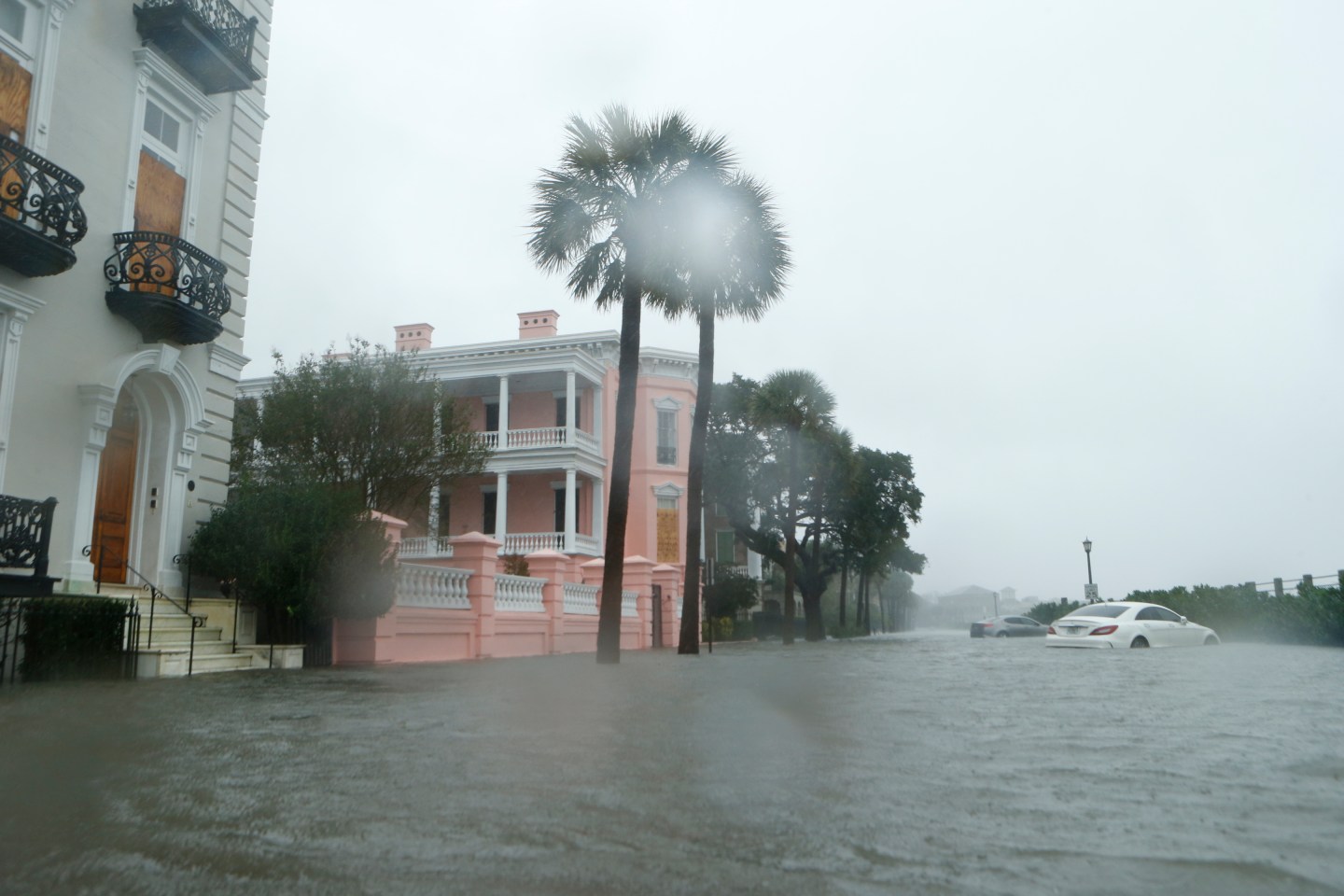 Hurricane Matthew slammed into South Carolina on Saturday, packing a diminished yet still powerful punch after killing almost 900 people in Haiti and causing major flooding and widespread power outages as it skirted Florida and Georgia.

The most powerful Atlantic storm since 2007 left flooding and wind damage in Florida before moving north to soak coastal Georgia and the Carolinas. Wind speeds had dropped by nearly half from their peak about a week ago to 75 miles per hour (120 kph), reducing it to a Category 1 hurricane, the weakest on the Saffir-Simpson scale of 1 to 5.

Matthew, which topped out as a ferocious Category 5 storm more than a week ago, made landfall near McClellanville, a village 30 miles north of Charleston that was devastated by a Category 4 hurricane in 1989. The National Hurricane Service warned of serious flooding in the area even as the storm slowed as it drove inland.

For more on Hurricane Matthew, watch:

“We rode out the storm. It wasn’t this bad at our house, but here there’s a lot of damage,” said Zowi Cuartas, 18, as he watched people pick up shattered signs near the beach. “We were prepared to lose our house.”

Governor Rick Scott of Florida said more than 6,000 people stayed in shelters overnight but he appeared relieved at a news conference on Saturday the storm had not done more harm.

In Hurricane Matthew’s Path? What Employees Need to Know

“We’re all blessed that Matthew stayed off our coast,” he said, describing extensive flooding, damaged roads, downed trees and homes without electricity. He predicted most people would have power back by Sunday evening. He did not comment on the reports of four deaths.

Streets in downtown Charleston, known for its historic architecture, were flooding up to the tops of tires on some cars and a few residents waded, some barefoot, near the city’s sea wall as high tide approached. Tony Williams, 54, who said he is homeless, rode his bicycle in huge wind gusts after spending the night in the covered garage of a bank. “I just got tired of laying where I was laying,” he said, adding that he had found a raincoat blowing through a parking lot to keep him dry.

On Daufuskie Island near the Georgia border, writer Roger Pinckney, 70, said he was fine on Saturday morning after refusing pleas from officials for residents of low-lying barrier islands to evacuate. “It blew like hell,” he said.

Charleston officials said they were not aware of any deaths, injuries or significant structural damage. Winds and the threat of surges were expected to diminish through the day, National Weather Service forecaster James Carpenter said by telephone.

The toll in the United States was far less devastating than in Haiti, where at least 877 people died earlier, a death toll that ticked up as information trickled in from remote areas, according to a Reuters tally of tolls from officials.

Matthew howled through Haiti’s western peninsula on Tuesday with 145 mph (233 kph) winds and torrential rain. Some 61,500 people were in shelters, officials said, after the storm hurled the sea onto coastal villages.

Aid group Doctors Without Borders was flying personnel in by helicopter. The Haitian government warned a deadly outbreak of cholera in Haiti could worsen, confirming dozens of new cases of the water-borne disease reported since the storm, 13 of them fatal.

Officials in Florida, which has been grappling with an outbreak of Zika, said they hoped the flooding would not worsen the spread of the mosquito-borne virus, which causes fever and birth deformities.

“We have got to get rid of standing water as quickly as we can,” Governor Scott told reporters.

In North Carolina, which remains in Matthew’s path, Governor Pat McCrory warned storm surges and high winds could cause serious problems and was “extremely concerned” the downgrade to a Category 1 would cause people not to take warnings seriously.

Forecasters warned of flooding as 15 inches (40 cm) of rain were expected to fall in some areas along with massive storm surges and high tides.

Some 8 inches (20 cm) of rain fell in the Savannah, Georgia area, downing trees and causing flooding.

Though gradually weakening, Matthew—which triggered mass evacuations along the southeast U.S. coast—was forecast to remain a hurricane until it begins moving away on Sunday, the NHC said.