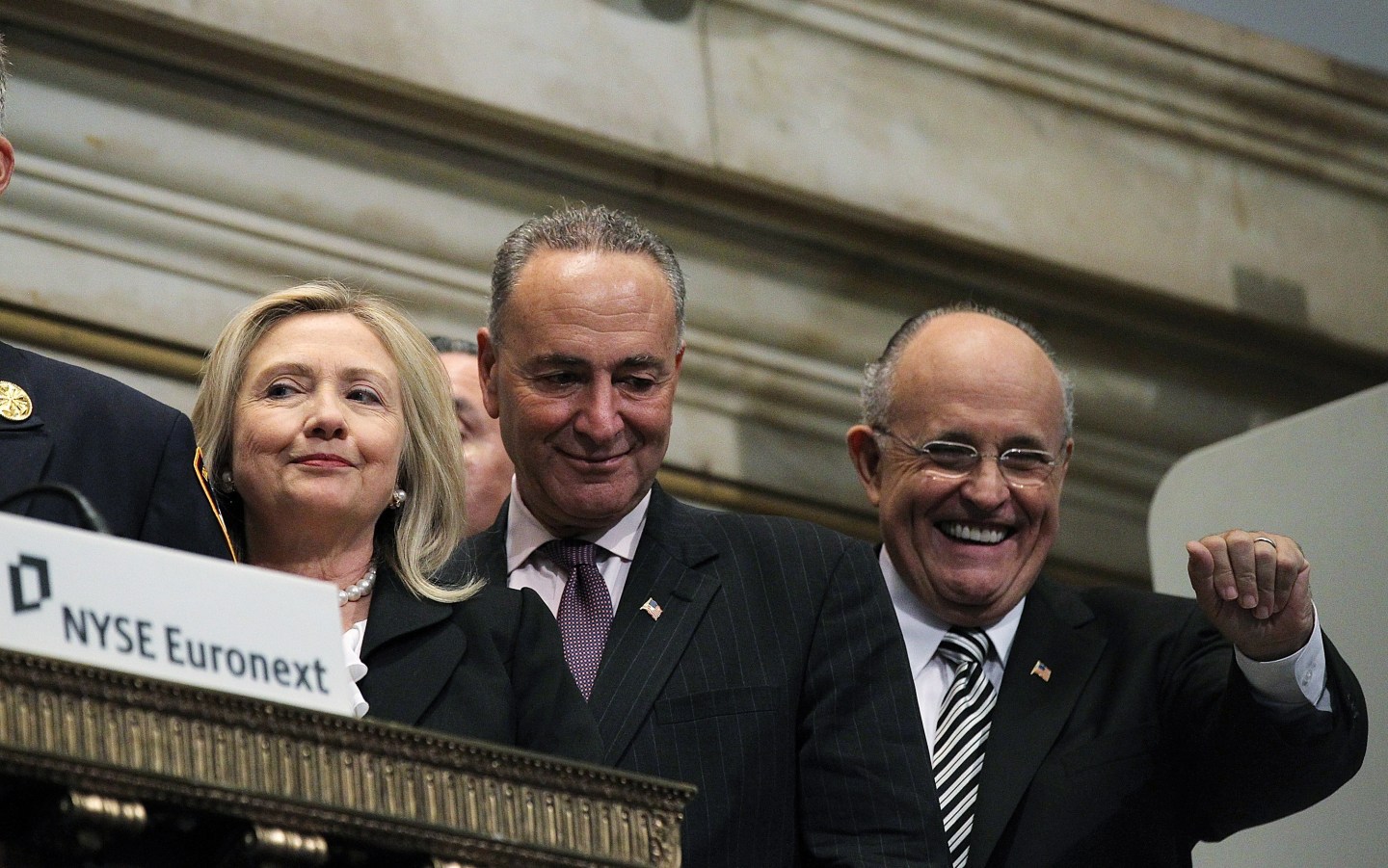 Hillary Clinton took nearly every precaution to ensure voters would never know what she told investment bankers, lobbyists and corporate executives in dozens of closed-door paid speeches before running for president.

Turns out, the Democratic presidential nominee had good reason to do so.

The private comments strike a tone starkly at odds with the fiery message she’s pushed throughout her campaign, particularly during the hard-fought Democratic primary. Some of her remarks give fresh fuel to liberals’ worst fears about Clinton, namely that she is a political moderate, happy to cut backroom deals with corporate interests and curry favor with Wall Street for campaign dollars.

The WikiLeaks organization on Friday posted what it said were thousands of emails obtained in a hack of the Clinton campaign chairman’s personal email account. Among the documents posted online was an internal review of the speeches conducted by campaign aides to survey the political damage her remarks could cause if they ever became public.

In what aides calculated were the most damaging passages, she reflects on the necessity of “unsavory” political dealing, telling real estate investors that “you need both a public and private position.” To investment bankers from Goldman Sachs and BlackRock, Clinton admits that she’s “kind of far removed” from the middle-class upbringing that she frequently touts on the campaign trail. She tells Xerox CEO Ursula Burns that both political parties should be “sensible, moderate, pragmatic.”

And in speeches to some of the country’s biggest banks, she highlighted her long ties to Wall Street, bantering with top executives and saying that she views the financial industry as a partner in government regulation.

“Part of the problem with the political situation, too, is that there is such a bias against people who have led successful and/or complicated lives,” she said, according to an excerpt from an October 2013 discussion with Goldman Sachs CEO Lloyd Blankfein.

Clinton goes on to appears to question the importance of the divestment of assets that financial executives often undertake to avoid the appearance of conflicts of interest when they enter government service.

“You know, the divestment of assets, the stripping of all kinds of positions, the sale of stocks. It just becomes very onerous and unnecessary,” she said.

Clinton’s campaign has refused to confirm—or deny—the authenticity of the thousands of emails, suggesting they were part of a Russian effort to influence the outcome of the presidential race. “I’m not happy about being hacked by the Russians in their quest to throw the election to Donald Trump,” campaign chairman John Podesta tweeted. “Don’t have time to figure out which docs are real and which are faked.”

2. …I'm not happy about being hacked by the Russians in their quest to throw the election to Donald Trump.

3. Don't have time to figure out which docs are real and which are faked…

In an effort to keep those speeches private, strongly worded contracts prohibited unauthorized recordings, reporters were banned and, in some cases, blog posts about her remarks were pulled off websites. Throughout her campaign, she has staunchly refused to release transcripts, resisting pressure from primary rival Bernie Sanders and the media to do so.

The WikiLeaks disclosures should be the kind of “October surprise” that would thrill Clinton’s opponents, who’ve spent years attacking her as untrustworthy and willing to say anything for personal gain.

Yet Republicans have found themselves largely unable to capitalize on the moment, consumed instead by the latest scandal of their nominee, a video showing Trump admitting to making predatory and lewd advances on women.

This isn’t the first time Trump has saved Clinton from damaging political fallout. The memory of Clinton staggering and stumbling after leaving a 9/11 memorial event last month was largely erased by Trump’s destructive performance in the first presidential debate.

But Clinton’s private comments, now public, aren’t going away. If she wins the White House, they’ll trail her into the Oval Office, planting seeds of distrust among some of her liberal allies.

A January 2016 email from the Clinton campaign’s research director to top communications staffers includes excerpts from 15 of the more than 100 speeches she gave after leaving the State Department, appearances that netted her $21.7 million.

One passage puts Clinton squarely in the free-trade camp, a position she has struggled with repeatedly during the 2016 election. During the first general election debate, Clinton said she supports “smart and fair trade.”

But nearly three years earlier, in a talk to a Brazilian bank, she said her “dream” is “a hemispheric common market, with open trade and open borders” and asked her audience to think of what doubling American trade with Latin America “would mean for everybody in this room.”

In another speech that year, Clinton conceded that presidential candidates need the financial backing of Wall Street to mount a competitive national campaign. That’s a position that plays right into political attacks leveled by both Sanders and Trump, who’ve accused Clinton of being bought and paid for by Wall Street.

“New York is probably the leading site for contributions for fundraising for candidates on both sides of the aisle,” she said at the October 2013 investor conference, sponsored by Goldman Sachs. “There are a lot of people here who should ask some tough questions before handing over campaign contributions to people who were really playing chicken with our whole economy.”

Three years after her speech, her campaign and pro-Clinton super PACs have raised nearly $59 million from financial investors, according to data collected by the Center for Responsive Politics.