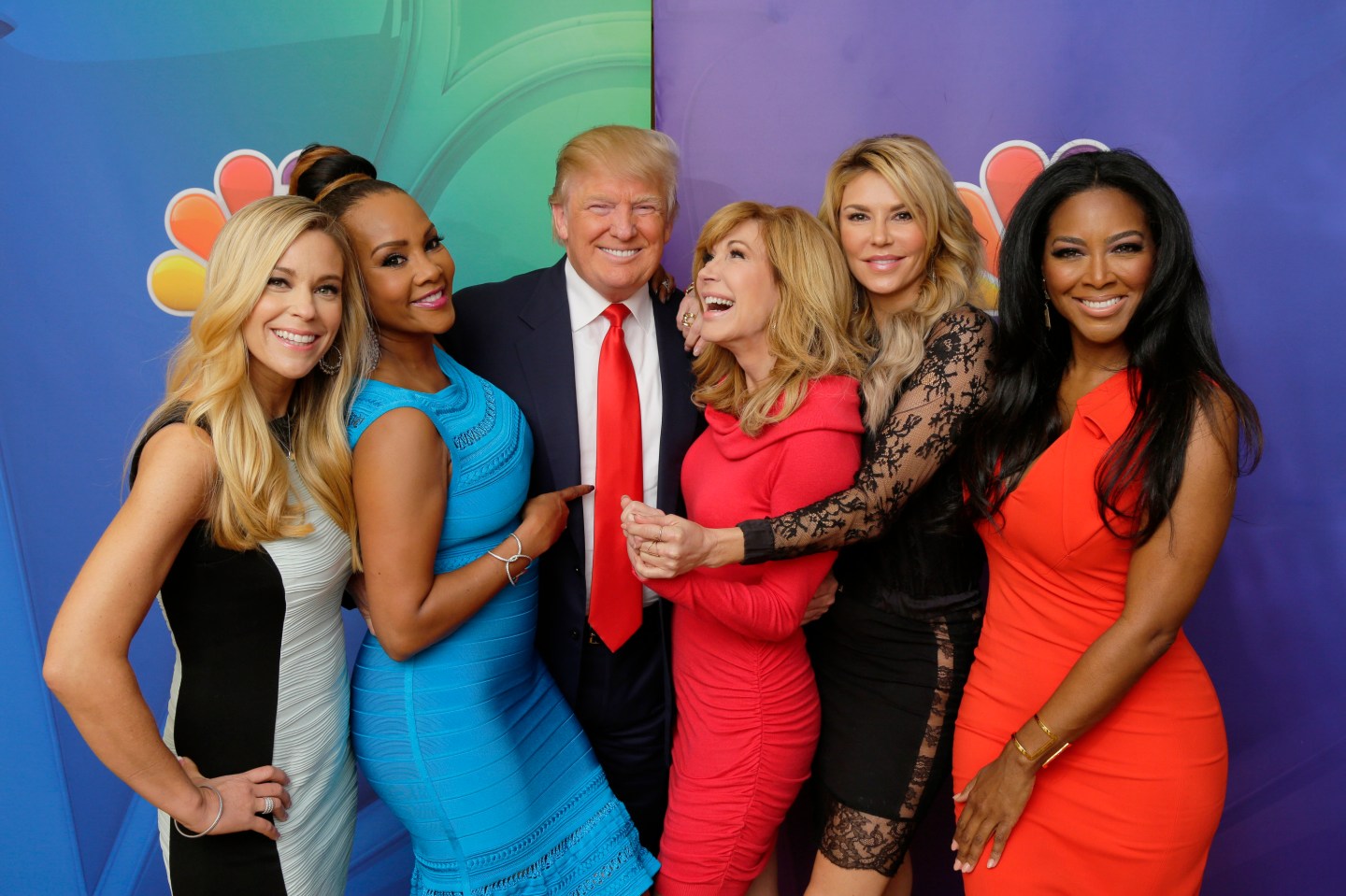 Donald Trump, a candidate whose propensity for offensive absurdity seems endless, may have finally crossed the line when he bragged about sexually assaulting women. That the bragging happened a decade ago doesn’t change the reality that a man who might be president sees half the country’s population not just as objects for his own aesthetic gratification–we knew that thanks to the beauty pageants and the string of model wives–but objects for his physical gratification as well, regardless of how the women in question feel about it. If women are people—and regardless of what Trump seems to think, we are—then this kind of behavior should be disqualifying for the presidency.

Trump already has a woman problem, although as the race has worn on and more conservative female voters have come around to him, it’s not as pronounced as it once was. His latest comments could—should—change that. What Trump describes isn’t just boorish behavior, it’s potentially a crime. In 2005, Trump was caught on tape talking with the Today Show’s Billy Bush (at the time, Bush was at Access Hollywood), and Trump brags that because he’s famous, he could do whatever he wanted to women, and was able to “grab them by the pussy” at his leisure. He likes kissing beautiful women, he says, and so just does it when he wants (“I don’t even wait,” he says—suggesting that he does in fact realize he should have a woman’s consent to kiss her, but feels fine about forcing it). While trying to get a married woman to sleep with him he “moved on her like a bitch.”

Most American Men Don’t Think Sexism Is An Issue

If that’s the case, then American women should be very afraid—and very angry. It’s fun and normal, Trump suggests, for men to hang out talking about grabbing women by their crotches and forcing them to kiss you. This is the root of sexual violence: The idea that women aren’t autonomous human beings with the right and ability to say yes to sexual interactions we want and no to those we don’t, but that we’re receptacles for male sexual desire, that our bodies are up for grabs (literally, in this case).

Even more insulting is that when Trump issued his half-hearted apology, he said this just isn’t a big deal. “Let’s be honest, we’re living in the real world,” he wrote. “This is nothing more than a distraction from the important issues we’re facing today.” Among those more important issues: “We are losing our jobs, we are less safe than we were eight years ago and Washington is totally broken.”

None of that’s actually true—employment numbers are up and violent crime is down—but that Trump believes misogyny and sexual violence are “a distraction” implies he doesn’t know all that much about real America after all. One in five women will be sexually assaulted in her lifetime. Women are routinely pushed out of jobs or made miserable in the workplace because of the same kind of sexualized, misogynist banter Trump and Bush engaged in. Trump doesn’t care; he built a nice little landing pad for his friend Roger Ailes, the disgraced chairman of Fox News who left the company because of his habitual mistreatment of female employees and landed on his feet in the Trump campaign. One of this election cycle’s most notorious sexual harassers already worked for Trump before this latest footage broke. And Trump’s entire adult life, through his 60s, has been a mounting garbage-pile of misogyny. There’s so much of it it’s hard to keep track. These latest revelations are not, as Trump claimed in his apology, words that “don’t reflect who I am.” They just are the latest of many data points, part of a long, clear pattern. They reflect exactly who Trump is.

For more on Trump and women, watch:

This is where women need to put our collective foot down and say you can’t insult us and talk about assaulting us and still expect our votes. That’s an awfully low bar, but still, a significant number of white women say they support Trump. Many women are used to being treated terribly by men – of those one in five who are sexually assaulted, most are assaulted by someone they know. Even women who aren’t sexually assaulted know from experience that there’s a shocking number of men who hate us for existing. Others prefer to pretend that’s not true, that the husband who complains about the bitches he works with is just stressed, that the boyfriend who talks to you with contempt when he’s in front of his friends is just trying to fit in, that the father who says women should be at home with the kids and not out taking men’s jobs is simply old-school, that the boss who ignores your comments and nods approvingly at the men favors them for some fair reason you just can’t see.

Misogyny is a strange kind of bigotry in that it can thrive even in intimacy—it’s not ignorance that helps stoke it, the way a Trump voter may hate Mexicans for taking his job without ever having really gotten to know anyone of Mexican descent. It persists despite the deep familiarity of family and kin, as even the most horrifically sexist men having mothers and sisters and wives and girlfriends. That often makes it harder for women to spot: When you’re a fish living in water, do you know you’re wet? When it’s so common to write off the hatred and abuse of women as “locker room banter,” of course many women believe that lie, too–that boys are just being boys, that men don’t really mean what they say.

Enough. There are a great many men who don’t behave like Trump, who do treat women like human beings and not walking orifices. This isn’t a thing to be applauded or rewarded; it’s the baseline. That Trump falls so below it and is nonetheless the nominee for president from one of our two major parties should have women everywhere ready to riot. What does that say about how the GOP sees us?

Woman Who Accused Trump of Sexual Assault: ‘Don’t Call Me a Liar’

We are so used to being told to wait our turn, to sacrifice for others, to give until it hurts. It’s far past time we said we aren’t going to give any harder–we aren’t going to look the other way and give up our basic dignity to enable a rise to power from a grotesque misogynist like Trump. And men—Trump’s base, at least among whites–shouldn’t be so willing to sacrifice women’s basic humanity for a political victory.

If the GOP truly respected women and believed that women shouldn’t be denigrated and assaulted, they would pull Trump from the ticket. But they won’t. And in the absence of that basic decency, it’s up to women ourselves, and the men who agree that we’re people, to say that Trump’s misogyny has gone on for too long and has finally gone too far.

Trump brags about grabbing pussies. He seems to forget that women also have claws.

Jill Filipovic is a lawyer and writer. This article was originally published on TIME.com