NASA Is Flying A Huge Drone Over Hurricane Matthew 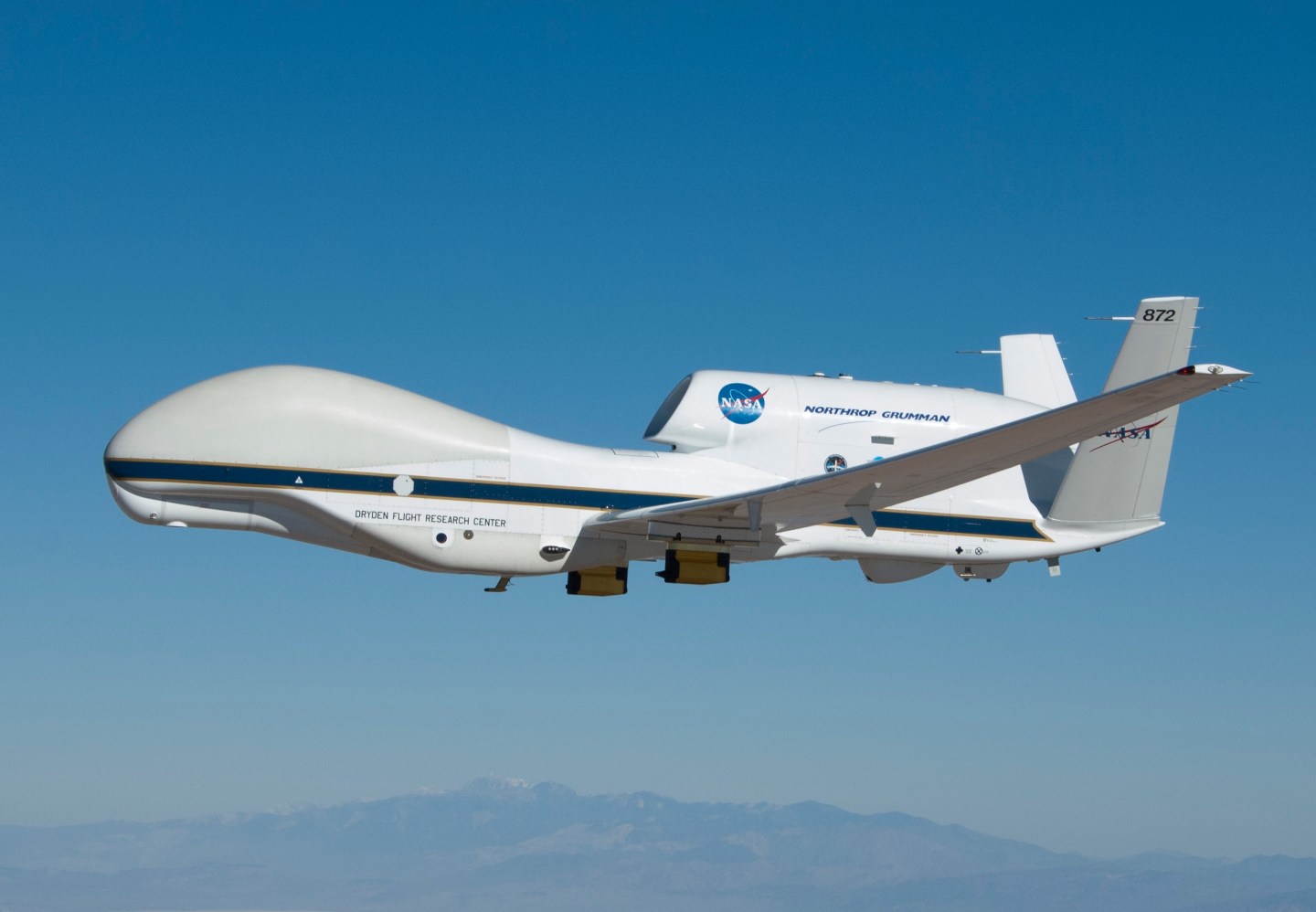 NASA is using a drone to track Hurricane Matthew.

The space agency said Friday that it is flying a Global Hawk drone over huge storm swirls near Florida’s northeast coast. The aircraft weighs nearly 15,000 pounds, has a wingspan of 140 feet, and can fly for 30-plus hours at over 60,000 feet, according to a U.S. Air Force fact sheet.

To capture weather data like temperature, air pressure, and humidity, the drone dropped several devices called dropsondes that collect information as they fall from the sky, NASA said. Small parachutes attached to the dropsondes keep them from breaking apart when they hit the ocean or ground at the end of their descent.

NASA explained that the dropsondes can send weather data in real-time to the National Hurricane Center in Florida, the National Oceanic and Atmospheric Administration, and other organizations worldwide that forecast weather.

The drone flight is part of the NOAA’s Sensing Hazards with Operational Unmanned Technology research program for testing whether drones can assist satellites in collecting weather data. NASA said this is the second year of the three-year research project.

According to an ABC News report on Friday afternoon, the damage caused by Hurricane Matthew has killed three people and left over 1 million Florida residents without power.

During previous hurricanes, like Hurricanes Emily and Dennis in 2005, NASA has flown single pilot planes like the ER-2 aircraft to collect weather data. Flying a drone over a major storm as opposed to an aircraft with a human pilot would presumably be safer and cheaper.