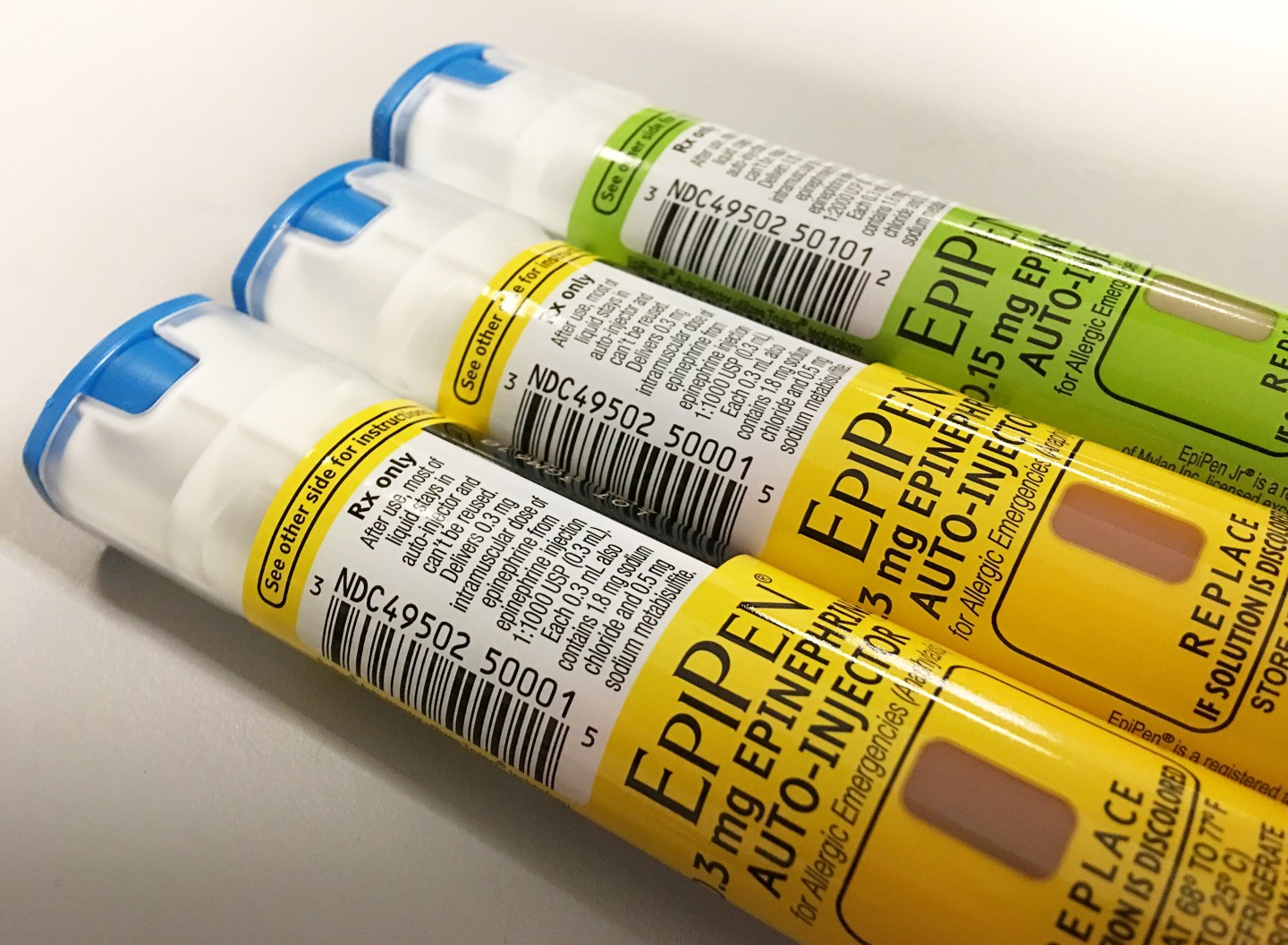 Mylan on Friday said it will pay $465 million to settle questions of whether it underpaid U.S. government healthcare programs by misclassifying its EpiPen emergency allergy treatment, which has come under intense scrutiny after a series of drastic price increases.

Mylan has been lambasted by consumers and lawmakers for raising prices on the lifesaving EpiPen sixfold to over $600 for a package of two in less than a decade, making the devices unaffordable for a growing number of families.

Lawmakers were trying to determine whether Mylan made more money on EpiPen than warranted from state Medicaid programs by having it classified as a generic product, resulting in much smaller rebates to the government health plans.

Mylan Chief Executive Heather Bresch was grilled by the House Committee on Oversight and Government Reform for the price increase and they were skeptical of her profit analysis of the product.

The Centers for Medicare and Medicaid Services, in response to a request from U.S. Senator Amy Klobuchar of Minnesota, said this week that the Medicaid plan for the poor spent $797 million on EpiPen between 2011 and 2015, including rebates provided by Mylan, or $960 million before rebates.

“I am glad the Department of Justice pursued this so quickly,” Klobuchar said in a statement. “If other drugs are misclassified, and surely EpiPen isn’t the only one … the taxpayers need to get their money back.”

Senator Richard Blumenthal of Connecticut blasted the settlement as too small and said Congress should investigate whether Mylan violated the law. “This settlement is a shadow of what it should be – lacking real accountability for Mylan‘s apparent lawbreaking,” he said in a statement.

Mylan said in a regulatory filing on Friday that EpiPen will be classified as a branded drug as of April 1, 2017.

Bresch told lawmakers this week that Mylan plans to launch a $300 generic version of EpiPen as soon as possible this year.

Mylan also lowered its 2016 earnings outlook, but the drugmaker affirmed its 2018 forecast and its shares rose 11% to $39.90 after hours.

“Kudos to management for fast action,” AB Bernstein analyst Ronny Gal said in a video message to investors. “This was one of the major risks everyone was focusing on … now it is essentially off the table.”

For more about Mylan, watch:

Mylan said it will record a pretax charge of about $465 million in the quarter ended Sept. 30. The company, which will make the payment to the Department of Justice and other government agencies, said the settlement does not include any finding of wrongdoing.

Mylan said it “remains committed” to its target of at least $6.00 in adjusted earnings per share in 2018.