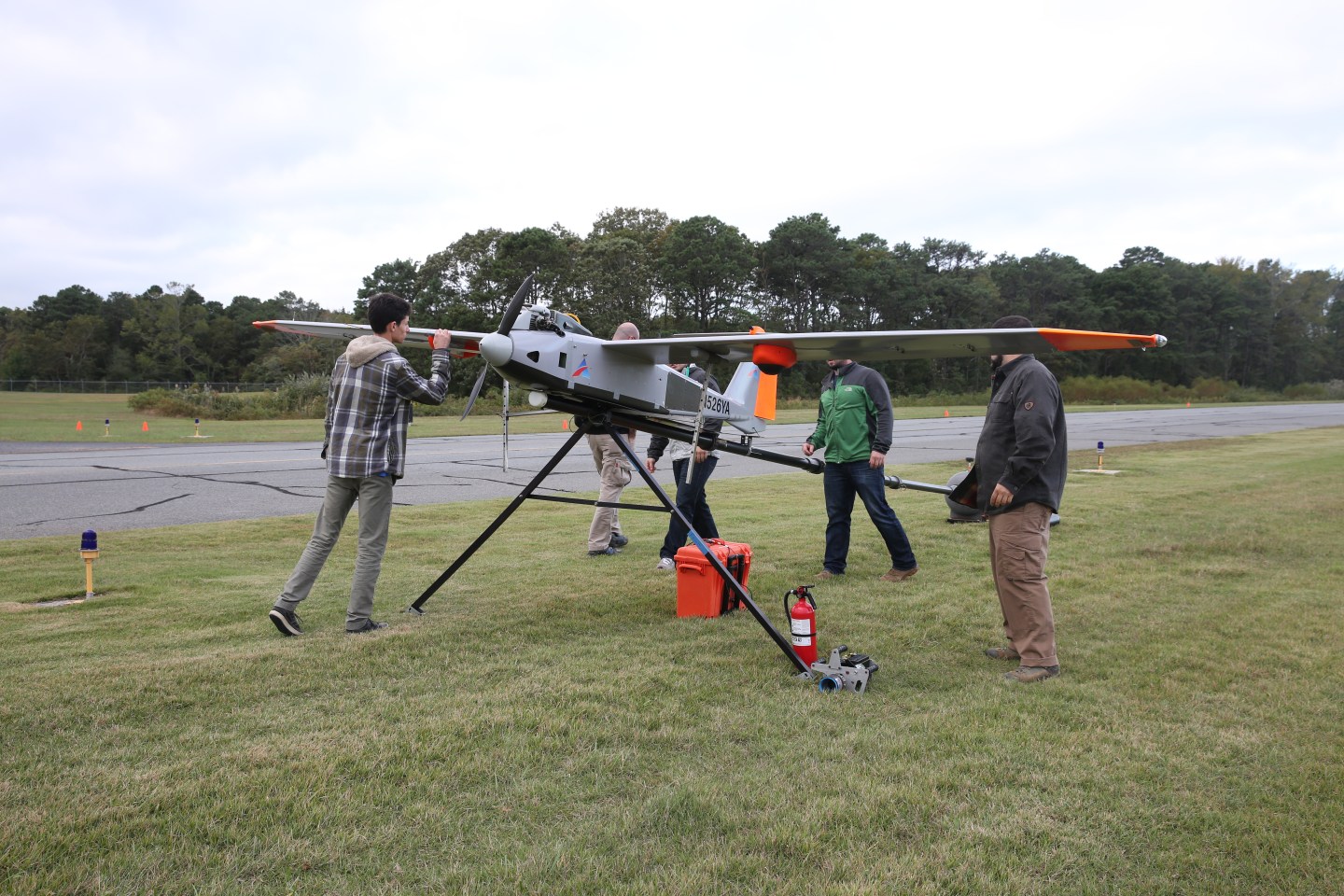 Verizon Communications is testing the deployment of large-scale drones to provide mobile connectivity in emergency situations when the land-based cellular network has been damaged. But the carrier hopes the trials will also entice corporate customers who may want to use the connected drones for new business applications.

On Thursday, Verizon is running a trial with a high-altitude drone flying out of Cape May, N.J. to provide LTE mobile connectivity to first responders in a simulated weather emergency. The drone, being flown by American Aerospace Technologies, is nothing like the small, quad copter devices flown by amateurs at home. With a 17-foot wingspan, Verizon’s drone more resembles the the types of unmanned aircraft used in the military.

Verizon engineers are hoping to learn how large an area can be provided with service from the drone, the optimal altitude, and other useful guidance for future flights.

But Verizon (VZ) isn’t just testing the use of drones for emergencies. The carrier also sees business potential for developing connected drones. Next year, Verizon will add drone capabilities to its platform for connected, smart devices known as ThingSpace. Verizon CEO Lowell McAdam has targeted the Internet of things (IoT) as one of the company’s top priority growth markets. Ultimately, drones could be used by customers to gather traffic data, inspect agricultural fields, or measure storm damage.

“Essentially conducting the trials on our LTE network has set the stage for additional IoT use cases,” a Verizon spokeswoman said.

Verizon is working with the New Jersey Institute of Technology, a university based in Newark that obtained permission from the Federal Aviation Administration for the drone trial. Data gathered in Thursday’s trial will be shared with the FAA to help craft future rules regarding drones, Verizon said.

Some big technology companies have also been exploring the use of unmanned aerial vehicles for connectivity. Facebook (FB) said this week that it is talks with several countries about using high altitude, solar-powered drones to provide Internet connections. Alphabet’s Google (GOOGL) unit has been similarly been testing connectivity via high-altitude balloons under its Project Loon. But both efforts are aimed at connecting people in less-developed parts of the world, not the United States.