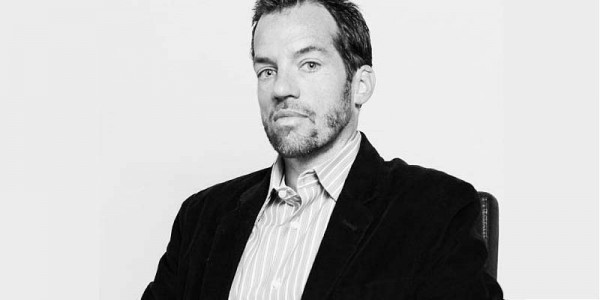 Courtesy of Mike Kail via Yahoo

Mike Kail, the former chief information officer at Yahoo (YHOO) who resigned from his post last year amid a legal spat with Netflix, his previous employer, has landed new funding for his startup.

Kail is a cofounder of Cybric, a year-old software security firm headquartered in Boston, Mass. that seeks to automate application security review during software development. The company has raised $6.3 million in a seed round of funding, adding to an initial injection of $1.3 million in venture capital last fall.

The latest round is led by Capstone Ventures, the VC arm of Capstone Partners, a Boston-based investment bank. Also participating in the round is return investor Petrillo Capital, a year-old venture capital firm based in Boston that provided the initial seed funding last year.

In November 2014, Netflix (NFLX) sued Kail, who had served as the company’s vice president of IT operations until three months prior, for allegedly accepting hundreds of thousands of dollars in vendor kickbacks. The parties have since settled out of court, and Netflix’s complaint was dismissed on Dec. 7, 2015, according to public documents reviewed by Fortune.

“Any details of the resolution are unfortunately private to protect both parties,” Kail told Fortune. “It’s been two years. I’ve moved past that and I’m completely focused on Cybric and its success.”

Now, Kail serves as Cybric’s chief innovation officer, where he is responsible for the company’s product roadmap and strategic partnerships. He officially joined the team—which consisted of Ernesto DiGiambattista, Cybric’s CEO, and Sean Walter, Cybric’s chief design officer—in October 2015. The three of them launched the company a month later.

In a year, Cybric has grown to a headcount of 13 and has tested an alpha version of its product, said CEO DiGiambattista, who formerly served as chief technology officer at Sentinel Benefits, a financial consulting firm based in Wakefield, Mass. Cybric is preparing to release a live version of the product in the fourth quarter of this year, likely around the holidays, he said.

“Companies don’t have a great strategy around application security,” Kail said, noting a shortage of security engineers and the need to alleviate their workloads by automating basic tasks. “They’re doing what I call minimum viable security, but it’s not that viable, given the number of breaches we see on a weekly basis.”

John Ferrara, managing partner at Capstone Ventures, said that one reason he chose to invest was the caliber of the executives on the team. “They have tenured guys with big company backgrounds, which can help them get to market earlier than a traditional tech startup,” he said.

Asked about the since-dismissed lawsuit that had trailed Kail until the end of last year, Ferrara said, “I’m not personally concerned about it.”

“I have 100% faith and trust in Mike Kail,” he said, adding, “I don’t know that talent like that would have been available, had that not occurred.”