‘That Mexican Thing’ Took on a Life of Its Own Online 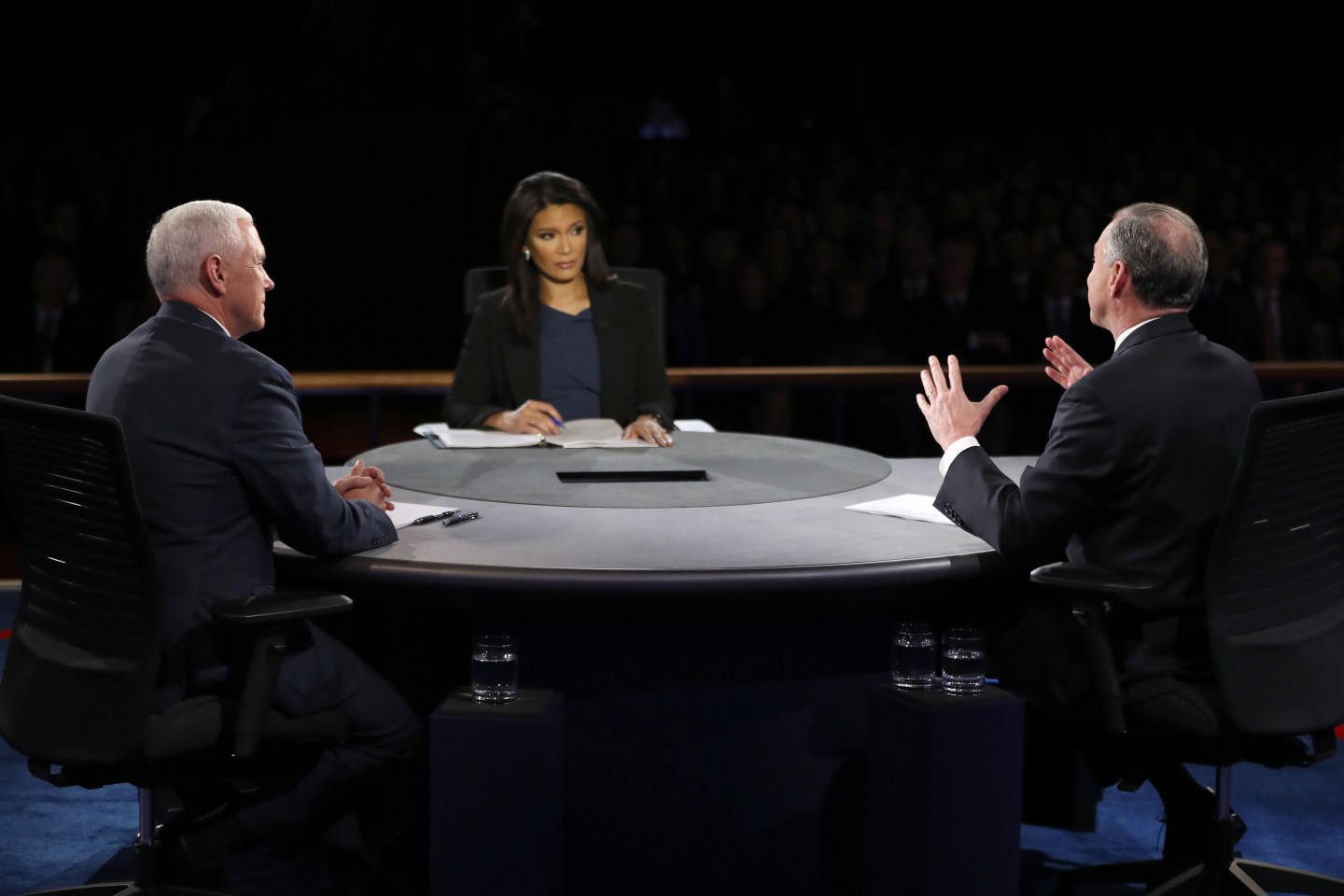 Once again, a poorly worded phrase at a debate took on a life of its own online.

At Tuesday’s vice presidential debate, Virginia Sen. Tim Kaine had again referenced Donald Trump’s campaign launch, in which he said that Mexico was sending rapists to the U.S.

“You whipped out that Mexican thing again,” Pence replied, peevishly.

Reaction on Twitter was quick, especially among Latinos. The hashtag #thatmexicanthing soon filled with Clinton supporters and Trump critics.

#ThatMexicanThing was my neighbor who works 100 hrs a week to send his kids to a decent private school. #VPDebate

#ThatMexicanThing where my mom has worked as a housekeeper for 25 yrs because her dream is to see her family's dreams come true. #VPDebate

By the end of the debate, some anonymous wag had registered the website thatMexicanthing.com and redirected it to Hillary Clinton’s website.

The moment was the third most tweeted moment on Twitter, behind the two vice presidential nominees discussing Russian President Vladimir Putin and the global use of nuclear weapons.

Overall, the Republican ticket far outstripped the two Democrats in share of the conversation online, on both Facebook and Twitter—meaning more people were talking about them, negative or positive.