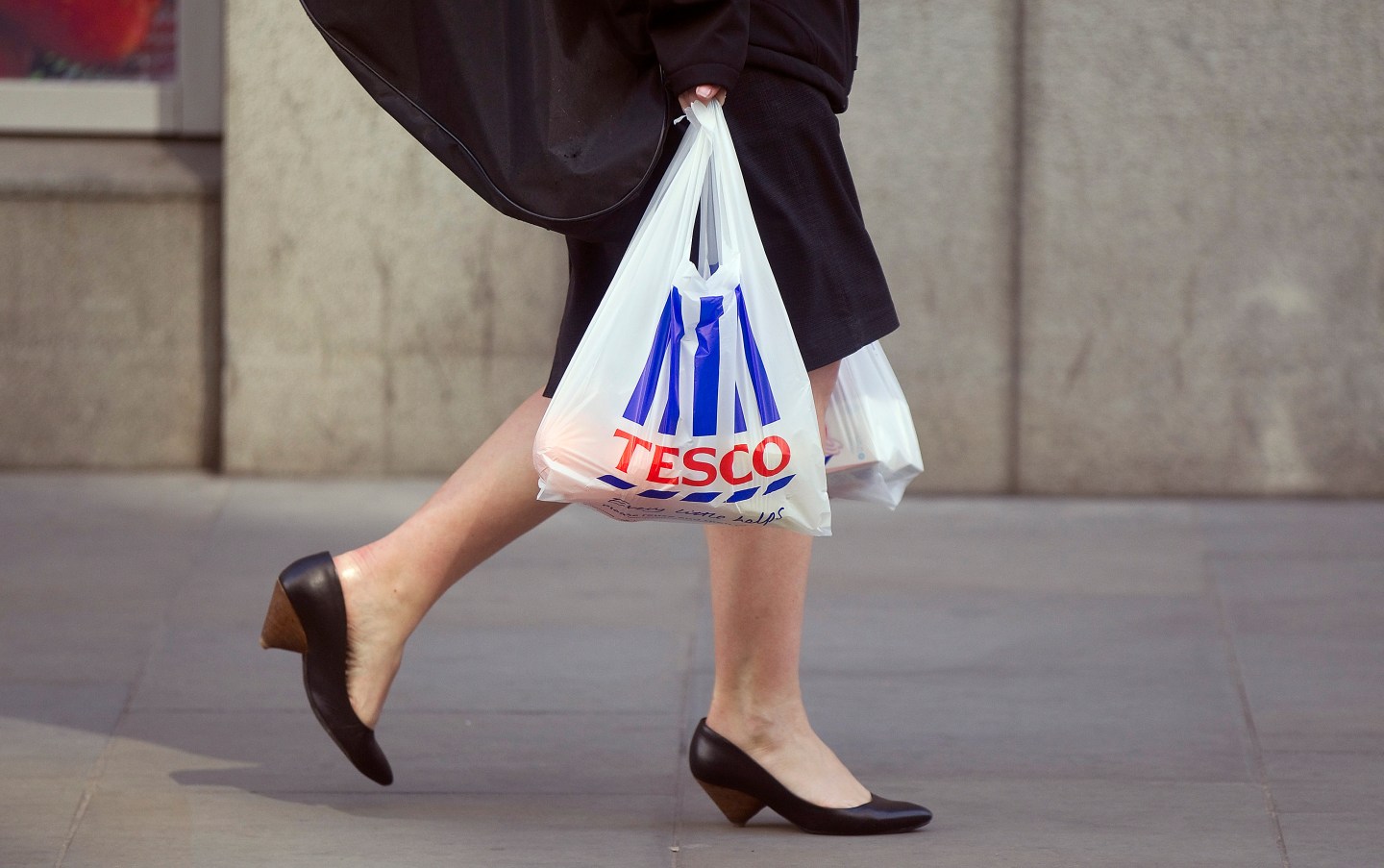 A customer carries their groceries in plastic carrier bags as they exit a Tesco Metro supermarket in London, U.K., on Wednesday, April 11, 2012. Tesco Plc needs to invest as much as 1 billion pounds ($1.6 billion) to turn around its flagging U.K. business, a process which may take as long as three years, according to the U.K. retailer's fourth-largest shareholder. Photographer: Simon Dawson/Bloomberg via Getty Images
Photograph by Simon Dawson—Bloomberg via Getty Images

Britain’s biggest retailer Tesco said it would increase investment in its stores and distribution network to boost profitability over the next three years, after reporting first-half results at the top end of expectations.

Tesco Chief Executive Dave Lewis is spearheading a recovery after the growth of German discounters Aldi and Lidl and an accounting scandal hammered the group’s profitability.

Tesco said it would cut its operating costs by 1.5 billion pounds ($1.9 billion) by improving its distribution network and simplifying its store operations.

Tesco reported a 60% rise in operating profit before one off items of 596 million pounds for the six months to Aug. 27, at the top end of analysts’ forecasts.

It said it was on track to deliver profit of 1.2 billion pounds for the full year, broadly in line with market expectations, after the recovery in its sales at British strengthened in the second quarter,

Tesco said however its pension deficit had ballooned to 5.9 billion pounds, up from 2.6 billion pounds in February due to the collapse in bond yields.