Rent Is Finally Getting Cheaper in These Major Cities 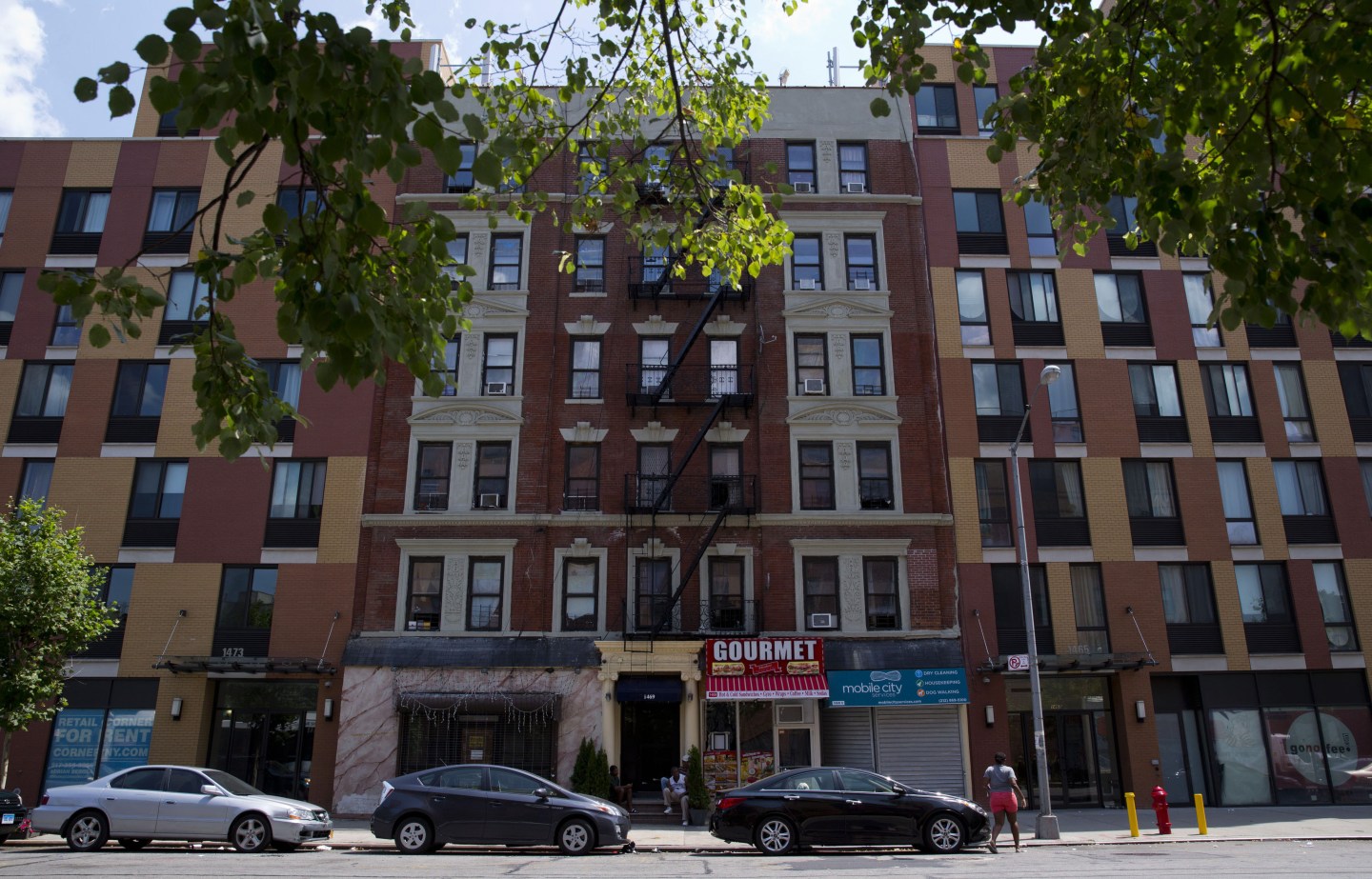 An old building stands between newly constructed apartment buildings in central Harlem, New York, U.S., on Sunday, Aug. 10, 2014. Developers and buyers are betting Harlem apartment prices, which lag behind the rest of Manhattan by about 50 percent, still have room to grow. The neighborhood's transformation over the past two decades already has enriched succeeding waves of homeowners, as condo prices almost doubled over the past decade and more than tripled over the past 20 years, according to the Furman Center for Real Estate and Urban Policy at New York University. Photographer: Jin Lee/Bloomberg via Getty Images
Photograph by Jin Lee — Bloomberg via Getty Images

Apartment rents in some of the most expensive U.S. cities are falling for the first time since 2010.

In the third quarter of 2016, rent prices fell 2.75% in Houston, 0.51% in San Francisco, 0.19% in New York, and 0.79% in San Jose, Calif., according to a new report from apartment data firm Axiometrics. It’s the first time since 2010 that rent growth in the U.S. has been in the negative. Elsewhere in the U.S. rent continued to rise, increasing an average 2.99% in the third quarter compared with the same period a year ago.

The lower rent prices stem from a growing supply of rental properties in urban centers, though demand has begun to wane. According to CoStar, another real estate research firm, U.S. rental buildings remain vacant for longer stretches of time as more consumers look toward the suburbs. At the same time, the growth of high-paying jobs in centers such as New York and San Francisco has begun to slow, the Wall Street Journal reported.

This surge in supply makes it easier for consumers to negotiate down their rent prices, with landlord concessions more than doubling since last year, the Journal reported.

At the same time, negotiability on Manhattan apartments for sale also rose 0.7% in the third quarter as fewer consumers came forward to buy properties. And yet builders plan to continue working on new residences, according to a Tuesday report from Douglas Elliman and Miller Samuel.