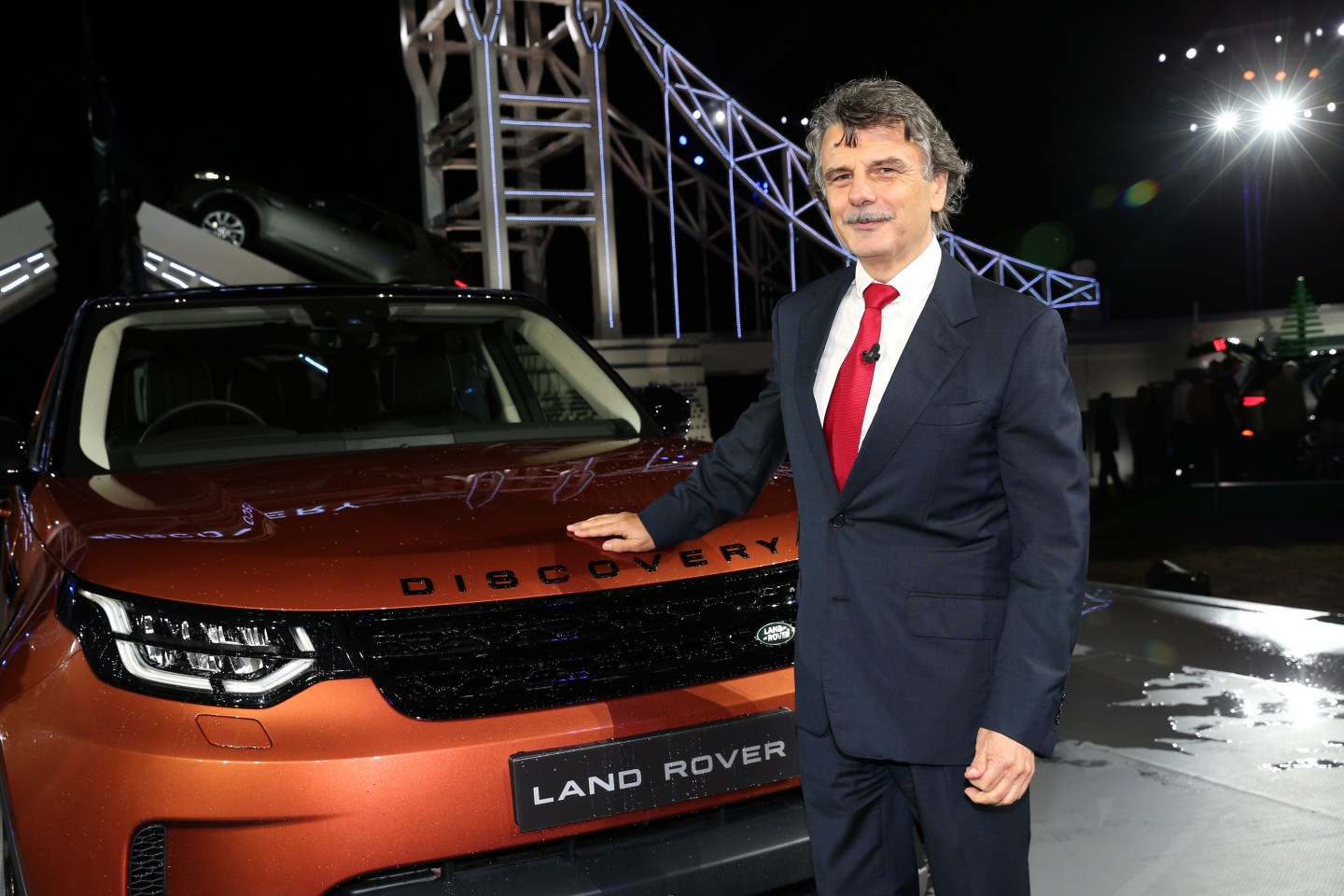 Jaguar Land Rover will “realign its thinking” on investment after Britain’s vote to leave the EU and if Nissan gets a Brexit compensation deal then other automakers would need a level playing field, Britain’s biggest carmaker said.

Chief Executive Ralf Speth also told Reuters on Friday that there were signs that some customers in Europe, Jaguar Land Rover’s biggest market, no longer wanted to buy British cars.

Speth responded to comments by Nissan Chief Executive Carlos Ghosn, who said on Thursday he would halt new investment in Britain without a pledge of compensation for tariffs imposed on UK-built cars in the event of a ‘hard Brexit’.

“We are the only car manufacturer in the UK to do all the work in terms of research, design, engineering, production planning in the UK,” Speth said.

“We want to have fair treatment and a level playing field at the end of the day,” he told Reuters by telephone from the Paris auto show.

Britain is not expected to begin formal divorce talks from the European Union until 2017, which will last two years, but there are growing concerns among carmakers about the implications of a ‘hard Brexit’, which would leave firms paying tariffs to export UK-assembled cars to EU markets.

Carmakers Nissan and Toyota both warned on Thursday that tariffs could hurt production in Britain and Volkswagen-owned brand Skoda urged Britain, Europe’s second-largest car market, to clarify the situation as soon as possible.

Britain’s business ministry did not respond to multiple requests for comment.

Speth said Jaguar Land Rover (JLR), which built one third of Britain’s 1.6 million cars last year, would face a double hit in the event of ‘hard Brexit’ with tariffs on exported cars and imported parts and technology hurting competitiveness.

“If we face higher tariffs than anybody else then it’s quite clear that it’s reducing the competitiveness of our products especially in Europe,” he said. “The order of magnitude cannot be calculated right now.”

Two sources told Reuters in June that the firm estimates its annual profit could be cut by 1 billion pounds ($1.3 billion) by the end of the decade if Britain returned to WTO tariffs of 10 percent, according to internal documents.

Speth also raised concern that some European consumers might be shunning British brands in the wake of the Brexit vote, referring to comments by European sales representatives.

“They have the very first customers in their showrooms (who) clearly highlight that they don’t want to buy British products any more,” he said.

Any blow to the British car industry, which was dogged by wild-cat strikes and poor productivity in the 1970s and 1980s, could undo years of recent progress with output currently expected to reach a record high of 2 million by 2020.

JLR said its long-term investment strategy has not changed as a result of the vote but the firm would now have to think again after Britons backed leaving the European Union on June 23.

“We have to realign all of our thinking and work on how to handle this Brexit best,” Speth said. Asked if that included investments, he replied: “Everything.”

Over 800,000 jobs depend on Britain’s overwhelmingly foreign-owned car industry and big carmakers backed continued membership during the campaign, seeing benefits from open trade and standardized rules.

Britain’s car industry body the Society of Motor Manufacturers and Traders warned on Friday that a lack of clarity over a potential deal risked future growth.

“The current uncertainty is not conducive to attracting manufacturing investment to the UK,” Chief Executive Mike Hawes said.

However, Speth left open the possibility of new investment in Britain such as an electric battery and car plant if the conditions, including pilot testing and support from science, were right.

“The best thing would be to have something in the UK… If you are producing batteries there then you will also produce vehicles there,” he said, suggesting a partnership with the Warwick Manufacturing Group in central England.