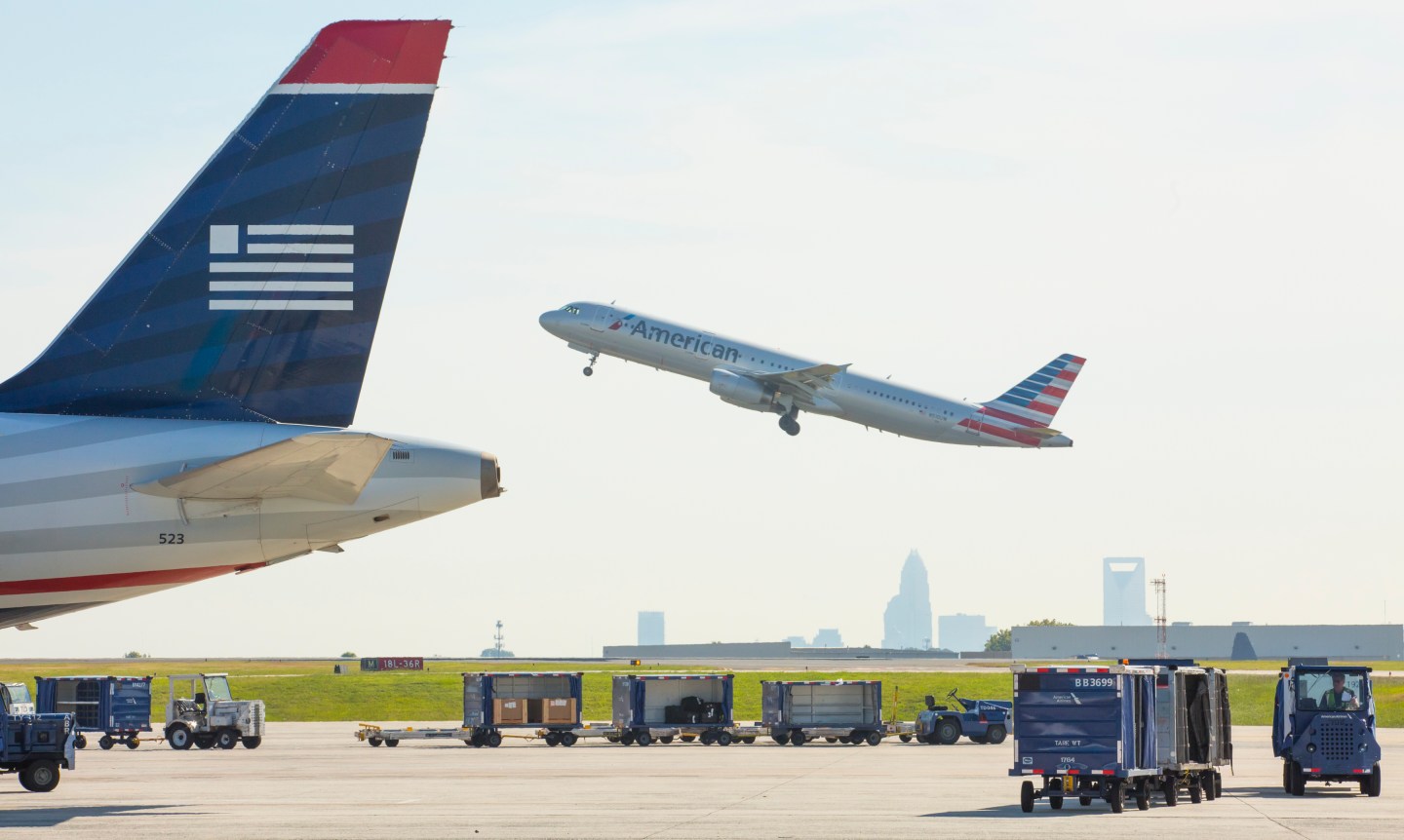 This story has been updated to reflect a response from American Airlines.

American Airlines (AAL) introduced a new uniform earlier this month, marking the first time in over 30 years that the company changed its uniform. It was also the first time that all of its flight attendants donned the same look after the merger with U.S. Airways.

Unfortunately, the uniforms haven’t worked out as well as the airline was likely hoping: Over 400 flight attendants have complained about having adverse reactions to the new clothes, according to the Chicago Business Journal. Employees told the company they’ve been getting headaches and breaking out into hives.

It’s uncertain exactly what is causing this to happen, though an American Airlines spokesperson told Chicago Business Journal that the company believes it’s an allergic reaction to wool. One flight attendant source, however, told the publication that others who have been wearing cotton uniforms have experienced these symptoms as well.

The material for the new uniforms underwent extensive testing, according to the company spokesperson, and “all ended up testing far better than other fabrics in the industry.” The uniforms have since been sent out for additional testing by the Association of Professional Flight Attendants, which is the union that represents these American Airlines workers.

“The number one priority for all of us as we developed our new uniforms was to ensure that our new uniforms not only meet—but exceed—safety and comfort levels. Over the last three years, we have done extensive fabric, fit and wear tests to ensure we got things right,” an American Airlines spokesperson told Fortune. “We are working in collaboration with our employees and APFA to address individual concerns. We offer a uniform collection for individuals who have sensitivities or allergies to our wool-rich uniform collection.”

In addition to these physical reactions, some workers have noticed another problem with the fabric. Female employees have complained that it’s too sheer to be appropriate for the workplace, though that problem has since been fixed.