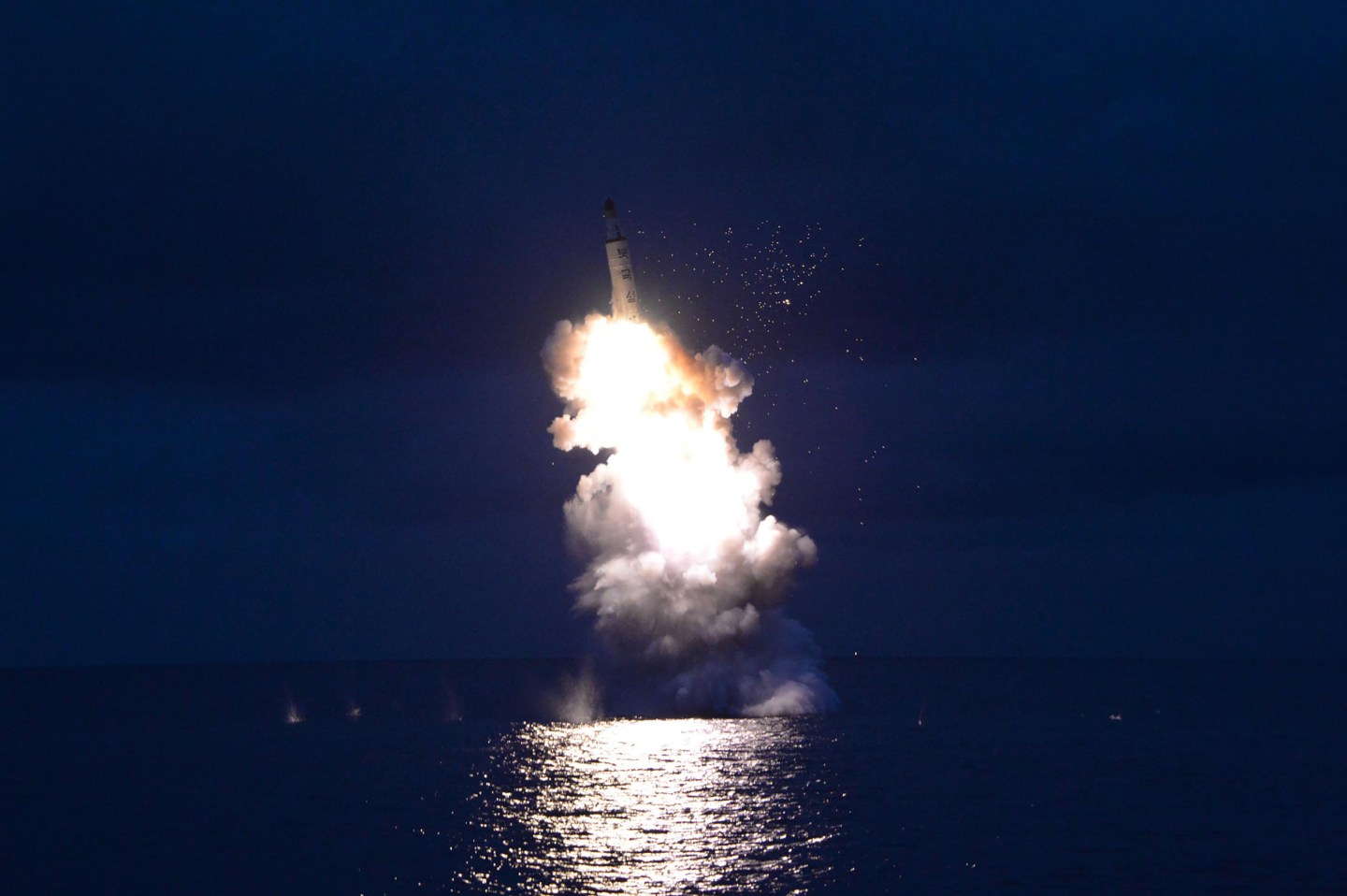 Ever since North Korea tested its fifth – and most powerful – nuclear device earlier this month, the international community has been waiting for a response from the United Nations Security Council (UNSC). Unfortunately, those hoping that the UNSC would impose swift and punishing sanctions on North Korea will have to wait a bit longer. When North Korea conducted its fourth nuclear test in January, it took two months for the UNSC to cobble together a unanimous resolution that included tough sanctions but left major loopholes because of China’s opposition.

This time, however, Washington does not appear to have the patience. This week, the Justice Department indicted Ma Xiaohong, a prominent Chinese businesswoman who owns Dandong Hongxiang Industrial Development Co., for acting as a front for North Korean firms under U.S. sanctions and providing materials for Pyongyang’s nuclear and missile programs. Ma’s company’s business with North Korea accounts for more than 20% of the bilateral trade between Beijing and Pyongyang. With this indictment, the U.S. government is signaling to Beijing that, if China sits idle by as North Korea ratchets up tensions, Washington and its allies will further tighten the screws on Pyongyang and take steps that will inevitably harm Chinese interests.

If one looks at Pyongyang’s recent escalations, Kim Jong En, the 32-year old dictator, is unmistakably in a rush to acquire deployable nuclear warheads and delivery vehicles. In February, North Korea successfully launched a satellite into the earth’s orbit, indicating major progress in developing long-range missiles. At the end of August, Pyongyang tested a submarine-launched missile that flew roughly 300 miles, another milestone in its military capabilities.

Even though analysts are divided whether the Kim regime is attempting to strengthen its bargaining position by becoming a de facto nuclear state or achieve other strategic objectives, what is clear is that Pyongyang’s escalations are creating tensions between China and the United States, an outcome that Kim welcomes since a serious U.S.-China rift could only benefit him.

The most recent sign that Kim’s provocations are causing the U.S. and China to drift further apart on the North Korea issue is the deployment of America-made advanced anti-missile system in South Korea. Called Terminal High Altitude Area Defense (Thaad), this system can shoot down short to medium range ballistic missiles. Even though China’s nuclear deterrent will not be neutralized by Thaad, Beijing fears that Thaad’s powerful radar, which has a range of 3,000 miles, will enable the United States to spy on Chinese military deployments. Consequently, instead of pressuring Pyongyang, which cannot survive without Chinese aid and trade, Beijing has decided to link its Korea policy to the deployment of Thaad system.

In other words, China will not cooperate with the U.S. in containing North Korea’s nuclear ambitions if the U.S. does not cancel its plans to deploy Thaad in South Korea.

In the eyes of Washington, Beijing is putting the cart before the horse. The reasoning of President Barack Obama and his national security team is that the very deployment of Thaad is necessitated by China’s reluctance to force North Korea to abandon or curtail its nuclear and missile programs. Since China is either unwilling or unable to make North Korea behave less recklessly, the U.S. and its allies have no choice but to take measures to defend themselves.

In an ideal world, Chinese leaders may be persuaded by the logic of Washington’s argument. However, the escalations by Pyongyang occur in the context of the geopolitical rivalry between China and the United States. For Beijing, a nuclear-armed North Korea is a menace it does not want. But North Korea also is a strategic asset to China, which is convinced that a divided Korean peninsula constitutes a security buffer against the United States. Should Chinese pressures contribute to the collapse of the Kim dynasty, a reunified Korea under democratic rule would be a nightmare far worse than a nuclear Pyongyang.

Unfortunately, such strategic reasoning has led Beijing to a policy that seeks to resolve North Korea’s nuclear challenge not through its own coercive efforts, but through American concessions. For Washington, Beijing’s policy makes little sense since North Korea is not going to trade its hard-won nuclear capabilities for concessions. Pyongyang wants to get concessions (massive economic aid) and keep its nuclear weapons.

Needless to say, Kim Jong Un is no fool. The U.S.-China rift plays into his hand. With the two great powers bickering with each other, he can exploit the resulting tensions and speed up the development of his nuclear arsenal.

So it would be unrealistic to expect that the United States will get China’s backing in imposing a new round of water-tight sanctions against North Korea after its latest nuclear test. If anything, the security conditions on the Korean peninsula will continue to deteriorate.

Minxin Pei is a professor of government at Claremont McKenna College and the author of China’s Crony Capitalism (Harvard 2016).