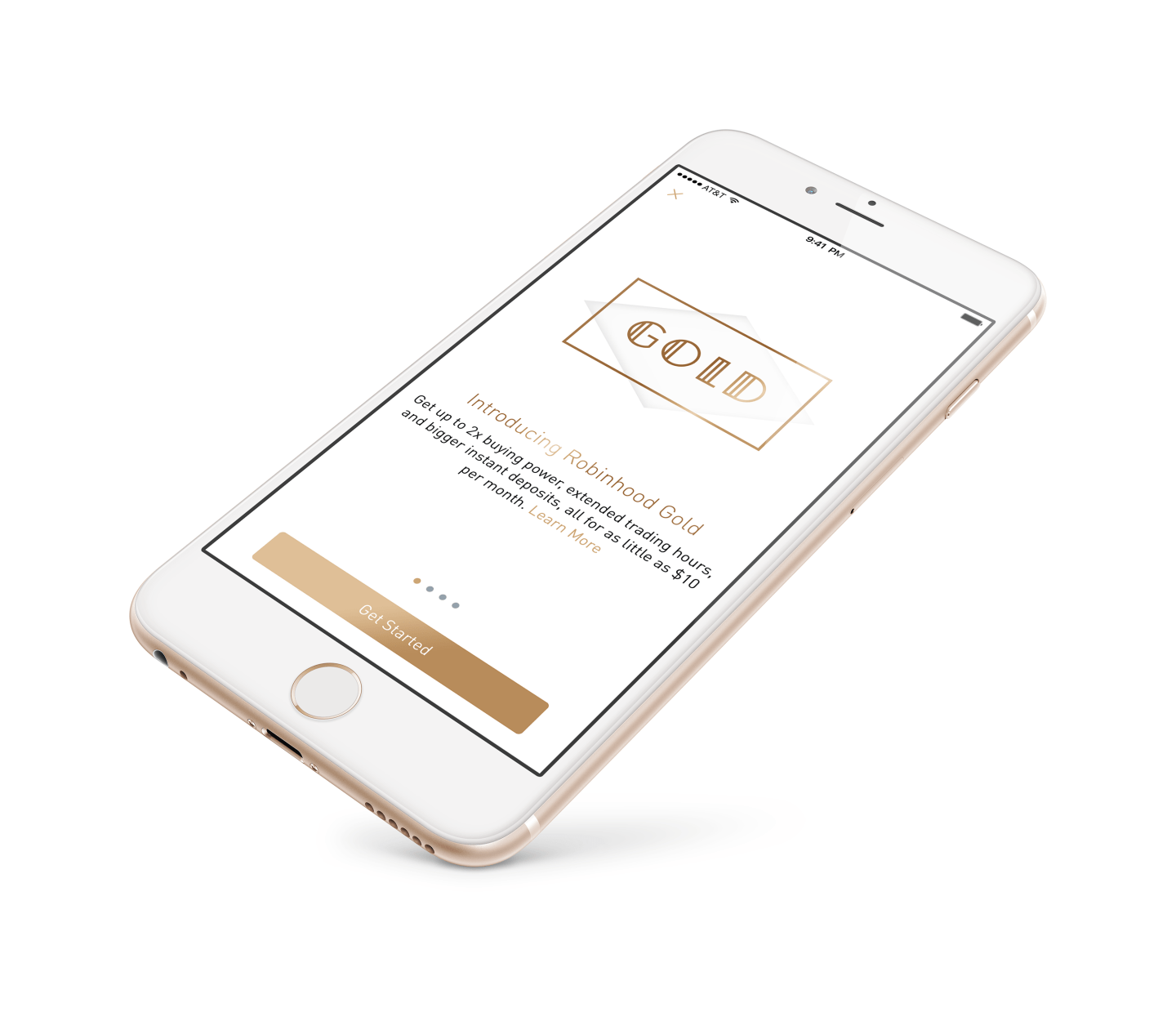 Robinhood, the stock trading mobile app aimed at millennials, is growing up.

The startup has added new features to its app: margin trading, extended trading hours, and instant deposits with higher dollar amount limits. The additions, starting at $10 monthly, are aimed at attracting more experienced investors to its app.

Robinhood Gold, as the new premium service is called, will let users trade on margin, meaning borrow money to buy stocks. How much they can borrow to trade on margin starts at $2,000 and then calculated based on the amount users have in their Robinhood accounts.

Customers will also get an extra half hour before the markets open and an extra two hours after they close to make trades via the app. Instant deposits, previously available for up to $1,000, let users get their money faster than the typical three-day settlement period they have to wait for their money to be processed into their account. As part of Robinhood Gold, users will be able to access their proceeds from a trade for more than $1,000 (the exact amount depends on their account size).

Since it debuted almost two years ago, Robinhood’s app has gained some momentum, especially among young adults, for eliminating traditional trading fees, something its founders believe make it more difficult for young professionals to get started in stock trading. However, the app has also increasingly attracted more experienced investors, although they’ve frequently requested additional features like margin trading, explained Bhatt. In fact, about 75% of Robinhood’s users have previously had a stock brokerage account elsewhere, the company found, making it important that it caters to more experienced investors.

Margin trading is something Robinhood has long planned to add to its app, but executives first wanted to work out the complexities before premiering the service. It’s part of a bundle of new features for Robinhood Gold subscribers, who can choose from three tiers of monthly subscriptions, which include various amounts of money users can borrow trade on margin. Unlike other brokerage services, Robinhood Gold users won’t have to pay extra fees for each additional feature and will instead get all three in one bundle.

Robinhood Gold won’t be available for all U.S. users, however. The company will suggest the new professional version only to users who appear to have enough experience based on an initial questionnaire and have at least $2,000 in their accounts,in line with regulatory requirements. According to Bhatt, the limits are to ensure that inexperienced users don’t find themselves in risky investments such as borrowing money for larger trades and not being able to pay the full amount back.

Subscribers to Robinhood Gold will only pay the monthly fee for the service, with no additional fees for trading. In all, it works out to about 6% in annual interest for the margin trading, according to Bhatt. The $10 monthly fee gives customers the smallest amount available for margin trading, which is $2,000 of additional money to invest. The two higher tiers depend on the amount in the user’s account and are priced accordingly. The most expensive tier lets them borrow about the same amount that’s in their account, while the middle tier gives them about half of that amount.

To date, Robinhood has processed more than $12 billion in transactions. The company, which has 1 million users whose average age is 30, has raised $66 million in funding.