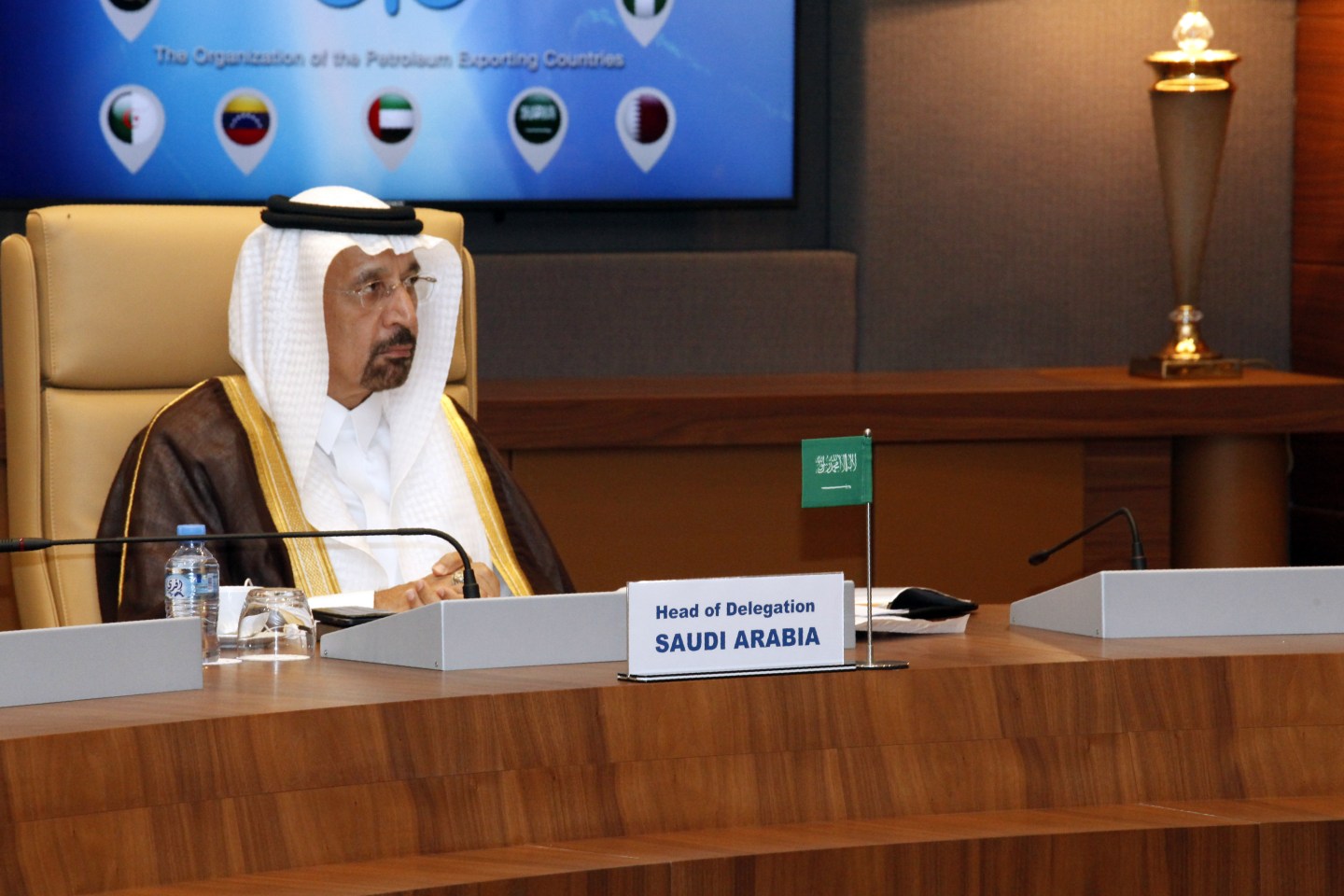 OPEC agreed on Wednesday modest oil output cuts in the first such deal since 2008, with the group’s leader Saudi Arabia softening its stance on arch-rival Iran amid mounting pressure from low oil prices.

“OPEC made an exceptional decision today … After two and a half years, OPEC reached consensus to manage the market,” said Iranian Oil Minister Bijan Zanganeh, who had repeatedly clashed with Saudi Arabia during previous meetings.

He and other ministers said the Organization of the Petroleum Exporting Countries would reduce output to a range of 32.5-33.0 million barrels per day. OPEC estimates its current output at 33.24 million bpd.

“We have decided to decrease the production around 700,000 bpd,” Zanganeh said.

The move would effectively reestablish OPEC production ceilings abandoned a year ago.

However, how much each country will produce is to be decided at the next formal OPEC meeting in November, when an invitation to join cuts could also be extended to non-OPEC countries such as Russia.

Oil prices jumped more than 5% to trade above $48 per barrel as of 20:15 GMT. Many traders said they were impressed OPEC had managed to reach a compromise after years of wrangling but others said they wanted to see the details.

“This is the first OPEC deal in eight years! The cartel proved that it still matters even in the age of shale! This is the end of the ‘production war’ and OPEC claims victory,” said Phil Flynn, senior energy analyst at Price Futures Group.

Jeff Quigley, director of energy markets at Houston-based Stratas Advisors, said the market had yet to discover who would produce what: “I want to hear from the mouth of the Iranian oil minister that he’s not going to go back to pre-sanction levels. For the Saudis, it just goes against the conventional wisdom of what they’ve been saying.”.

Saudi Energy Minister Khalid al-Falih said on Tuesday that Iran, Nigeria and Libya would be allowed to produce “at maximum levels that make sense” as part of any output limits.

That represents a strategy shift for Riyadh, which had said it would reduce output to ease a global glut only if every other OPEC and non-OPEC producer followed suit. Iran has argued it should be exempt from such limits as its production recovers after the lifting of EU sanctions earlier this year.

The Saudi and Iranian economies depend heavily on oil but in a post-sanctions environment, Iran is suffering less pressure from the halving in crude prices since 2014 and its economy could expand by almost 4% this year, according to the International Monetary Fund.

Riyadh, on the other hand, faces a second year of budget deficits after a record gap of $98 billion last year, a stagnating economy and is being forced to cut the salaries of government employees.

Saudi Arabia is by far the largest OPEC producer with output of more than 10.7 million bpd, on par with Russia and the United States. Together, the three largest global producers extract a third of the world’s oil.

Iran’s production has been stagnant at 3.6 million bpd in the past three months, close to pre-sanctions levels although Tehran says it wants to ramp up output to more than 4 million bpd when foreign investments in its fields kick in.

Saudi oil revenue has halved over the past two years, forcing Riyadh to liquidate billions of dollars of overseas assets every month to pay bills and cut domestic fuel and utility subsidies last year.

“The Iranians have lived with a very tough macro backdrop for many years…” said Raza Agha, chief Middle East economist at investment bank VTB Capital. “So a sustained drop in oil prices has a more difficult social impact on Saudi.”

However, with unemployment in double digits, Tehran is also facing calls to maximize oil revenues and President Hassan Rouhani is under pressure from conservative opponents to deliver a faster economic recovery.

Oil prices are well below the budget requirements of most OPEC nations. But attempts to reach an output deal have also been complicated by political rivalry between Iran and Saudi Arabia, which are fighting several proxy-wars in the Middle East, including in Syria and Yemen.

OPEC sources have said Saudi Arabia offered to reduce its output from summer peaks of 10.7 million bpd to around 10.2 million if Iran agreed to freeze production at around current levels of 3.6-3.7 million bpd.

Riyadh has raised production in recent years to compete for market share while Iran’s output was limited by sanctions. Minister Zanganeh has said Iran wanted an output cap of close to 4 million bpd. Saudi output drops in winter when it needs less fuel than during summer, when cooling requirements spike.