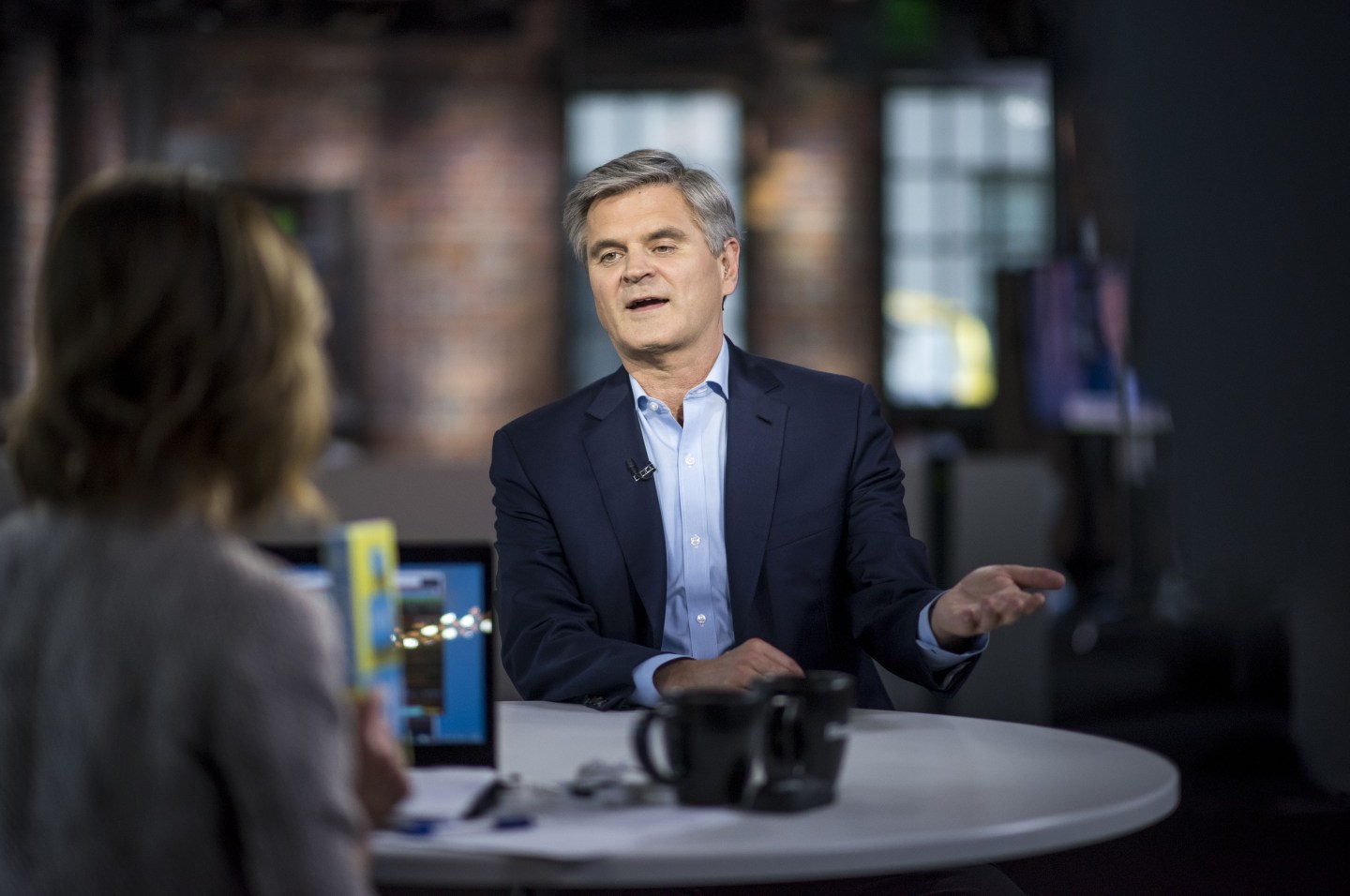 Steve Case, best known as the co-founder and former CEO and chairman of AOL (AOL), has just endorsed Hillary Clinton.

The businessman, who currently serves as the CEO of Revolution LLC, wrote an op-ed for the Washington Post in which he states that, before this election cycle, he has avoided publicly favoring one party over the other. He has done his best to remain non-partisan so that he could effectively work with politicians on both sides of the aisle. However, he has made an exception for the 2016 election and outlined the reasons why he is voting for Hillary Clinton.

“I have concluded that I cannot sit on the sidelines this year,” Case wrote. “At this pivotal time, the choice is too important.” He listed four reasons for voting for the Democratic candidate: the economy, immigration, technology, and the deficit.

Case argued that Donald Trump’s economic policies have been “backward-looking” while Clinton’s have been “forward-leaning.” He wrote that the Republican’s campaign hasn’t produced any ideas for future job creation, while Clinton will work to help start new businesses and she’ll invest in education, advanced manufacturing, and basic research.

Additionally, Case cited the fact that close to half of Fortune 500 companies in 2010 were either founded by immigrants or children of immigrants. He points to this statistic as proof that immigration has created countless jobs. Much of Trump’s campaign has been based on his strict immigration policies, which Case thinks would result in the loss of jobs.

Case says that Clinton is the only one of the two who has outlined a technology-focused agenda, which favors expanding STEM education and supports “rise of the rest” policies that aren’t just beneficial to giant Silicon Valley companies, but also give smaller startups the chance to compete.

Lastly, Case does not support giving tax cuts to the wealthy. He predicts that Trump’s tax plan would inflate the nation’s deficit and foster more inequality in the U.S. economy.