Clinton-Trump Debate: Where the Candidates Stand on 3 Key Economic Topics 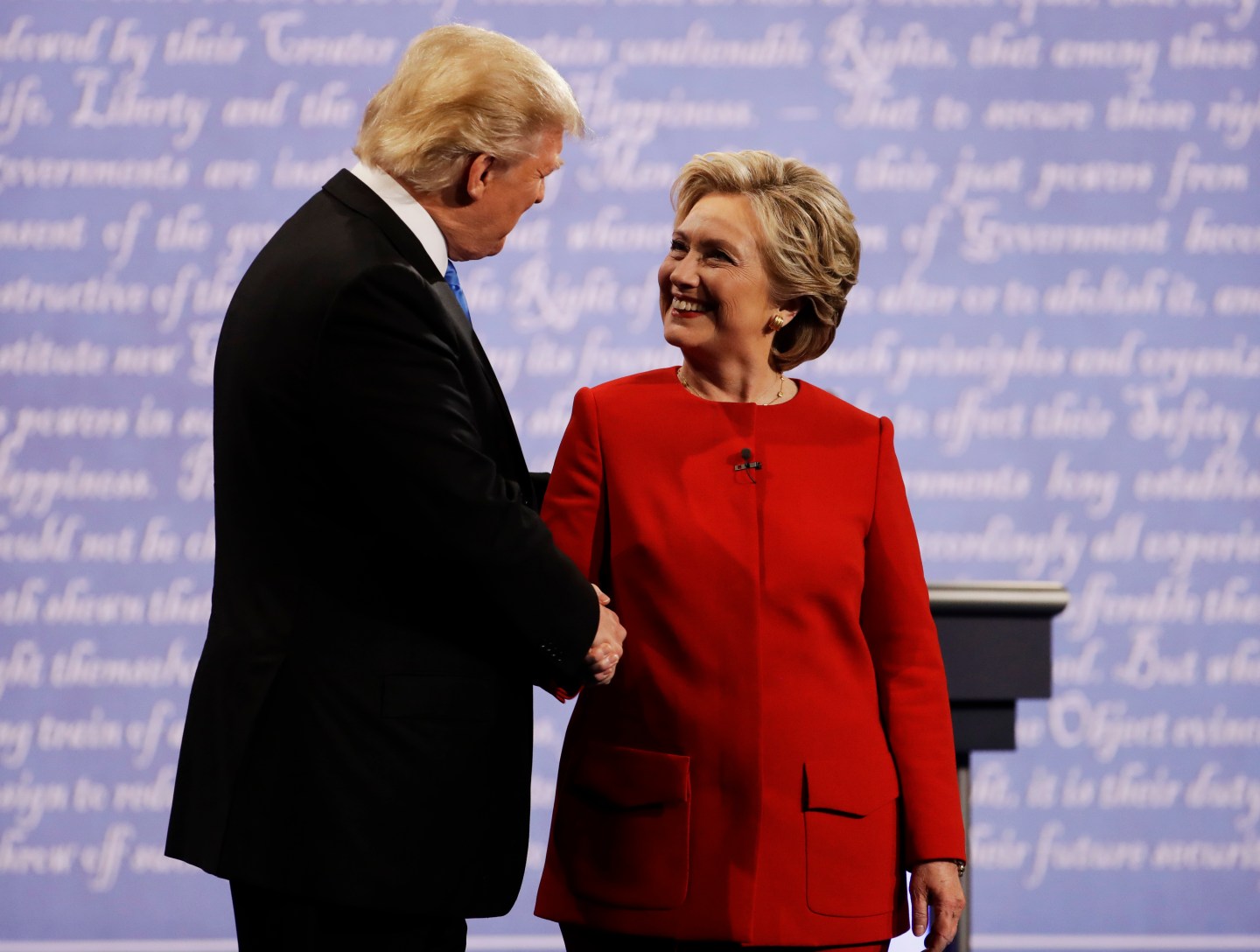 Both Hillary Clinton and Donald Trump have said this election is about getting the economy working for average Americans again.

Nonetheless, jobs and economic issues have rarely taken center stage at any of the presidential debates so far. Monday night’s debate, though, could be an inflection point. Both Clinton and Trump have made dedicated economic policy speeches in the past month. One of the big issues that Trump hit Clinton on during the primaries was free trade agreements, particularly the North American Free Trade Agreement. He’s also tried to outflank Clinton by announcing a plan to spend $500 billion on infrastructure, which is one of the few areas where Republicans have advocated for government expenditures in the past. And the first segment in the debate was about achieving prosperity (you can follow the debate in real time here).

Here are some other economic topics Clinton and Trump are likely to spar over during and after the debate.

Trade has been one of the central issues of Trump’s campaign. Trump repeatedly has claimed that trade deals like the North American Free Trade Agreement, which was signed by Hillary’s husband Bill Clinton when he was president, have taken jobs from American citizens. The studies on the direct effects of NAFTA are not conclusive. But it’s right to say that other countries have done more than the U.S. to protect their manufacturing jobs. Those jobs are near an all-time low in the U.S. despite the revived economy. At the same time, our trade deficit is at an all-time high. Trump had called for rolling back NAFTA and imposing a 45% tariff on imports from China and Mexico. Some economists have said those tariffs would drive up prices.

Clinton has been generally pro-trade throughout her career. As secretary of state she pushed through a free trade deal with South Korea, and backed the now controversial Trans-Pacific Partnership. She has since backed away from trade deals, saying she won’t support any deals that cost American jobs.

Clinton has made a call for an increase in the minimum wage part of her campaign to make the economy do more to support working Americans. She has called for an increase of the national wage to $12 an hour. Nonetheless, Clinton took heat in the primary for not backing a $15-an-hour minimum wage, which Bernie Sanders and labor leaders have advocated (and which is now mandated in some parts of the country). Trump generally has said he’s aiming to boost the entire economy rather than individual wages. He has said he prefers states to have the flexibility to set their own minimum wage. He also argues that since his economic policies would boost employment, we would not need an increase in the minimum wage.

Clinton has said she wants to raise the taxes on the wealthiest Americans, mainly by imposing the so-called Buffett Rule, which would impose a minimum tax of 30% on top earners. Trump is generally in favor of cutting taxes, and has said that many American will not pay taxes on his plan. But Trump’s biggest changes will come for companies. Trump plans to cut the corporate tax rate from 35% to 15%. The conservative-leaning Tax Foundation has said that Trump’s plan would increase the deficit by $5.9 trillion over 10 years. Moody’s has estimated that Clinton’s tax plan would bring in nearly $1.5 trillion in additional revenue over 10 years.