‘Hamdog’ Creator Is Now Trying to Sell Its Patent 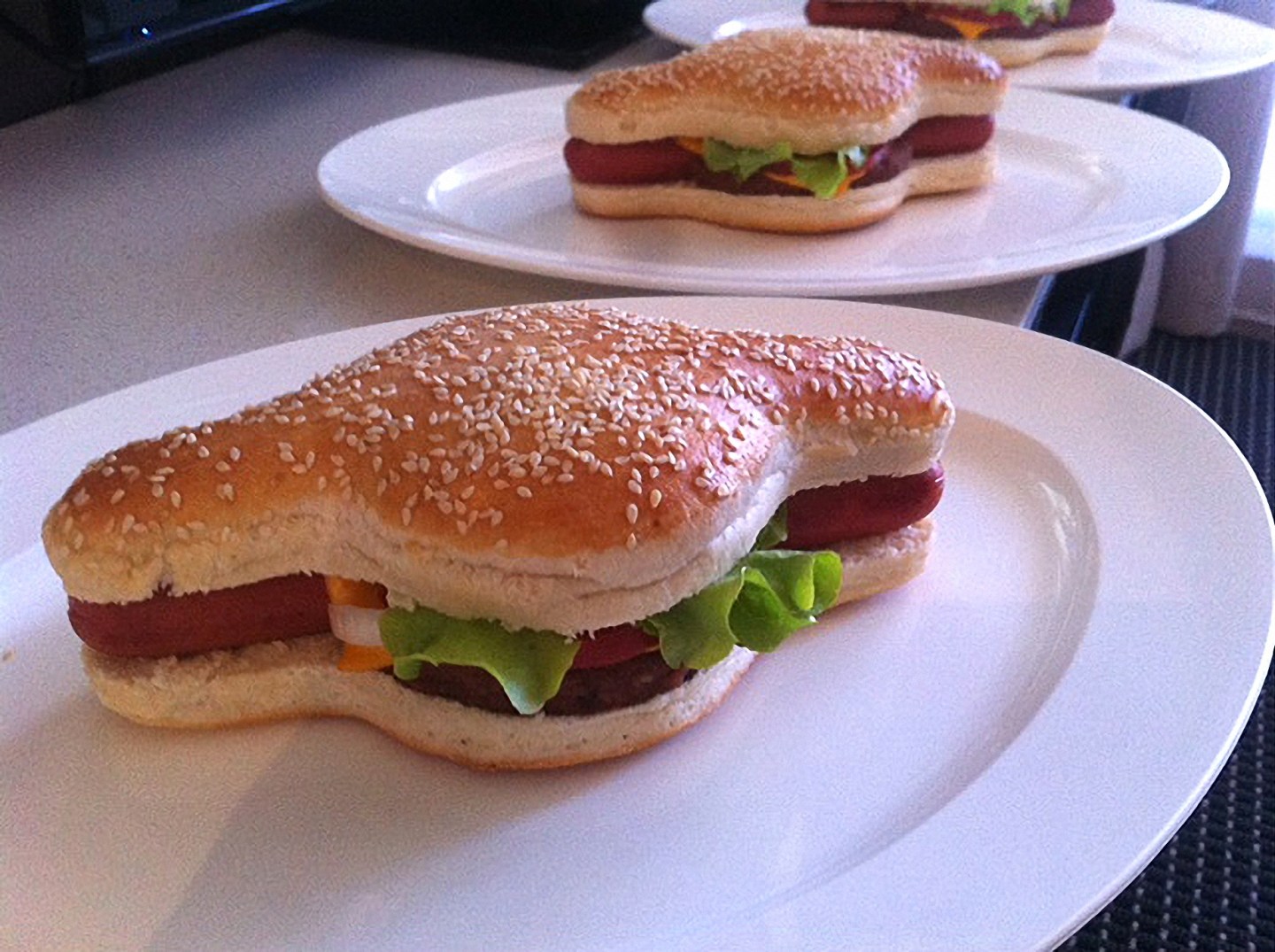 Photograph provided by Mark Murray
The man who created a hamburger-hotdog hybrid has decided to sell off his intellectual property rights for the invention.
Mark Murray, who lives in Perth, Australia created the “Hamdog,” a hamburger with a hot dog running through it, in 2004. The Hamdog is created via a special mold and features lettuce, tomato, pickles, cheese, and a variety of sauces, according to CNBC.
Although the invention isn’t exactly new, Murray received viral media attention after he successfully applied for patents in the U.S., and reportedly had plans to bring the product to America by next year.
However, the inventor has since decided to auction off his U.S. patent and trademark because “the massive global response has been something that even the biggest global corporation would not be able to deal with, little lone an average Aussie bloke. I want to see Hamdog become a household word,” Murray told Fortune in an email.
Murray still plans on keeping the rights to sell the product in Australia, where the Hamdog has taken off. Currently, it is available at sporting events there like Speedway and Australian rules football, and it sells for 8 Australian dollars ($6), according to CNBC.

The US Patent describing "combination hamburger hotdog bun" that M. Rimmer is telling the world we don't have. @DRRimmer @QUT #hamdog pic.twitter.com/nO1GV5hmor

But Murray could be losing out on a big money-making opportunity: If his product were to pick up just 1% of the market here in the U.S., he could bring in about $2.5 billion a year in annual sales, CNBC reports.
His patent’s estimated worth is supposedly $100,ooo million, but CNBC notes it’s not clear if that estimate is realistic or not.
Online auction house WA Auctioneers will auction off the global intellectual property rights, the U.S. patent, and trademark starting Sept. 30.