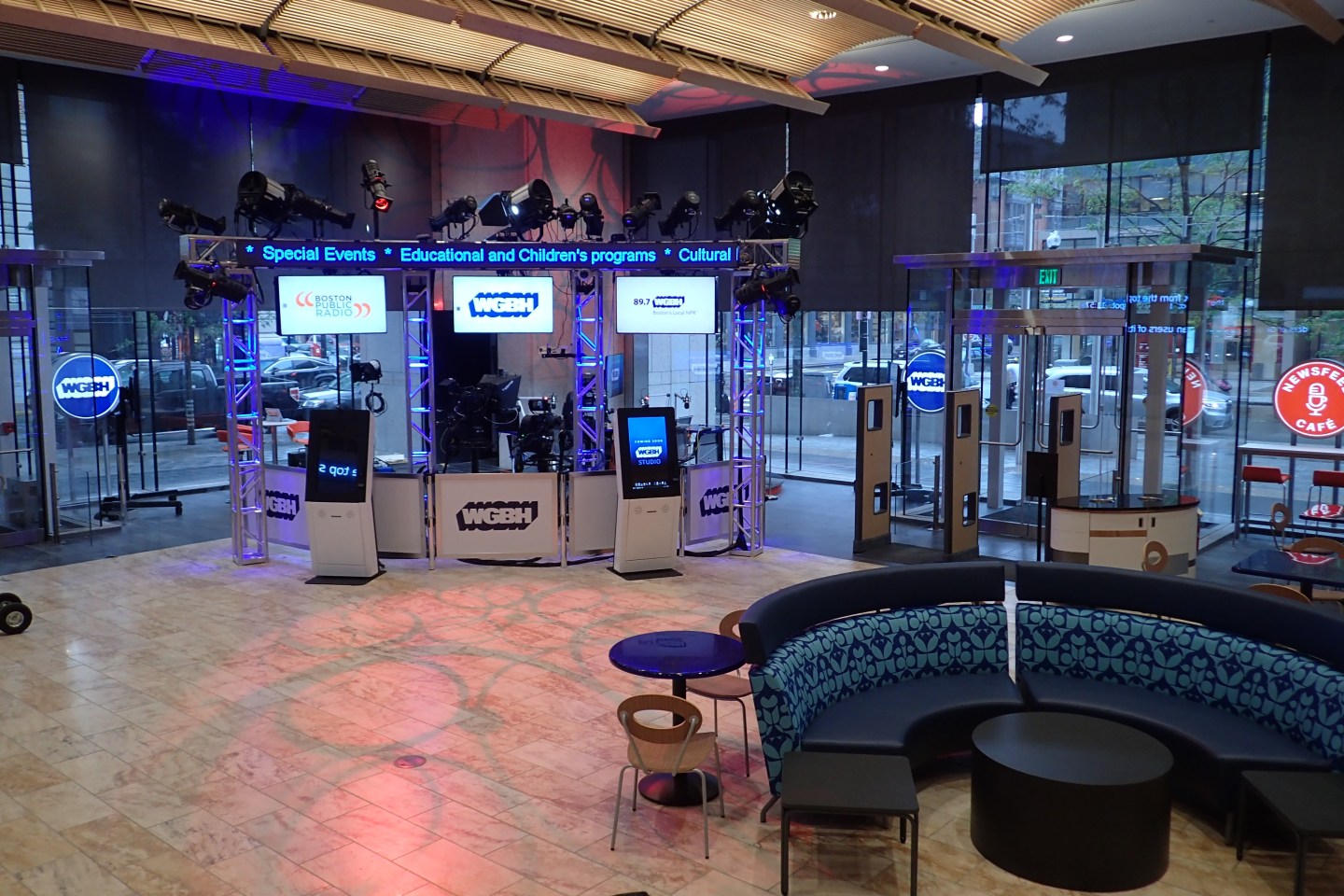 Boston’s latest TV and radio studio will open in the heart of Copley Square this Friday. In an unusual collaboration, the Boston Public Library teamed with WGBH, the local Public Broadcasting Service (PBS) affiliate, to put the studio in the front corner, where huge windows face out busy on Boylston Street, just steps away from the finish line of the Boston Marathon.

To inaugurate the studio, Boston Mayor Marty Walsh will be on hand Friday morning for a live radio broadcast of his monthly “Ask the Mayor” segment. (WGBH is also a National Public Radio affiliate.)

The studio partnership, awarded last November, also includes The Catered Affair, which is launching the Newsfeed Cafe in the same 4,500 square-foot space. Extensive renovations to the Johnson Building, the newer of two library buildings, converted what had been a massive and dark room into a light-and-airy open area.

“The space was too big just for us, so we found a great partner,” says Linda Polach, executive managing editor of WGBH news. The idea is for the studio to host podcasts and some live radio and, eventually, TV broadcasts over time, Polach notes. The downtown location also opens up possibilities for “person in the street” interviews and polls that might not gel so well out at WGBH’s main studio four miles west in Boston’s Brighton neighborhood.

The robotic camera gear is state of the art, and will be controlled remotely from Brighton. There is also a small, enclosed production room for reporters or editors who need less hubbub and more quiet.

Street-facing studios are nothing new to commercial broadcast networks like NBC (NBC) and Disney (DIS)-owned ABC that have used them for their morning shows.

For more on media, watch:

The notion of a library-studio pairing is rarer but not unprecedented. Amsterdam’s de Hallen Branch Library, for example, offers the usual books and reading areas, but adds a food hall, TV studio and movie theater. And, in July 2015, BRIC, a Brooklyn-based non-profit arts and media institution and the Brooklyn Public Library opened a TV studio in the library’s Coney Island branch.