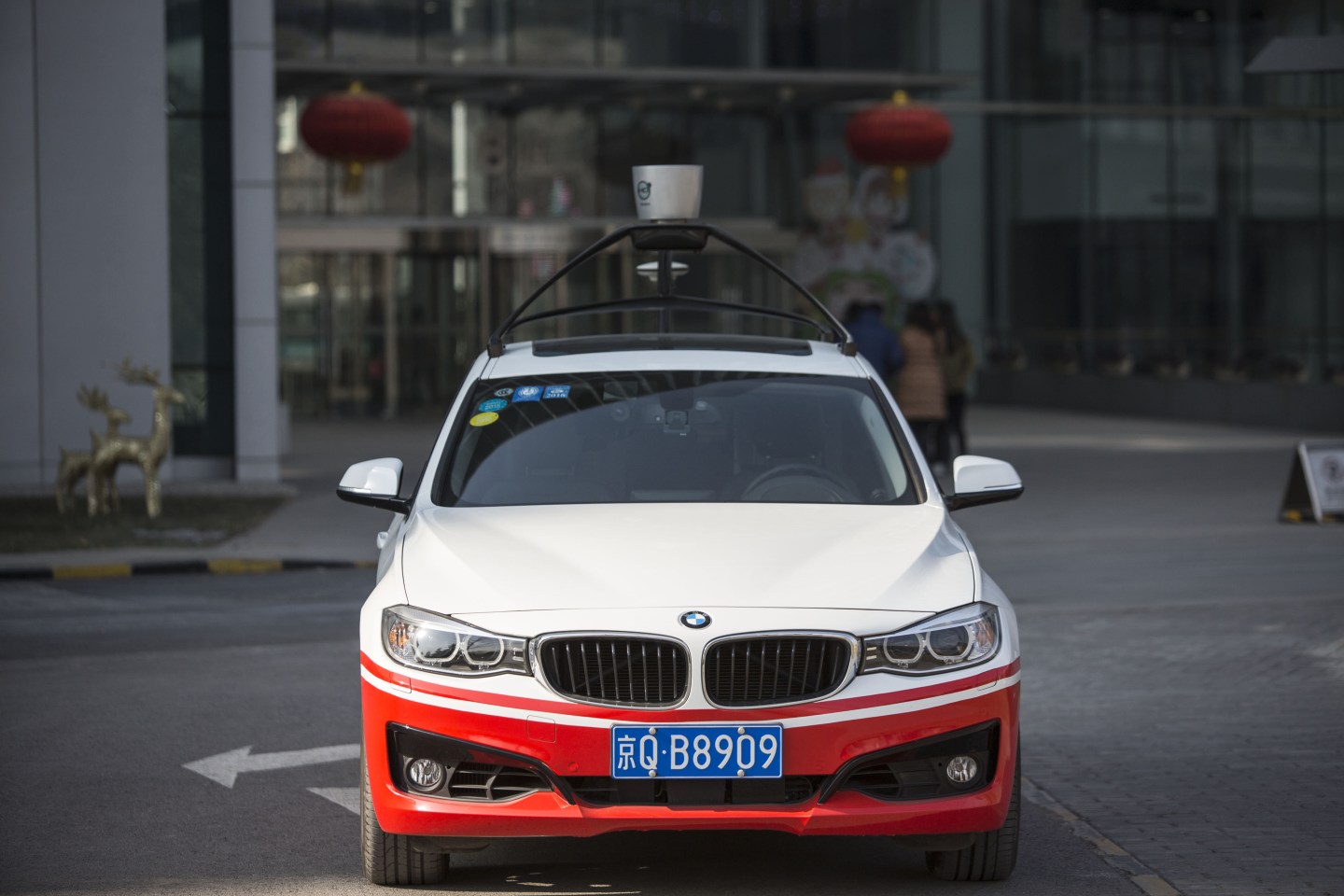 The Baidu Inc.'s autonomous car stands at the company's headquarters in Beijing, China, on Tuesday, Jan. 19, 2016. Wang Jing, the senior vice president in charge of Baidu's autonomous driving efforts, is on a mission: To push China to the forefront of the coming driverless-car era. He thinks the company can leverage its expertise in artificial intelligence, data mapping and Internet connectivity to excel in autonomous driving technology. Photographer: Qilai Shen/Bloomberg via Getty Imagese
Photograph by Qilai Shen—Bloomberg via Getty Images

Baidu, the Chinese search engine, today repeated the company’s goal of producing a driverless vehicle by 2018, and putting one into mass production by 2020, dates that rank among the most ambitious of dozens of global players.

“We think the automobile is the next major computing platform,” Li told a Bloomberg conference today in Hong Kong. “We want to have our autonomous vehicle commercialized in three years, and mass production in five years. That’s our goal.”

See also: Here’s How Uber Is Plotting Its Entry Into Long-Haul Trucking

There are reasons to be skeptical of the pronouncements. One is scale. The other leading technology company to promote driverless cars, Google’s (GOOGL) parent company Alphabet, spent $12.3 billion on research and development last year; Baidu (BIDU) spent $384 million.

Baidu’s mapping and search functions may be the most popular in China, but its business is virtually nonexistent outside of the country, limiting the scope of its testing and influence. Its $10 billion in 2015 revenue, compared to Alphabet’s $75 billion.

The second is its home market. Chinese regulators have not been known to quickly adopt technology in other industries, so it’s unclear whether they would move quickly to adopt driverless cars. Tesla and Google face more regulatory scrutiny over autonomous cars in the U.S. than traditional car companies have faced over the past 50 years. Chinese regulators would likely enforce rules at least as strict as those in the West, not least because enforcing basic road rules in major Chinese cities remains difficult.

Come 2018, watchers will be anxious to see if Baidu’s summer of promises shows results.