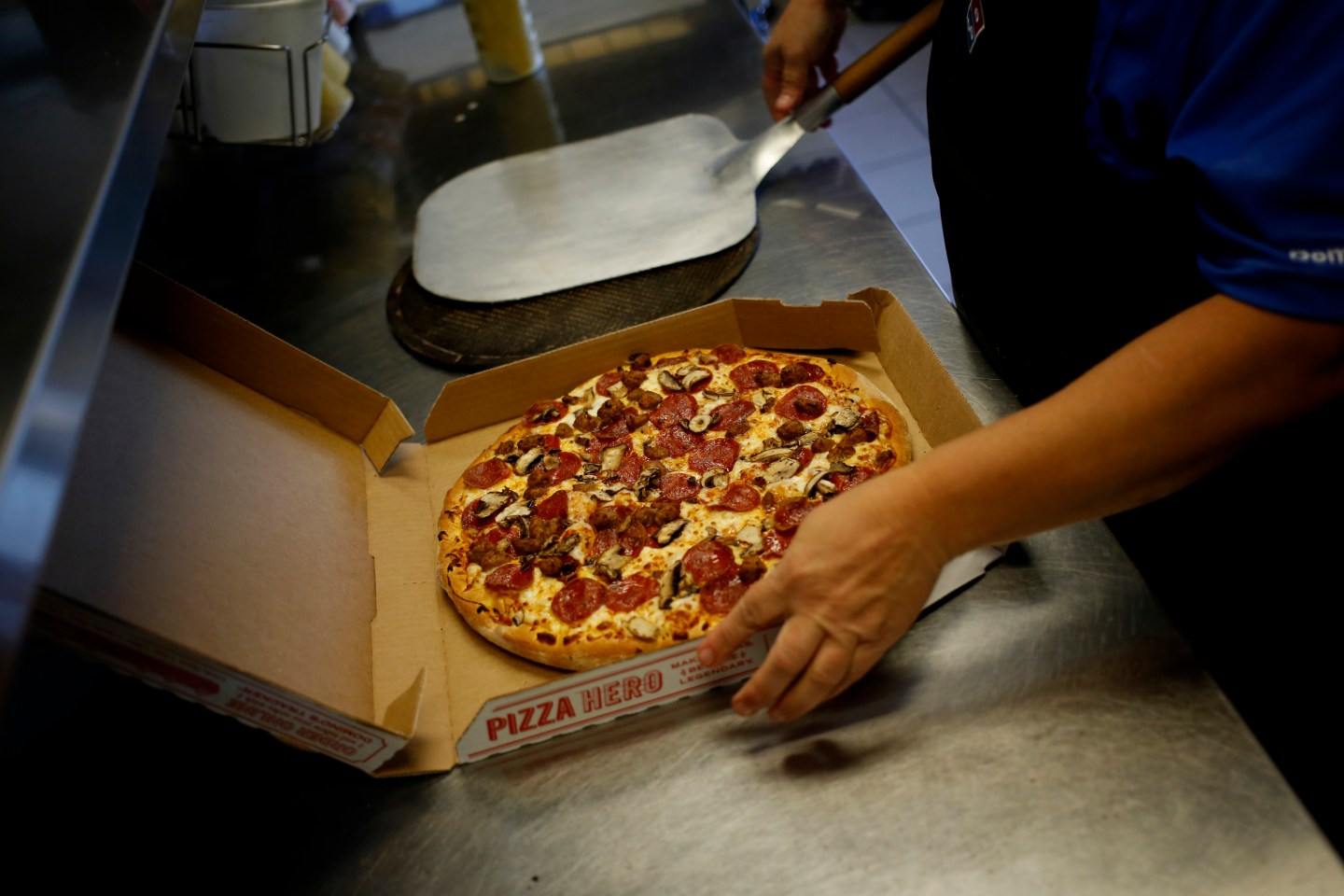 Back in March, the pizza chain introduced its self-driving delivery vehicle in Australia. At just three feet tall, the car can hold up to 10 pies and deliver on off-road routes like grass, according to Business Insider. Domino’s has been working with Marathon Targets, a Sydney-based robotics company, to bring the design to life.

Though it isn’t a “car” per se, the autonomous vehicle is now serving Australia-based customers. A spokesperson told Fortune that it’s still in the trial process and “is not yet in a fully autonomous state.”

The car is the latest addition to Dominos’ DRU family—short for “Domino’s Robotics Unit.” It keeps cold food cold and hot food hot, thanks to built-in refrigeration and oven-like features. And once the car arrives, customers punch in the code they were given to open the storage compartment and retrieve their pizza.

Domino’s has also been working on drone delivery, another cutting-edge form of delivery that tech company giants, like Google (GOOGL) and Amazon, (AMZN) have been testing as well. Domino’s has stated that it intends to become the world’s first company to launch regular drone delivery, though a spokesperson told Fortune that the approval process is still ongoing.