Anheuser-Busch InBev Will Keep Its Maiden Name After SABMiller Marriage 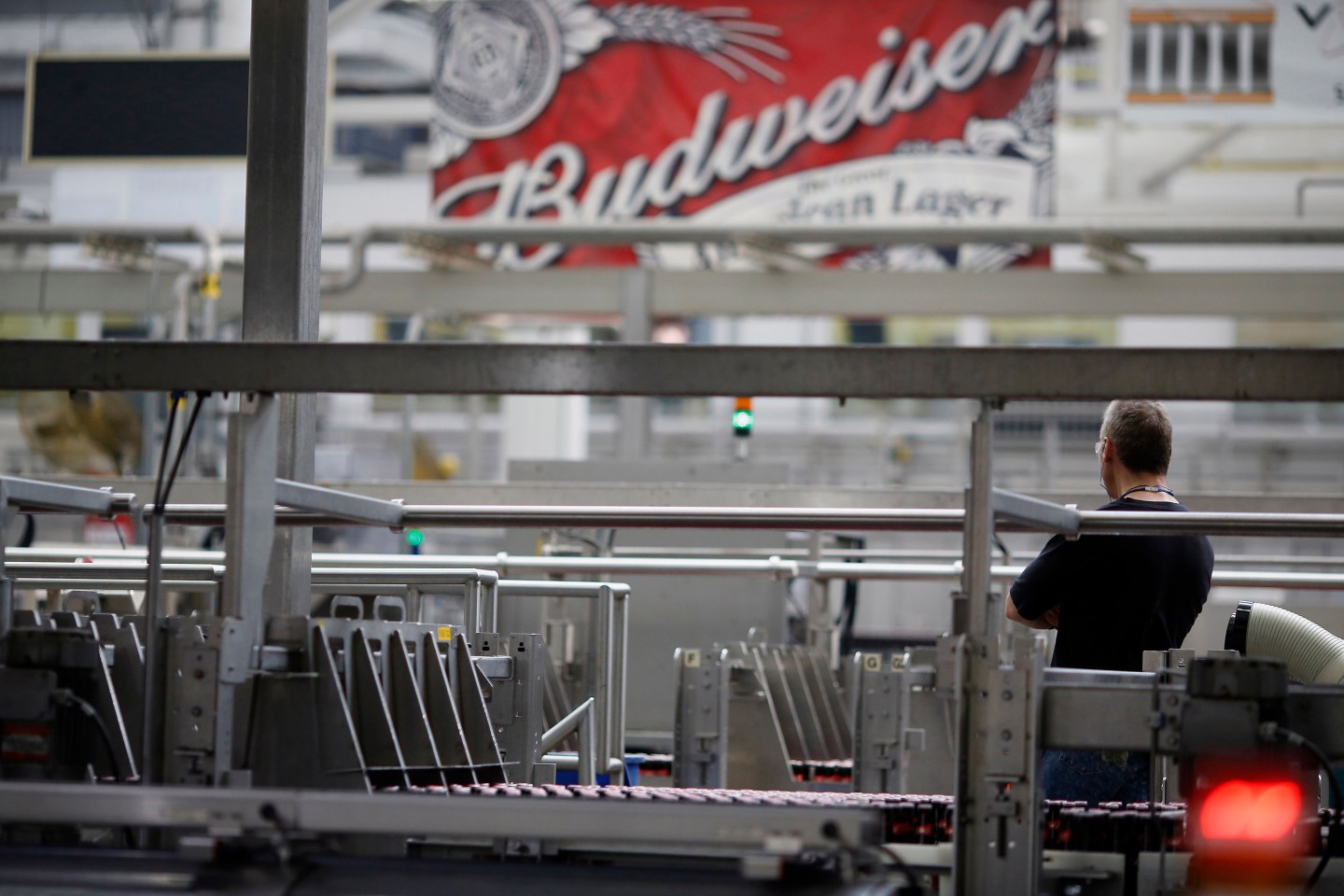 An employee monitors bottles of beer moving along the production line at the Anheuser-Busch Budweiser bottling facility in St. Louis, Missouri, U.S., on Tuesday, July 28, 2015.
Photograph by Luke Sharrett—Bloomberg via Getty Images

Anheuser-Busch InBev said on Wednesday that it would retain its existing name after a planned $100-billion-plus takeover of rival SABMiller.

SABMiller (SBMRY) shareholders will vote on Wednesday on whether to accept AB InBev’s 45 pound-per-share offer for the world’s second-largest brewer, as well as an alternative partly composed of AB InBev (BUD) shares.

Preceding that vote AB InBev held a meeting of its shareholders to approve the mechanics of the transaction.

AB InBev Chief Executive Carlos Brito, who will head the combined company, outlined the rationale for the deal — including the creation of the first global brewer with new fast-growing African and Latin American markets — before announcing that the name Anheuser-Busch would remain.

The brewer of Budweiser, Corona and Stella Artois has undergone a series of name changes — from Interbrew to InBev after a 2004 merger with Brazil-based AmBev and then to its current name after its 2008 purchase of Budweiser maker Anheuser Busch.