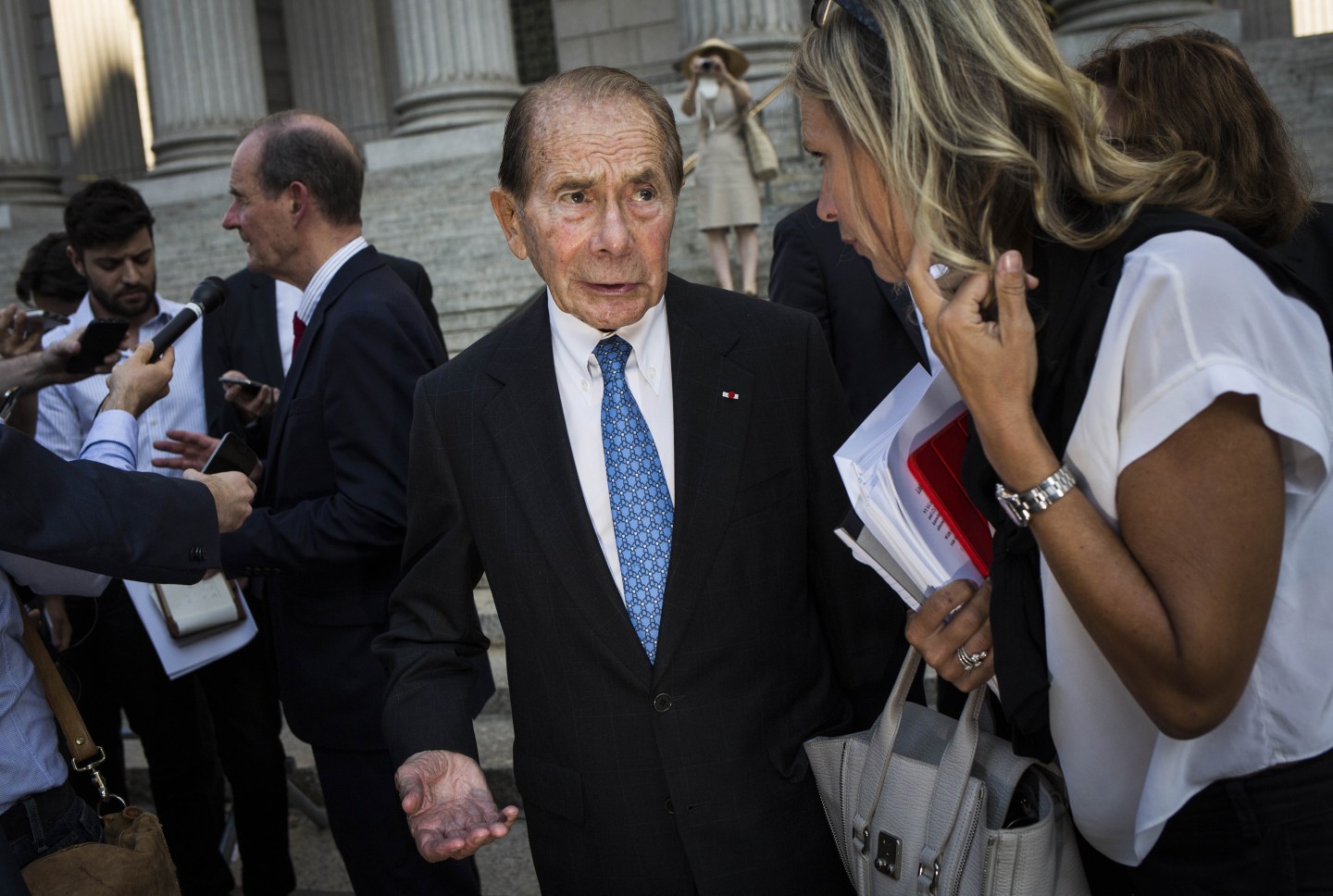 More than a decade after he was sued over accounting fraud, former American International Group Chairman Maurice “Hank” Greenberg on Tuesday took the witness stand to defend himself, repeatedly describing one claim against him as “only a small part” of the insurer’s business.

Greenberg, 91, is on trial on civil charges brought in 2005 by then-New York Attorney General Eliot Spitzer. He is accused of orchestrating sham transactions at the insurer to conceal financial difficulties from shareholders. The case did not go to trial for more than a decade because of legal wrangling.

Greenberg, a World War Two veteran, wore a dark suit with a French Legion of Honor pin on his lapel. He sounded sharp and appeared composed in a Manhattan courtroom as he recalled being advised of problems with an auto warranty program in the late 1990s. The program was projected to lose hundreds of millions of dollars.

“This was a non-event for AIG,” Greenberg testified. “We did business in 137 countries.”

Still, Greenberg admitted to personal involvement in the program, which fell under his son Evan’s business line. “I was trying to teach a lesson to some managers,” he testified.

The lawsuit, which is being pursued by New York Attorney General Eric Schneiderman, will be decided by a judge without a jury.

Greenberg, who was ousted from AIG (AIG) in 2005, is still in the insurance business as head of C.V. Starr, a privately held company.

Schneiderman is seeking to bar Greenberg and his co-defendant, former AIG chief financial officer Howard Smith, from the securities industry and from serving as officers or directors of public companies.

He also is seeking to recoup more than $50 million from bonuses paid to the executives. The attorney general was forced to drop damages claims after a 2013 shareholder settlement.

Langone called the case a “waste of taxpayer money,” and said it had been “born of raw political ambition” by Spitzer.

Greenberg’s testimony continues on Wednesday. The trial, which is not taking place every day, may run into early 2017.

Greenberg led AIG for four decades before he was forced out. The following year, the insurer paid $1.64 billion to settle federal and state probes into its business practices.