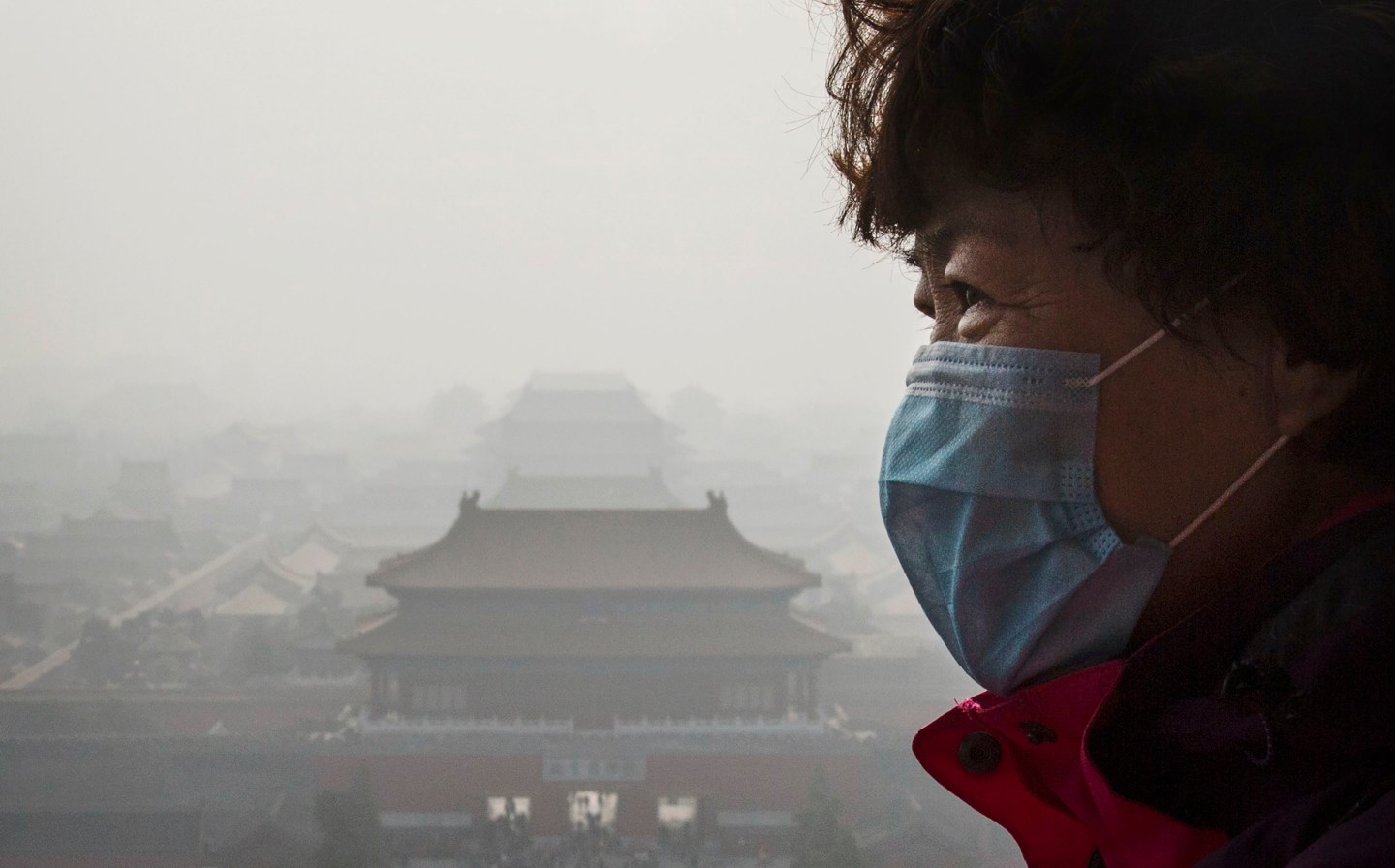 A Chinese woman wears a mask as haze from smog caused by air pollution hangs over the Forbidden City on November 15, 2015 in Beijing, China. As a result of industry, the use of coal, and automobile emissions, the air quality in China's capital and other major cities is often many times worse than standards set by the World Health Organization.
Photograph by Kevin Frayer/Getty Images

Excessive air pollution is getting worse around the globe, according to a new report from the World Health Organization (WHO).

The agency, which is a specialized division of the United Nations, wants to better monitor the world’s air quality. But in order to make improvements, it needs to understand how air pollution affects the global population. So the latest report evaluates both the level of exposure in certain countries and the resulting burden of disease each country carries, including death.

Turns out, air pollution is highest in Central Asian countries, but not the one you might think: China ranks in sixth place, trailing behind Egypt, Turkmenistan, Tajikistan, Uzbekistan, and Afghanistan. Rankings are determined by the number of air pollution-related deaths, with the top four being the worst offenders, according to the Associated Press.

While we associate China with excessive air pollution, an earlier study from Peking University determined that the country’s particulate matter levels—which gauge the amount of toxins in the air—have actually declined over the last three years in five of the nation’s major cities, including Beijing and Hong Kong, according to the New York Times.

Taken together, 92% of the world’s population lives in regions where air quality levels exceed the healthy limit. That’s more than nine out of 10 people, with even worse numbers in poor countries.

“Nearly 90% of air-pollution-related deaths occur in low and middle-income countries, with nearly two out of three occurring in WHO’s South-East Asia and Western Pacific regions,” the WHO concluded.

Vehicle exhaust, power plants, waste burning, landfill emissions, and livestock promotion are all forms of outdoor air pollution. These contribute to serious health problems, like lung cancer, pulmonary disease, heart disease, and stroke, according to the WHO. And these diseases can eventually lead to death, especially in a low-income country where access to quality health care is limited.

About three million deaths a year are linked to outdoor air pollution exposure around the world and an estimated 6.5 million people died from air quality-related health issues in 2012 alone—about 11.6% of all global deaths that year, according to the WHO.

The organization considers air pollution “the single greatest environmental threat we all face.” It now affects more than 80% of people living in cities and kills at least 7 million people each year.