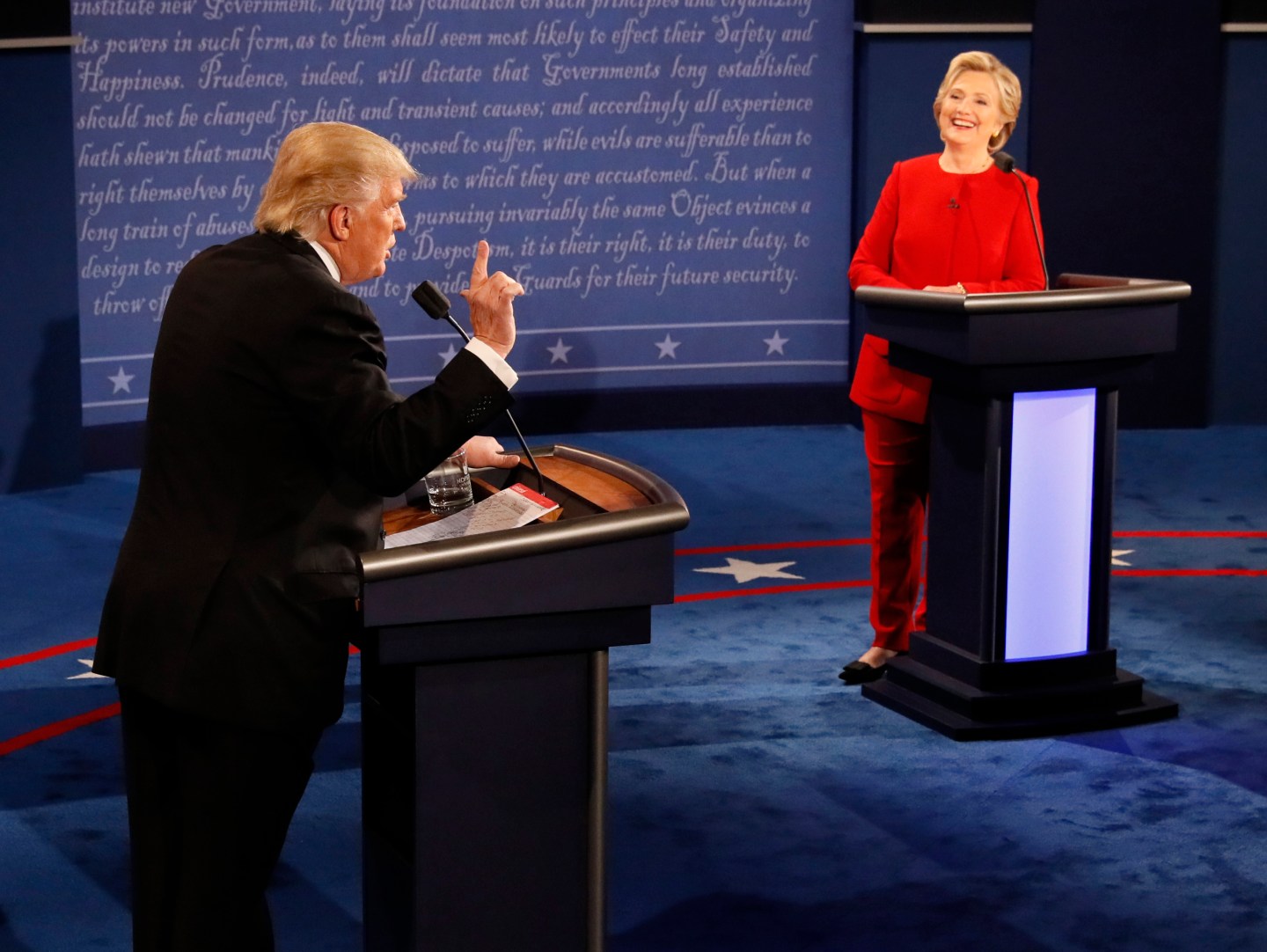 The Mexican peso surged in Asian trade on Tuesday, buoyed by the view that U.S. presidential candidate Hillary Clinton did better than her rival Donald Trump in a closely-watched television debate.

The Mexican peso gained about 2% on the day to 19.488 to the dollar, putting it on track for its best daily performance since February. The peso rose to 19.4805 at one point on Tuesday.

“Overall, there seems to be some adjustment of positions that had been betting on Trump risk,” said a trader for a Japanese bank.

There seems to be some profit-taking of long dollar positions taken against the Mexican peso, he said.

The peso has hit record lows in recent days on concerns that a Trump victory would threaten Mexico’s exports to the United States, its single biggest market.

Data from the U.S. Commodity Futures Trading Commission on Friday showed that currency speculators had recently ramped up their bearish bets against the peso.

Clinton may have been seen as doing better than initially expected, helping to lift risk-sensitive currencies and assets that had retreated ahead of the debate, said Jesper Bargmann, head of trading for Nordea Bank in Singapore.

“It may be that Clinton did a little bit better than was the initial expectation or you could say that Trump didn’t surprise in any way. Maybe the market was afraid that he was going to have something up his sleeve to surprise and make him look good,” Bargmann said.

The Democrat and Republican candidates traded barbs and accusations in their first debate ahead of the Nov. 8 election. It remained to be seen how voters would judge their performance.

The safe haven yen retreated from a one-month high set against the dollar earlier on Tuesday.

See also: Ford to Move All Small-Car Production to Mexico

The greenback had slipped to as low as 100.085 yen earlier on Tuesday, its lowest level since late August, as caution gripped the market ahead of the U.S. presidential debate.

Clinton is seen as the candidate of the status quo, while there is more uncertainty over what a Trump presidency might mean for U.S. foreign policy, trade and the economy.