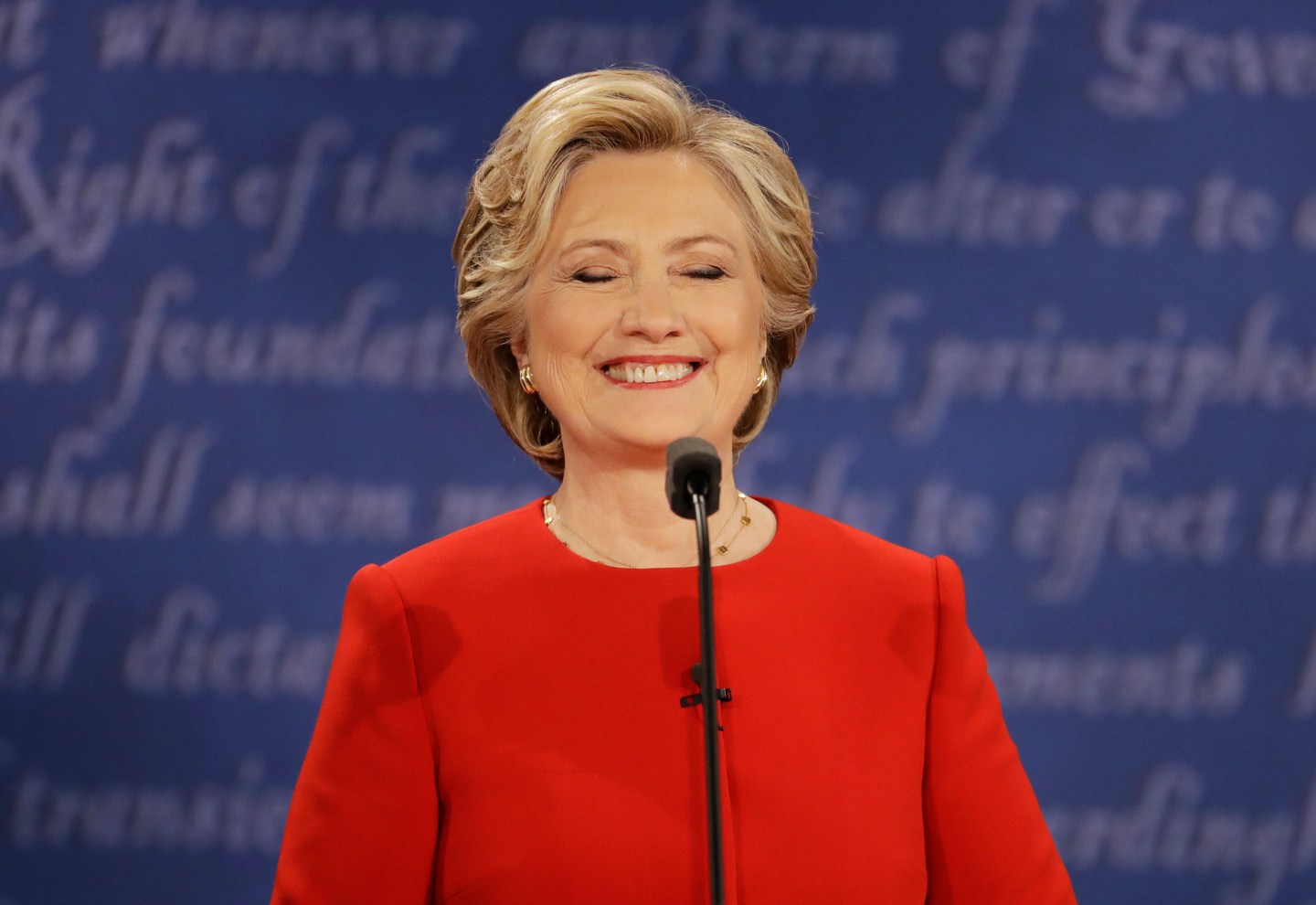 Amazon.com jumped 2.12% and the consumer discretionary index gained 0.99% after a report showed that the consumer confidence index for September rose to its highest level in nine years.

Following the first of three presidential debates on Monday, Republican candidate Donald Trump vowed to hit Clinton harder after she put him on the defensive. With six weeks until the Nov. 8 vote, some investors see the neck-and-neck contest sparking volatility in sectors including health insurers, drugmakers, and industrials.

“From a market perspective, rightly or wrongly, there is an understanding that Mrs. Clinton would be a safe pair of hands, that there’s very little uncertainty there,” said Brad McMillan, chief investment officer for Commonwealth Financial in Waltham, Massachusetts.

“Consumer stocks seem to be catching a bit after having a hard time for probably a month or two,” said Mark Spellman, portfolio manager at Alpine Funds in New York.

Oil prices plunged 3% as hopes for a deal to cut output faded at major producers meeting in Algeria. The S&P 500 energy index fell 0.46%.

Gilead Sciences (GILD) was the top drag on the S&P and the Nasdaq, falling 1.70% after Leerink downgraded the drugmaker’s stock to “market perform.”

Advancing issues outnumbered declining ones on the NYSE by a 1.42-to-1 ratio; on Nasdaq, a 1.92-to-1 ratio favored advancers.

About 6.2 billion shares changed hands on U.S. exchanges, below the 6.9 billion daily average for the past 20 trading days, according to Thomson Reuters data.