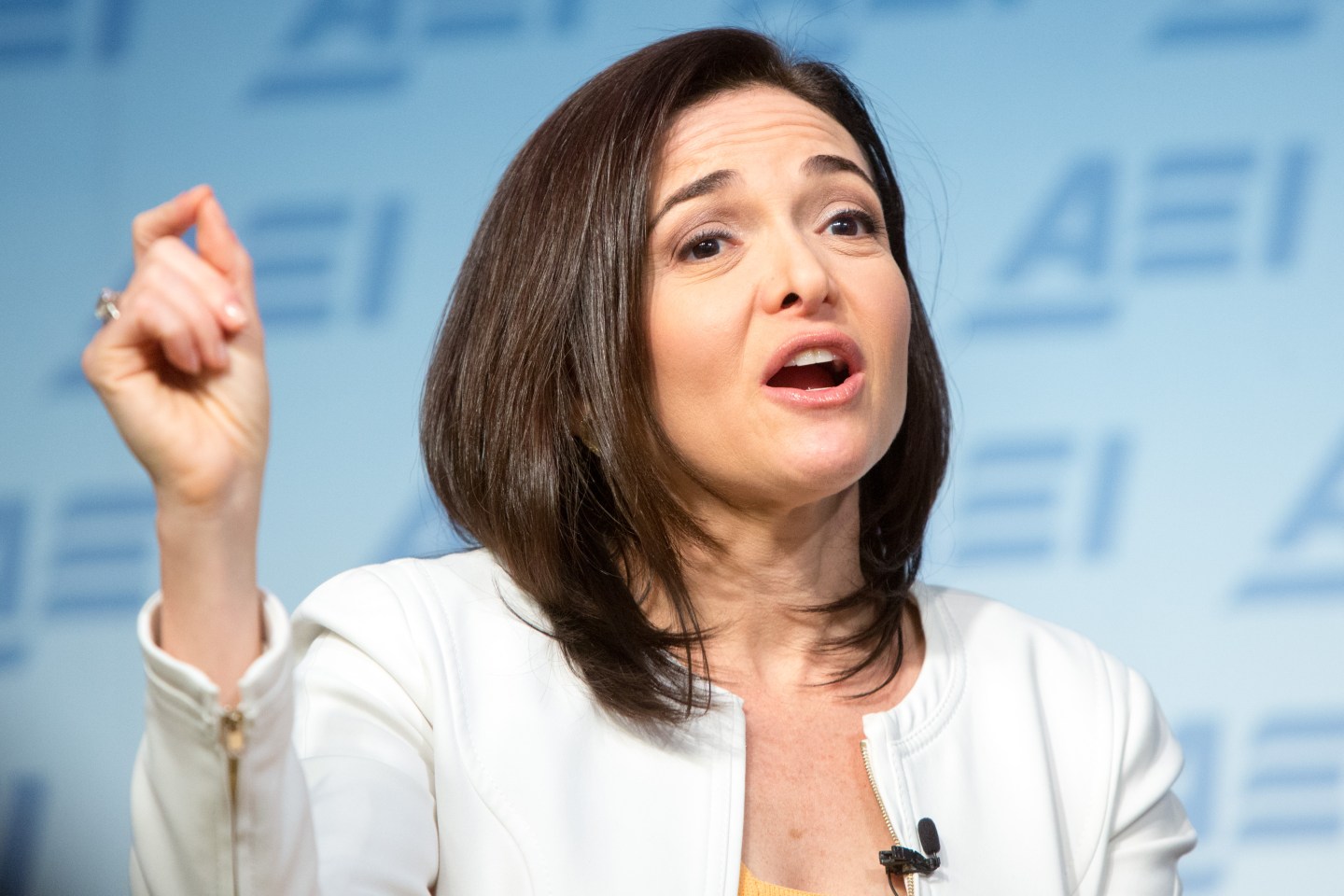 No, Facebook isn’t trying to brainwash you—at least not according to Sheryl Sandberg.

“One of the theories out there is that we are controlling the news,” said Sandberg. “We’re not a media company, we don’t have an editorial team deciding what’s on the front page. Our algorithms determine that based on the connections you have.”

The power that the social media platform has to direct a conversation was demonstrated earlier this month when it removed a Pulitzer Prize-winning photo of a naked girl fleeing a napalm attack in Vietnam in 1972. The decision to take down the photo was related to the platform’s rules against nudity, but nonetheless infuriated users around the world, who saw it as tantamount to curbing free speech.

Norwegian Prime Minister Erna Solberg wrote an open letter to Facebook, writing: “What Facebook does by removing images of this kind, good as the intentions may be, is to edit our common history.”

Sandberg responded to the PM with her own letter, apologizing for the oversight and promising to look more closely at how it polices content. “Even with clear standards, screening millions of posts on a case-by-case basis every week is challenging,” the COO wrote. ”Nonetheless, we intend to do better. We are committed to listening to our community and evolving. Thank you for helping us get this right.”

Aside from its editorial policies, Facebook has been criticized for the way in which newsfeeds encourage users to hear limited points of view. “People worry about what they call social bubbles. Because Facebook is a social media platform, they worry about only hearing one point of view,” said Sandberg on Tuesday.

The effect was demonstrated earlier this year by the Wall Street Journal, which created a graphic called “Blue Feed, Red Feed” to demonstrate the differences in the kinds of content different users are exposed to based on their political affiliations. “Facebook’s role in providing Americans with political news has never been stronger—or more controversial. Scholars worry that the social network can create ‘echo chambers,’ where users see posts only from like-minded friends and media sources,” the Journal wrote in an accompanying piece.

Yet the idea that the social network is causing people to be more limited in their media consumptions them is misguided, said Sandberg. “What Facebook does is give you the ability to hear from more people,” she said, noting that before social media, people would have access to a much smaller network of people and media outlets.