What China’s Jump in Industrial Profits Says About Its Economy 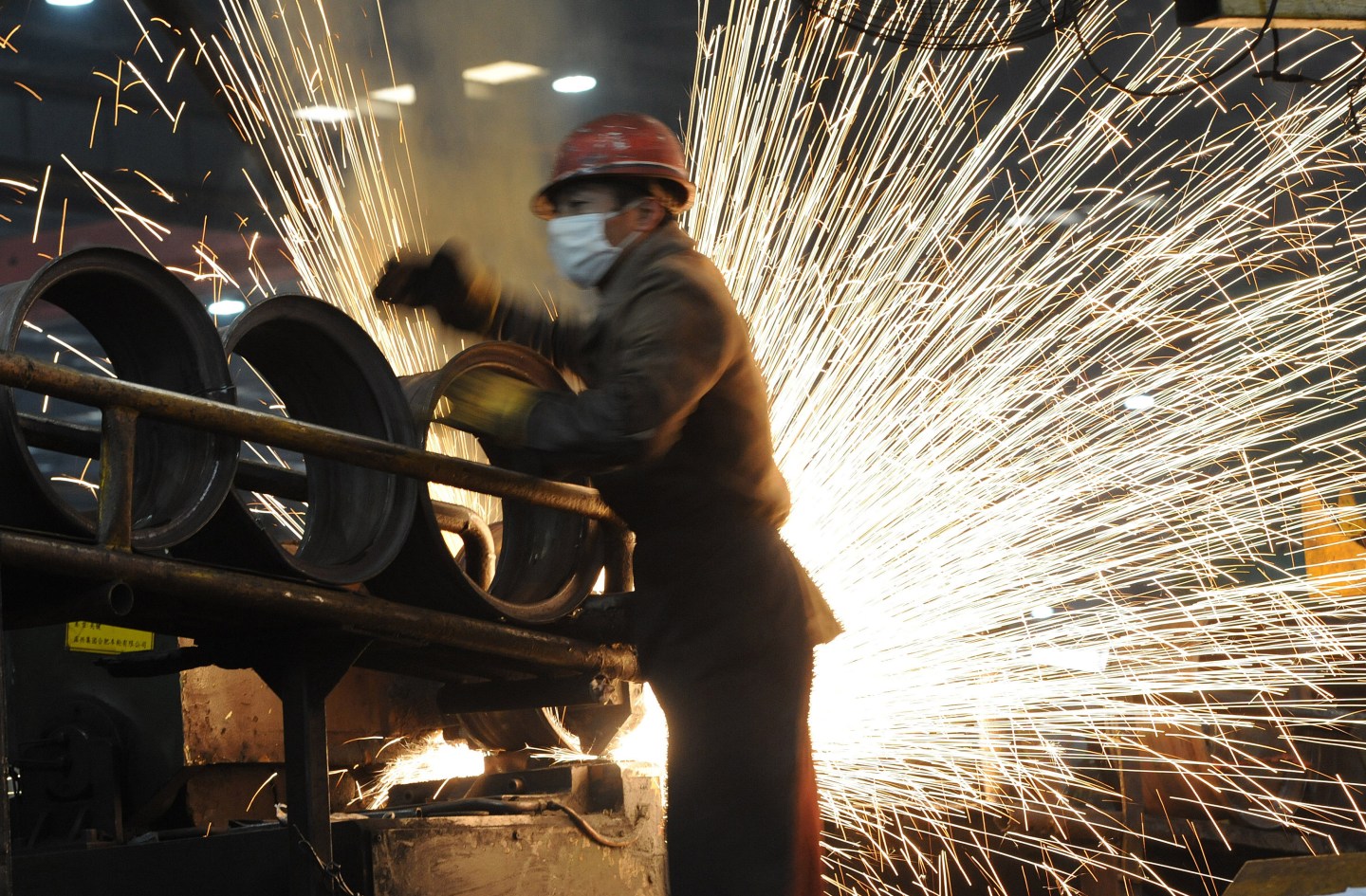 A Chinese worker goes about his chores at a steel mill in Hefei, in eastern China's Anhui province on December 23, 2010. A top US trade official expressed concern over a 'troubling trend' toward Chinese state intervention in the economy, and while lauding the 'many impressive steps' China has taken to reform its economy in the nine years since it joined the WTO, an annual report sent to Congress paints a picture of a reform movement that ran aground in the middle of the last decade. CHINA OUT AFP PHOTO
CHINA OUT AFP PHOTO

Profits in China’s industrial sector rose at the fastest pace in three years as the world’s second-biggest economy showed more signs of stabilizing, though some private forecasters say the improvement may be more fleeting than real.

Profits of industrial firms in August jumped 19.5% from a year earlier to 534.8 billion yuan ($80 billion), the National Bureau of Statistics (NBS) said on Tuesday. That was the largest increase since August 2013.

China’s economy grew 6.9% last year, the slowest in 25 years, as global demand ebbed. Following billions of dollars in government spending and a property boom in the country’s top-tier cities, official data in recent months are starting to point to some stabilization in the economy.

Steel and oil refining helped drive the jump in profits last month, the statistics bureau said, in line with the view that state infrastructure projects and a ramp-up in construction are lifting the basic materials sectors and the overall economy.

In August, the volume of rail freight rose for the first time since December 2013, up 1% from a year earlier, according to data released by NBS on Tuesday.

See also: What China Hopes to Accomplish with Its New $52.5 Billion Fund

“Gross domestic product growth in the third quarter could be faster than the first or second, in the range of 6.7 to 6.8%,” said Liao Qun, chief economist at Citic Bank International.

The Asian Development Bank on Tuesday raised its growth forecast this year for China to 6.6% from its last estimate of 6.5%, citing fiscal and monetary stimulus measures.

But some economists are more cautious, saying the growth drivers are not sustainable on their own in the longer run. The statistics bureau itself also said the jump in profits was partly due to a low base of comparison the previous year.

The surge in industrial profit data was because of government stimulus and a hot real estate market, said Zuo Congying, an analyst at Golden Sun Securities.

“Such a jump is not sustainable. Growth will likely become very low next month,” Zuo said. “We’re still in the big cycle of capacity reduction. The economic situation has not changed.”

The increase in earnings was also fueled by an auto sector that has enjoyed strong sales ahead of the expiry of a tax cut on small-engine vehicles at the year-end, people in the industry say.

By sector, the industrial profit data were also uneven.

Manufacturing profits rose 14.1% in August from a year earlier while mining industry profits fell 70.9% even as coal and steel prices surged.

Domestic coal and steel prices have rallied in recent months due to tighter supplies brought about by the closure of some production to reduce surplus capacity and from restructuring.

China has embarked on a campaign to cut capacity in the coal and steel sectors in the economy’s most significant transformation in two decades.

The restructuring could lead to the layoff of up to 1.8 million workers in those sectors, according to official estimates.

“Another risk is consumer sentiment being undermined as income growth further decelerates and the labor market weakens under continuing industrial restructuring,” ADB said.